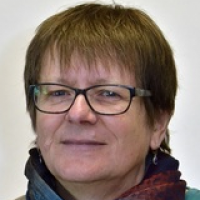 My books are historical fiction of an imagined world, one that is close to Britain, Northern Europe, and Rome, but isn't any of them. A world where a society evolved differently after the Eastern Empire left, where one young fisherwoman answers her leader's call to defend her country, beginning a journey into uncharted territory, in an Empire on the edge of history.

After two careers as a research scientist and an educator, I decided it was time to do what I'd always really wanted, and be a writer. As well as my novels, I've published short stories and poetry. My life-long interest in Roman and post-Roman European history provided the inspiration for my books, while my other interests in landscape archaeology and birding provide background. Right now, I'm writing Empire's Heir, the next book in the series.

Marian L Thorpe has earned excellence awards over time. Here is the glimpse of the accolades clinched by the author. 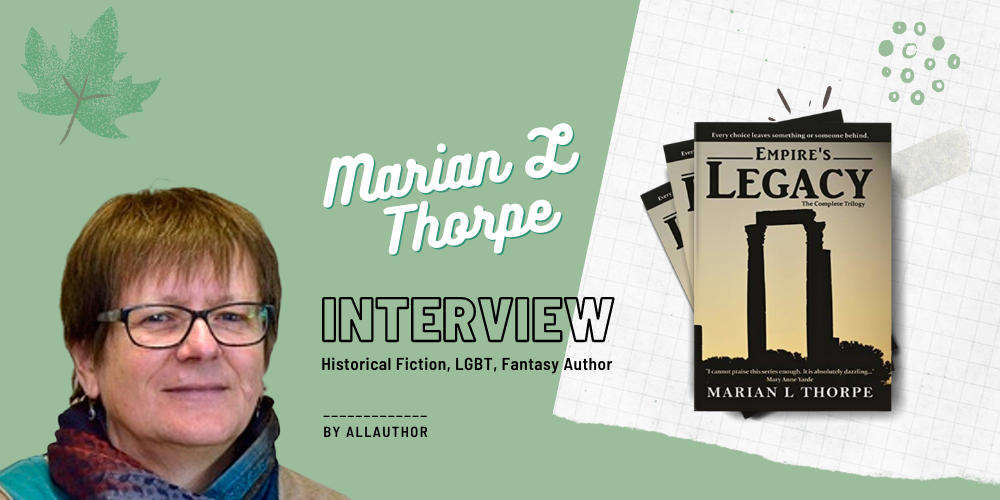 "The writer of historical fantasy, Marian L Thorpe's books are historical fiction of an imagined world. Her stories are written both skillfully and sensitively. Ms. Thorpe does an excellent job of blending a sense of history and fantasy in every book she writes. When she's not writing or editing, she's birding."
Where were you born and brought up? What impact has it had on your writing?

Southern Ontario, Canada. The location had almost no impact on my writing, as my books are set in a version of 7 th C Europe.

The first story I remember writing was a play about an astronaut finding water on the moon. I read it to my parents, I think.

What developed your interest in the history of Britain?

My parents were British immigrants, and Britain was always ‘home’; in addition, my father was a keen amateur historian of the Plantagenet and Tudor ages, so we had lots of history books. As for why Romano-British and post Roman history became my focus, I don’t really know. It just captured my interest.

Why did you decide to write historical fantasy and urban fantasy for mid-teens and up?

Speculative fiction allows a writer to examine societal norms and suggest alternatives in a non- threatening manner; it also can help readers see that human desires and conflicts and needs are universal.

How did you come up with the idea of The Empire's Legacy series?

I started with an image: a fishing village, a young woman, and just wrote. The first book was completely discovery writing – it just emerged under my fingers. After that, I understood my setting and its social structures, and stories developed around conflicts and action, and the related personal development of my characters.

Were you a big reader as a kid too? If so, what were some of your favourite books then?

I was. All of Lucy Maud Montgomery’s Anne series; all of Arthur Ransome’s Swallows and Amazons books; almost anything I could put my hands on, really.

Which was the most challenging book to write in The Empire's Legacy series?

Empire’s Reckoning, both structurally and thematically. It has a two time-line structure, which is a challenge to balance as there needs to be some relationship between the present and the past storylines, and the interweaving of the personal and political stories, which mirror each other to some extent, also stretched my abilities as a writer.

Who inspired the character of Sorley in "Empire's Reckoning: Empire's Reprise, Book I"?

No one person, really. I play a little with traditional ‘fantasy’ tropes, even though my books aren’t technically fantasy, as there is no magic. But there is almost always a bard. So Sorley got that role. He wasn’t supposed to be a main character, though: when he reappeared in Empire’s Exile, it was a bit of a surprise even to me. His music – the quality of his songwriting and his voice – is based on the late Canadian singer-songwriter, Stan Rogers.

Everything we know and imagine, envision and dream, comes from stories.

What is the significance of the title of your book, Oraiáphon: A Novella of The Empire?

Oraiáphon is my world’s equivalent of Orpheus, from Greek myth. Orpheus was a musician of great skill, who took his music to the underworld to plead for the life of his love. In Oraiáphon, Sorley symbolically does the same.

How do you usually get new ideas for your books? Do you use any tricks to get "in the zone" and get your creative juices flowing?

The stories now seem to create themselves, from the politics of the times and the characters’ personalities. They’re following a possible progression of a rapidly changing society – basically it’s a matter of saying ‘What if?’ within my created world, and finding out what the answer is. To get the creative juices going, I generally reread my previous writing.

What are some things that haven't been done in the Historical Fiction genre that you hope to introduce through your books?

What I’m writing is a sub-genre of Historical Fiction that I haven’t got a name for: it’s not really alternative history, because there’s no point of separation from real history; it’s not quite fantasy, because there is no magic. It’s a world based heavily on our own, but slightly different. I’d like to see more of this, people dealing with recognizable, real-life conflicts and constraints, without the assistance of magic or limited to historical solutions.

In what ways are you trying to be more productive during quarantine?

By being very disciplined about writing time and other writing-related activities. Because this is my full-time work, all that’s really changed is that I work entirely from home now, instead of using my university’s library and coffee shops, both of which I love to write in.

I’ve appreciated the graphics, and the Twitter promotions. I probably haven’t used it as much, or as well, as I should have as Empire’s Reckoning took up more of my time and attention than I’d planned in the last two years.

Marian L Thorpe is a thinker and a doer. These are the quotes by famous personalities the author resonates with.

Accept the things to which fate binds you, and love the people with whom fate brings you together, but do so with all your heart.
Marcus AureliusLove 94

Have brimming questions to ask author Marian L Thorpe? Ask the author whatever you like, but keep in the appropriate zone.
** Please note, unanswered questions will not appear on the page and refrain from posting promotional messages.

The author, a good book and you. Contact Marian L Thorpe here.
** No Spamming: Spam is an irritant to regular users or the authors. Please note that bombarding promotional mails/messages is strictly prohibited. Your IP address may be blocked if found doing so.