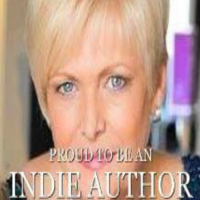 I have always loved writing and have dabbled in one format or another for some years now, mainly creating storylines and character development with my writing partner, Remy Beaumont.

This is my first venture into the world as a novelist. My first book in the "Winds of change series" will be published soon if my family life will allow as I am the main carer to my father who is living with leukaemia.

The main character throughout the three books in the series is Aurore who falls in love in the second book, Kismet. The third book, Destiny, Remy and I have written over a period of years it is ready for the first edit. "A book is not written but edited."


Here is a short synopsis of Fate book one;

Aurore With natural beauty and innocence, if not a certain naivety of the world beyond the estate. Here she lived a protected life with her beloved Pere in her Basque homeland in the Pyrenees. Until Fate cast her destiny to the four winds bringing change, her Pere brutally murdered on her 18th birthday by paid mercenaries. Her world devastated Aurore finds herself in Paris living with her guardian Capitaine Troisville in a totally different world entrenched in the politics of the time as Cardinal Richelieu's spy.

Tom Calder is an ex-surfer who, for the last couple of years, has earned a crust as a private detective. It's not as glamorous as it may sound. Basically, he gets to follow guys around and find out if they're cheating on their wife, and vice versa. And when he's not doing that, he's checking that insurance claims are legit, and not some schmuck trying to pull a fast one. Leaping into the ocean and dragging people screaming to the shoreline is not his normal day to day business. And neither is investigating the murder of a teenage girl whose parents run a successful charity. Chances were, this wasn't going to be an average week. 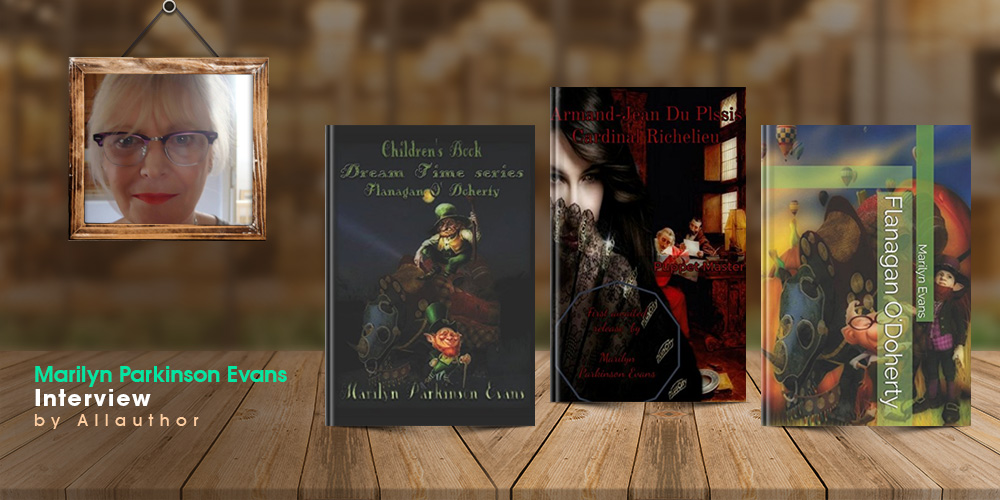 "Marilyn is a well known multi-genre author. The most precious memories of her life have been those time she spent with her mother and grandmother in Staffordshire. Before becoming a writer Marilyn tried many other occupations from a technical assistant to a dietician. She is very particular in paying precise attention to the timeline while writing a historical figure. For further precision, she researches throughout the internet to improve her knowledge of the period she is writing in. We guess that's what makes her a perfectionist in her genre."
What is your most vivid memory of your childhood in Staffordshire? Where do you live now?

“There are so very many memories both my Mother and I lived with my grandmother in Staffordshire, my grandmother been very inspirational in my development until the age of five. Ellise Parkinson spoke frequently publicly for the no more war league, and was a Shakespearean actress. Her influence gave me a profound love of the English language, books and acting, later in her life she become a producer of a theatre company.

What are some of your favourite places that you travelled to due to your dad serving as an air fleet officer?

“Apart from traveling and living in various counties of the UK one of which was in Northern Island when the troubles there were at their worst after this my father was posted to Malta, and later the family went to live in Australia because of my father’s profession, an aeronautical engineer.”

What were you doing before you became a writer and were you happy there?

“Many occupations, technical assistant to a dietician, promotional officer with a large retail chain store, riding instructor with my own yard. My very last post I loved and found very rewarding working with adults and children with learning disabilities. I enjoyed immensely every part of my working life. “

History is filled with so many significant characters and events. How do you choose which stories to tell?

“I don’t really choose my characters for some inapplicable reason they are a part of me and emerge while I am writing. I write with a writing partner on a different platform from novel writing, between us we write seventeen different characters which we have developed over a period of years. On this platform the writing takes on the form of acting or roleplay, I use method acting for these characters much the same way an actor would on the stage.”

What is a golden rule you follow when writing historical figures? What are some tricks you use to put yourselves in the shoes of people born centuries before and write from their POV?

“Research, research and more research. I am very particular in paying precise attention to the timeline, I take a certain poetic license with my characters which are a product of my imagination. “

“The characters always present themselves to me, for instance I am plotting a book which is centred around mythology in the medieval times. I have been aware of the Celtic mythology in Cornwall for many years and it has always fascinated me.”

How did you come up with the characters Aurore and John in your Winds Of Change Series?

“I was invited to write with a talented team of writers who were exploring Dumas’s book the three Musketeer’s. It was suggested to me that Captain Treville could have had a niece, Aurore was born from that suggestion in 2014. John or John Braganza was created in 2015 by my writing partner as part of an ongoing story line. “

Where did you get the inspiration for the Winds of Change Series? Did you originally plan on it being a series?

“Quite simply Aurore was born in the Gascoigne area of France near the Pyrenees mountains every time the winds change so it appears did Aurore’s destiny.” “Sometimes in the winds of change we find our direction” Unknown.

How is the writing of "La Rose Rouge" coming along? What new and exciting things can we expect in the new addition to the series?

Thank you for asking, the book is still in the development stage, setting plots and new characters. There will be a passionate love story threaded through the book, Aurore is still undercover as “The red Rose,

Which was your favourite scene to write in "ARMAND-JEAN DU PLESSIS Cardinal Richelieu: PUPPET MASTER"? And whose dialogue did you have most fun writing?

Oh without a doubt the chapters with Cardinal Richelieu, exploring his character which allowed me to be very descriptive. In these scenes the stronger more dominant side to Aurore emerges, while she was slightly naïve she gains wisdom and strength during her encounter with Richelieu.

How does writing make you feel? Do you think that one can be a successful writer if they aren't passionate about it?

One must have passion but it is more than passion, your characters live within your soul they are an integral part one one’s persona. How does writing make me feel is best described in the Basque song in the prologue of my book;
The bird; Txoria txori
If I had cut its wings
It would have been mine
It would not have flown away
However, it would have been a bird no longer
And it was the bird that I loved
Translation from “Colloquial Basque”
Without my writing my wings have been clipped!

Who are some of your historical romance author role models? Have you ever reached out to any of them?

One writer impacted on me at a very early age, D. H. Lawrence. His descriptive writing blow me away. Rebecca by Daphne du Maurier the wildness of Cornwall sparked my imagination having lived there for some years. I have walked the coastline where part of the book is set with the wind blowing and the seas black and angry, and ridden on the moors at goonhilly downs between the yellow gauze and treacherous bogs.

Do you ever think of writing a contemporary romance in the future or have you found your home in the historical romance/fiction genre?

I am working on a book for the future which may take in both genre historical/mythology and romance.