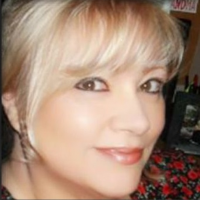 Hi. I was born and raised in upstate New York on the shore of the Oneida River, close to Oneida Lake. As a only child, I developed a love for reading and eventually writing my own adventures. As a wife, mother, grandmother, and avid storyteller, I entwine science-fiction, fantasy and mystique, with realism, spiritualism, and historical actualizations. We now live in the south were both the climate and people are warm and friendly.
My favorite quote is from Actress and Civil Rights Activist Josephine Baker: “The day will come when color means nothing more than the skin tone, when religion is seen uniquely as a way to speak one's soul, and all men are born free. Only understanding this, will enable us to breed love and brotherhood.” “This,” I hope, “Will one day come to be!” 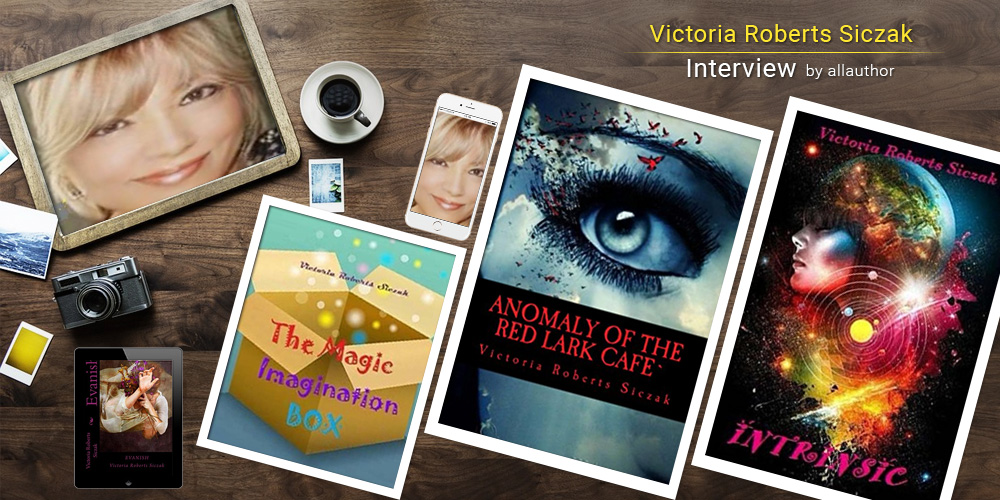 "Author Victoria Roberts grew up on the Oneida river and spent a lot of her free time fishing or enjoy boating and swimming. She always loved science-fiction and fantasy and loved any book by authors like Jules Verne, Tolkien, Stephen King, etc. Her father was an avid reader and always bought her a book for Christmas and her birthday, which eventually led to Victoria owning her own library of over 100 works. She is presently writing a collection of short stories entitled "Murmurs of Madness”, a tale which involves visions, voices, and visits from an alternate domain."
Where exactly is Oneida Lake located? Did you visit this place a lot as a kid? If so, what's your favourite memory of the place?

Oneida Lake is located about fifty miles South of Lake Ontario in Central New York. I grew up on the Oneida river and my parents and I used to travel up to the lake to do some fishing or enjoy boating and swimming. There was an amusement park there and we would more the boat and wade ashore and spend the day there too.

What or who got you into Science Fiction and fantasy? What are your favourite and least favourite things of this genre?

I always loved science-fiction and fantasy...I never missed an episode of Star trek and Lost in Space. My favorite authors were Jules Verne, Tolkien, Lovecraft, and later on Stephen King, Dean Koontz, Straub, and Anne Rice.

Besides your writing career and your family, what is something that motivates you to get out of bed in the morning?

I am care giver to my mom and I love to play dates with my grandchildren. When I am not writing, I have an extensive library with classics, and genres of over 100 books. My father always bought a book for me for Christmas and my birthday. He was an avid reader, and inspired the same love of reading to me.

What is one thing you hope to do or accomplish before you die?

I would like to see my grandchildren live in a world of peace, with tolerance, respect and acceptance of everyone and everything in this world. I would also like to see if there are any living life forms on other planets and if there are multiverses out there!

What is the Paradoxical Series about? Who are some interesting people you met or learnt about while grounding your research for this book?

Paradoxical is the journey into the unknown dimensions of space and time. Mystics, spiritualists, scientists, and psychics seek answers to the unknown paradoxes of our existence. Worlds, dimensions and the astral planes have been jeopardized. What lies beyond our perception of the universe...and God? Will we acknowledge the Universal and Divine wisdom to our continuance? Or will man and everything in creation cease to exist...in the present, past and future!

Have you ever had a paranormal encounter? If so, can you tell us about it?

When we were first married and living in a secluded area on the Oneida river, my husband said there was something that came across the river and looked in at us. I didn't see it, but one night when I was holding my baby daughter on my lap...she pointed out of the picture window and asked what was that. There was nothing out there...shiver, shiver.

How did you get the idea for the books "To Risk Extinction"? With science and technology progressing the way it is, do you think that this fictional scenario could easily become reality?

I got the idea for this book while my father was in the hospital with cancer. I was there for weeks visiting him and I talked to doctors, nurses and aids daily. I remember one young nurse saying she didn't know what was worse...having cancer or aids. And then she said, if only people would use protection or refrain from having sex until the aids epidemic was under control...click! That's where To Risk Extinction came from.

Which myths or folktales did you incorporate into the book "Evanish"?

I am 1/4 Oneida Indian on my father's side. We often visited the Oneida reservation in Oneonta NY. I used to love to listen to the storytellers speak of the myths and legends handed down from generations.

How do find the balance between science and fantasy in your writing? What kind of scientific research was involved in your book "Intrinsic"?

I think every sci-fi and fantasy should have evidence that an alternate reality could really exist. So I like to research the technical and scientific aspects as well as the mythical and paranormal.

What is it about Native American heritage that you find most interesting? Did you get to speak to a native American when you were writing "Anomaly of the Red Lark Cafe"? What do you think makes this book special?

My ancestry has always been intriguing to me. Native American spiritualism and beliefs have survived through the pericusion of heritage since the Europeans arrived. I actually know the owner of a small cafe in East Tennessee that sells dreamcatchers and other crafted articles. Plus the history of the Civil War is rich in the South.

Do you, as an author, face any sort of discrimination or prejudice in any way? If so, how do you usually deal with it?

I have always been a loner and preferred spending my time reading. My peers thought I was weird, quiet and poor because our house was small and jacked up on stilts because of flooding from the river. It wasn't until years later, I was called an introvert...but now I realize that's just me as a writer.

If you could time travel, which time period would you go to and what would you change?

I would like to go back to the late 1700's...early 1800's, to change how the Native Americans and African Americans were treated back then.

What are some important Dos and Don'ts that all writers follow?

Characters become real to us. One of the problems I face is having empathy with even the worse ones. I have to make it seem that they had good as well as bad traits. Sometimes I have trouble killing characters off.

Are you planning to publish another book in the near future? If so, may we know what it is about?

I am presently writing a collection of short stories entitled "Murmurs of Madness." It's about tales involving visions, voices and visits from an alternate domains...or the minds of the characters. I'll leave it to the readers to decide.