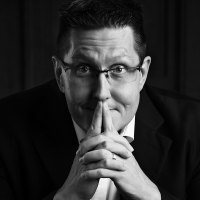 I grew up in the small, rural town of Boring, OR with my six brothers and sisters.

After graduating from High School in Gresham, OR, I attended BYU-ID and received my Associate's Degree in Pre-Med. After that, I returned to Portland, OR, and attended Portland State University, where I earned my Bachelor's Degree in Biology/Pre-Med before changing my career track to Architecture.

After graduation, my wife and I moved to Phoenix, Arizona, where we adopted four children over the next eight years.

I currently live in the Salt Lake City area, where I am an Associate Member of the American Institute of Architects (AIA) and the League of Utah Writers.
​
My other interests include movies, singing, and motorcycles

Nicholas Adams has earned excellence awards over time. Here is the glimpse of the accolades clinched by the author. 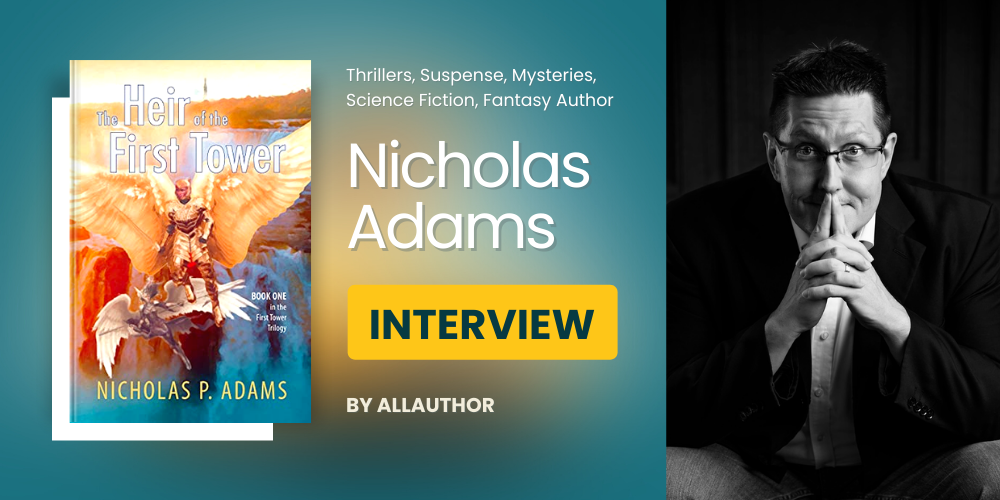 "Who knew a small-town boy will one day become a 7-time Writers of the Future award-winning author? Nicholas P. Adams made it happen! Growing up in the small, rural town of Boring, Nicholas dabbled with poems and short stories in his 20s. He is an Associate Member of the American Institute of Architects (AIA) and the League of Utah Writers. He enjoys movies, singing, and motorcycles."
Tell us a little bit about yourself. Your background, your likes and dislikes, etc.

See my bio at http://www.nicholaspadams.com/about-me.html

Do you think your degree in Architecture has given you any sort of edge?

When it comes to world-building, yes. I find myself more richly engrossed in stories that have greater detail of the built environment, especially with speculative fiction. Architecture is an expression of culture. Strange, new worlds, in which the author describes the details of the built environment, provide insight into the history and people of a story. I like to describe how the characters of my stories live, commute, communicate, cook, worship, entertain, administer laws and punishments, etc. A character's built environment has an influence on their beliefs, assumptions, and worldview.

Which suspense novel did you read that captured you and made you decide to write one of your own?

There wasn't a particular novel that sparked my interest, but it was how stories fueled my own imagination.

At what age did you begin writing your first story? What was it about?

Technically, I dabbled with poems and short stories in my 20's. My first story was a metaphor for my first serious relationship in which two small children (Jimmy and Jamie) became best friends, Jamie teaches Jimmy how to build sandcastles and then has to move away, but Jimmy never forgets her.

How did your friends and family react to your first book?

They were extremely supportive, and even amazed that I'd written something with complex storylines and over 100K words.

How many scenarios do you run through in your head before you finally pick the scene where the two protagonists meet?

I never really thought about that. It depends on each story. Although, with each new story I plot more and 'pants' less. It's safe to say the variations are increasing exponentially.

What is the hardest part about writing from the female point of view? How did you overcome it?

Using emotional reasoning when articulating their POV or motivations. One could say I follow Jack Nicholsons' famous line from "As Good As it Gets." "I think of a man, and then take away reason and accountability." When I'm writing from a female POV, I try to rely on what they would feel is right more than what they think is right.

The story in your book "Heir of the First Tower" is set in Pirth’Vee Grah. How did you come up with this idea?

I needed a second-world fantasy setting because of the emotionally charged human issues I was exploring: politics, religion, morality, and truth. Who's ideas are best? Who follows God's will vs their interpretation of His will?

What is one writing cliche in the suspense genre you promised yourself you would never use?

The unstoppable/infallible hero/heroine. I hate these guys. Everything always works out because they have a secret backup plan for every secret backup plan. No matter what happens around them, they're meticulously prepared for it. They're so boring.

Do you like to focus more on descriptions or on dialogue?

I need a balance of both when I'm writing, whether it's spoken or inner dialogue. I like my dialogue to have plenty of body language or spatial cues (where are they, where are they going, are they sitting or standing). One thing that causes me to lose interest in a story is when I come across paragraphs and even pages of dialogue. Along with this is my pet peeve of the use of "said" in a book. I've read countless articles where it's the acceptable tag to use, but I think it's overused because authors are afraid to go against someone else's standards. There are so many wonderful ways to describe the manner of a person's speech that "said" just doesn't cut it. Plus, when listening to audiobooks, hearing "he said" and "she said" a thousand times is like a ball-peen hammer on my ears.

How do you decide on how to end a book?

In my novels, I stick with tradition and make it a resolution of the initial conflict. But in my short stories, I like to end with a twist the reader didn't see coming. It's not easy to do, but when done right the reader will be surprised and then realize the breadcrumbs were there all along.

If you could have an all-expense paid vacation for two, where would you go and who would you bring with you?

First, there's no question I'd bring my wife. As to where; I would love to take a two-week cruise in the Mediterranean.

Have you ever made any of your friends of family cry with one of your books? Have you ever cried while writing a book?

Yes. An author friend told me she cried with sadness, and later with joy, while reviewing The Heir of the First Tower. I didn't shed tears, but writing the scene that made my friend cry was difficult. I had to take a few days off from writing before I could resume onto the next chapter.

My WIP is about a submarine salvager who discovers the lost space exploration vessel on which his grandfather disappears and learns what happened to the crew. My themes include duty, loyalty, family, toxic femininity, and narcissism. A new short story idea is how a killer freezes his potential victim in a bubble of time and determines if the person is worth sparing or not. I'm calling it "In the Blink."

Finally, how would you describe your experience with AllAuthor? Has it been useful and would you suggest this platform to other authors?

I'm enjoying the experience. I've found the Pro membership to be a worthwhile investment and would recommend it to other authors.

Have brimming questions to ask author Nicholas Adams? Ask whatever you like, but keep it appropriate.
** Please note that unanswered questions will not appear on the page. Refrain from posting promotional messages.

The author, a good book and you! Contact Nicholas Adams here.
** Please refrain from spamming and don’t bombard the author with promotional mails/messages. Your IP/Email address may be blocked if found doing so.