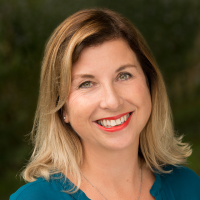 Nicola May is a rom-com superstar. She is the author of sixteen romantic comedies, all of which have appeared in the Kindle bestseller charts. The Corner Shop in Cockleberry Bay became the best-selling Kindle book in the UK, across all genres, in January 2019, and was Amazon’s third-bestselling novel in that year. It spawned three sequels, followed by the hit Ferry Lane Market trilogy. The Hub is out SUMMER 2022 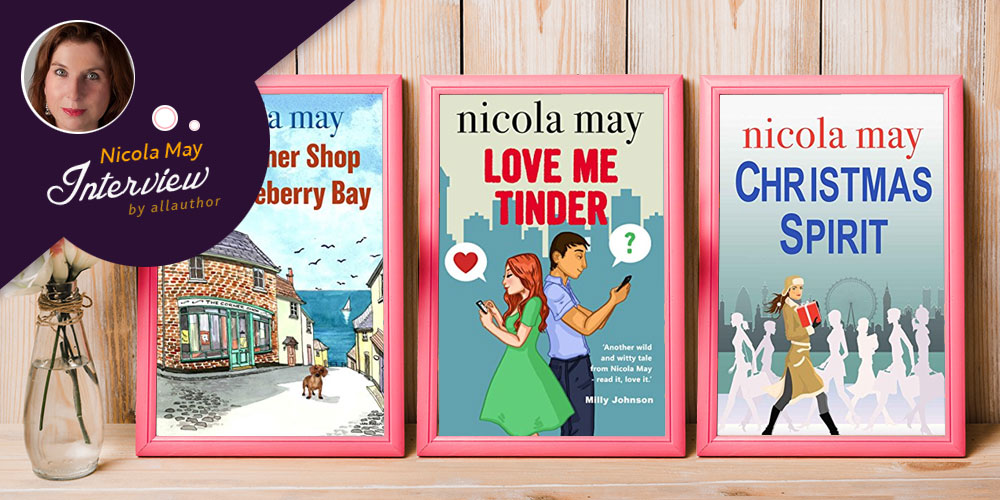 "An avid reader as a child and teenager, author Nicola May grew up in Ascot in Berkshire. She didn't set about to become a writer. She used to write a diary and realized that she was creative in her writing so it all started from there. She thinks that every one of her lead characters has a little bit of her in! Marian Keyes was her main inspiration to start writing the genre.
Nicola is very real in the way she writes. She doesn't sugar coat life or character traits.
The author is back down in Cockleberry Bay and is currently working on the sequel."


How would you describe living near the famous Windsor Castle in a few words? Where did you grow up?

I grew up in Ascot in Berkshire which is near to Windsor Castle. It's a great area to live in as I can walk in the grounds of Windsor Castle which is a beautiful and historic park.

What were your career plans when you were growing up? What did books and literature mean to you then?

I was always an avid reader as a child and teenager. I didn't set about to become a writer. It just happened. I used to write a diary and realised that I was creative in my writing so it all started from there.

From where did you rescue your cat, Stan? What do you love the most about her?

Stan is a big black and white boy! He was at an RSPCA centre near to where I live and he was so sweet as a kitten I could not resist him. His character is what I love most about him. He is really naughty, always bringing mice and birds into the house and wakes me up by jumping on my in the bed when he is hungry.

Do you think that there is a need for good contemporary romance in the book industry? Why or why not?

Yes of course everyone needs a bit of romance in their lives! And my novels don't just focus purely on the romance. There are always other plots running to add intrigue.

What are some ways in which you hope to inflict change through your books?

Romance has been looked at predominantly as a female readership but I like to write so that both sexes can enjoy equally.

Do you prefer planning everything out and then writing your books or do you just start and see where it takes you? Sometimes, even planned out stories can take on a life of their own. So, what is one book whose plot really surprised you and really took on its own twist?

I usually get the main idea and have a rough idea of the plot, then just write and see where my characers take me. The Corner Shop in Cockleberry Bay took a surprise turn as I added a hit and run mystery alongside the mystery of who left Rosa the shop, plus she finds out her true heritage. It has vast intrigue, as well as romance and I think that is why it has been so successful.

What are some characteristics of the character Cali Summers that you relate to? What is your trick to building relatable and interesting characters?

I think that every one of my lead characters has a little bit of me in! Like Cali Summers I too dated on Tinder and almost got conned by a very suave man who said he was a formula one engineer! I am very real in the way I write. I don't sugar coat life or character traits. None of us are perfect all of the time.

What is the central theme around your book "Christmas Spirit"? Did you expect it to win the BEST SHORT STORY AWARD - FESTIVAL OF ROMANCE? What was your reaction?

I was absolutely delighed to win this award, especially as the book took me only three and a half days to write. It is such a spiritual little book and I was so drawn in by the story I created. The central theme is that Evie Harris splits from her partner just before Christmas and due to a chance encounter ends up working in a homeless shetler on Christmas Day. She strikes up an unlikely friendship with homeless man Yves. And then, begins a journey of spiritual awakening all set against the sparkling winter backdrop of London landmarks. The ending always makes readers cry.

What or who was the inspiration behind the book "The School Gates"? What sort of audience do you hope to reach out to through this book?

I used to do the school run and pick up my nieces if my sister was busy. I used to notice the different 'types' of mum's at The School Gates and though how interesting it would be to develop each of these characters and really delve into what happens when the niceties of the school gate chat is over and the reality of real life hits. Obviously it does attract mums but also a lot of single women have read it and really enjoyed it as it's not just about the school and children, there is a lot more to it with regards to deeper relationships.

When did you start writing romance books and what was it that motivated you to? How is writing a romance story different from writing a women's fiction?

I started writing around 20 years ago. I've always loved reading romance/chicklit books. Marian Keyes was my main inspiration to start writing the genre. I think my books can be classed as women's fiction anyway.

What sparked the idea for the book "Let Love Win"? What did you enjoy the most about writing this book?

Let Love Win is the sequel to Working it Out. Loads of readers loved Ruby Matthews so I thought it fitting to keep her life going in another novel. Spoiler alert is that she suffers a bereavement of somebody very close to her and doesn't know how she will cope. My mother died when I was just 17, so I wanted to express grief in a way that everyone would understand. Sometimes romantic comedy can be very dark. It has the comical element as Ruby sets up a club for bereaved men and women. I created some interesting and funny characters who carried the story brilliantly. As well as of course the underlying love story that I needed to fit in.

What are some things that a lot of authors go through that not many people know about?

I think people might think it is a glamorous job. But in reality, we are sitting alone alot, swearing alot and trying to get as many words down in an order that not only makes sense but entertains too.

How do balance humor and romance in a story? How difficult it was to write the touching romantic comedy "The Corner Shop in Cockleberry Bay"?

I don't think consciously about the balance. I just come out with some one liners now and then from the characters who create the humour. I had a little writer's block in the middle of The Corner Shop in Cockleberry Bay, but when I worked out I would use letters to tell the back story of Rosa's heritage everything just started to flow.

I'm back down in Cockleberry Bay, in my mind that is, working on the sequel. I'm not much of a planner, but plan is just to keep writing whilst the demand for romantic comedy is there. Then maybe I will throw in a thriller or two for good luck!

When did you sign up as a member on AllAuthor and what have been your favorite parts? Is there anything you dislike or think needs work?

I signed up a few months ago. My favourite parts are the assistance in production of graphics to use on social media and the constant posts that AllAuthor throw out to the world too. AllAuthor are always available and are very easy to work with. It is also a very reasonable service to indie authors just starting out.

Ask Nicola May a Question

Have brimming questions to ask author Nicola May? Ask the author whatever you like, but keep in the appropriate zone.
** Please note, unanswered questions will not appear on the page and refrain from posting promotional messages.

The author, a good book and you! Contact Nicola May here.
** Please refrain from spamming and don't bombard the author with promotional mails/messages. Your IP/Email address may be blocked if found doing so.