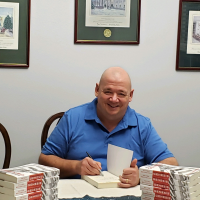 Captain Peter J. Bergeron is a twenty-seven-year veteran of the U.S. Coast Guard and a trained intelligence officer with a Master’s in Strategic Intelligence from the Defense Intelligence College, an MBA from the Sloan Fellows Program at the Massachusetts Institute of Technology, and a Bachelor of Science in Government from the U.S. Coast Guard Academy as a proud member of the class of 1983. Go Bears. He spent three years at the White House Military Office as a Program Manager and intelligence officer to the President. He has intimate knowledge of the operations of the U.S. Military, the intelligence community, and the White House at the most senior levels of the U.S. Government. During his Coast Guard career, he served in six Coast Guard cutters with four commands and conducted counter drug operations throughout the Caribbean and the Eastern Pacific. He also served as the Chief Collections Officer for the Seventh Coast Guard District in Miami. He is currently the Director of Security for the Canaveral Port Authority in Cape Canaveral, Florida. He was born and raised in Keene, N.H. A huge sports fan and avid fly fisherman, he now lives in Palm Bay, Florida with his wife Debbie of 36 years and the cat Bill. 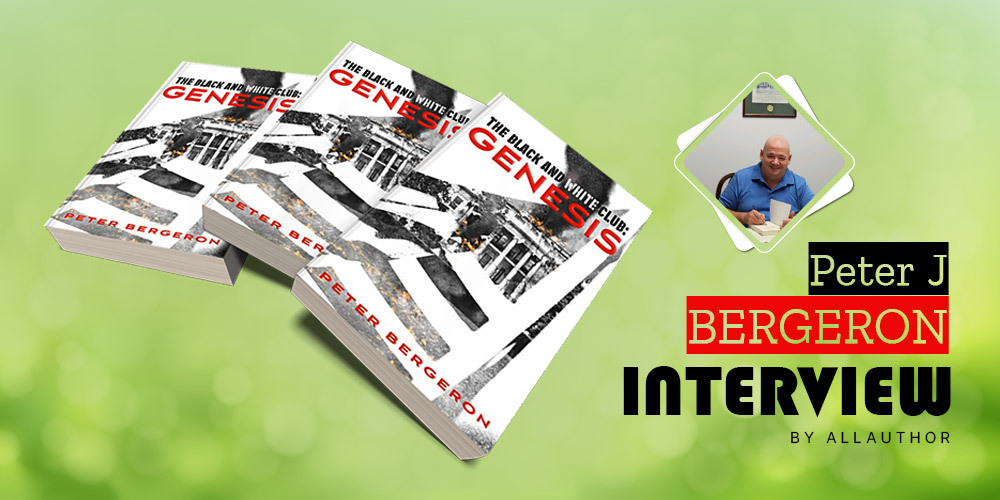 "Peter Bergeron has always liked telling stories. His brother-in-law John Maxtone Graham encouraged him to start writing. Peter's vivid descriptions make it easy to visualize the characters, places, and events as they unfold chapter by chapter. Twenty years of research went into his book since he first got the idea for The Black and White Club."
Born and raised in Keene, N.H., which is your favorite childhood memory?

My family owns a camp on Martin Meadow Pond, which is one of the locations in my book The Black and White Club: Genesis. We spent Summer’s at Martin Meadow Pond and Lancaster, N.H. My best friend growing up was Skip Eastman. Unfortunately, Skip is no longer with us. He passed away from cancer about five years ago. My favorite childhood memory is spending every Summer with Skip, swimming, fishing, hiking, camping, playing cards, games, eating watermelon, playing Monopoly, and poker. I even named the Mayor of Lancaster in the book, Connie, after his Mom. Not a day goes by that I don’t think of those wonderful days of Summer.

Since how long have you been living in Palm Bay, Florida, with your wife?

I first moved to Florida in 2015 to Jacksonville, Fl. We spent a year in Jacksonville until I realized they have a real winter in Dec and Jan with temperatures getting down in the 20’s. In 2016, we moved 200 miles South to the warmer climate of Palm Bay, Fl.

What inspired you to start writing?

My brother-in-law John Maxtone Graham was a famous writer and lecturer on cruising and cruise liners. I have always liked telling stories, and he encouraged me to start writing. I started keeping a journal with me when I was in the Coast Guard. I took notes on people, places, and operations. I had 20 years of notes. I wrote the book in my head before I finally put pen to paper.

Being an MBA from the Sloan Fellows Program, what has been your most challenging or rewarding academic experience so far?

Completing the Sloan Fellows program was my most challenging academic experience. The program compresses an entire 18-month program into 12 Months. We spent six weeks in the Summer completing an entire Semester worth of work, which required taking classes from 9 to 5 six days a week. Also, my class of 54 had 38 students from foreign countries, and English was not their first language. We divided up into workgroups of 4 with one English speaker per group. In addition to doing my work, I also reviewed the submission of my teammates for correct English. Unlike my classmates, business was not my profession. I had to play catch up on accounting, marketing, economics, strategy, and modeling. As a group, we quickly figured out everyone’s strengths and divided up the work accordingly. No one successfully finishes the program as an individual, but as a team, we were unbeatable.

Has your wife read your first book? What was her review?

This question made me laugh. My wife, Debbie, was my first reviewer. If she liked the book, I would keep writing. If not, I would find a different line of work. She loved it, and I finished the book. I also used seven more beta readers before I went to print. Everyone loved it. My make or break critique came from a professional editor, who proofed my book. I did not know this person. The critique was outstanding, and I included it on the back jacket of the Black and White Club: Genesis.

How much did you research while writing your book, The Black and White Club?

Twenty years of research went into my book since I first got the idea for the Black and White Club. I kept detailed notes for my entire 27 year Coast Guard career. I also did extensive research while I was writing the book on military weapons, locations, characters, and operations. Everything in the book is real or based on some truth. Part of the allure of the Black and White Club is what is fact and what is fiction.

How did your intimate knowledge of the operations of the U.S. Military help you in writing your first book?

My military experience added realism to the scenes involving the military, law enforcement, and government operations. I know how things work. How operators talk and how the bureaucracy at the White House works.

Who inspired the character of President Roosevelt in The Black and White Club?

At the end of WWII, the United States had an extensive World Wide intelligence collection agency called the Office of Strategic Services headed by William Donovan and created by President Roosevelt. President Truman did not like Director Donovan's plan for the future of the OSS. He thought it had the earmarks of a Gestapo. On September 20, 1945, six weeks after he dropped America's atomic bombs on Japan, the president of the United States fired Donovan and ordered the OSS to disband in ten days. America's spy service was abolished. The premise of my story is the OSS was not abolished. It became a secret government intelligence agency called the Black and White Club, founded by President Roosevelt, to protect the agency he created after the end of the war.

How has been your experience of spending three years at the White House Military Office as a Program Manager?

As a Program Manager at the White House, I had access to all of the buildings, rooms, and secrets of the White House complex called the 18 acres. I have personally been in the West Wing, the Oval Office, the rose garden, the New Executive Office building, and the White House briefing room. I used this knowledge to create vivid descriptions of offices and secret conference rooms, which brings an insider's realism to book.

What challenges did you face to write the character of FBI Special Agent Joshua C. Martin?

One of my favorite writers, Lee Child, said all good books must have great characters to be successful. Everyone remembers the Lone Ranger. No one remembers a single plot of the series. My challenge was to make Josh Martin a likable, memorable, funny character, which the reader could root for, but also a character who did what was necessary to preserve the American way of life. How do you make a trained killer a likable character?

What are common traps for aspiring writers?

Don’t put off writing. If you want to be a writer, start writing now. Don’t wait until tomorrow, or next week, or next year. There will never be enough time in your day to start writing. You need to make time. Also, do not self-edit until you finish your rough draft. If you constantly go back and edit your work, you will have a flawless first chapter, but no book. Make a specific time every day to write. I write first thing in the morning, so I am not distracted by a day’s typical events. Also, write by a word count. I write 1000 words for every writing session. I may write more, but I always hit the 1000 word count. Have someone you respect verify your word count when you start and stop to keep you honest. My wife, Debbie, is my taskmaster.

Start writing now. You have the talent to be a writer.

I don’t have any shower thoughts, but most of my best writing ideas come while I am sleeping. I have plots for three more books in the Black and White Club series. I also work through plot issues with my current project while I sleep. I keep a notebook by my bed to jot now notes when I wake up.

AllAuthor is a fantastic website, who continually seeks new ideas and methods to promote authors and their books. I am a customer for life.

Have brimming questions to ask author Peter J Bergeron? Ask the author whatever you like, but keep in the appropriate zone.
** Please note, unanswered questions will not appear on the page and refrain from posting promotional messages.

The author, a good book and you. Contact Peter J Bergeron here.
** No Spamming: Spam is an irritant to regular users or the authors. Please note that bombarding promotional mails/messages is strictly prohibited. Your IP address may be blocked if found doing so.