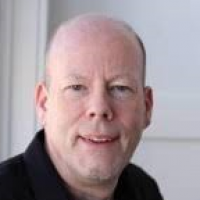 Alan R. Warren is the Host of the Popular True Crime History Radio show 'House of Mystery' Recorded in Seattle at the KKNW 1150 A.M. Alternative Talk Radio studio and Syndicated throughout the U.S. on the NBC News Talk Radio network, including in Los Angeles/Riverside/Palm Springs on KCAA 106.5 F.M. and KYAH 540 A.M. Salt Lake City, KJLL Roswell and KOII Falgstaff. Previously heard on KFNX 1100 A.M. Phoenix, and the Z Talk Radio Network. It can be Heard online many Different places from iTunes, YouTube , Tune-in, Stitcher Radio, IHeart Media/Spreaker , Podbay, Podomatic and at http://www.somethingweirdmedia.com/house-of-mystery/

Al Warren has his Doctorate in Religious Studies (DD) , Masters Degree ( MM) in Music from University of Washington in Seattle , Bachelor of Arts (BA ) Criminology from the University of British Columbia in Vancouver , B.C. Canada and Recording & Sound Engineering Diploma from the Juno Award Winning Bullfrog Studios in Vancouver B.C. Canada
He got his start on Digital Radio for the Z Talk Radio Network and still produces several shows for them.
Al Started Writing for Articles in True Case Files Magazine and is still a Contributor, That as led his to Finishing his first Novel in True Crime for RJ Parker Publishing to be Released later this Year!
Now He Owns Something Weird Media in Canada where he Produces Several Talk Radio Shows including Dark Shadows ( Conspiracy, Cover-ups and Alternative History) Lost in Space ( Everything UFO's) Julie Sav Show ( U.K. Paranormal Show ) Land of the Giants ( Cryptozoology) and House of Mystery ( True Crime, Serial Killers and Unsolved Crimes) and Coming Soon Murder House ! 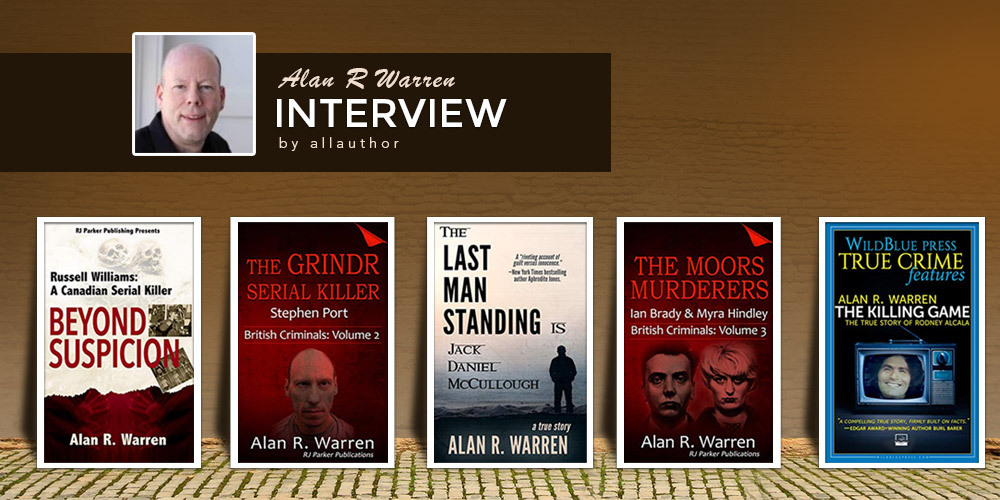 "Alan R Warren grew up in the suburbs of Vancouver, B.C. Canada. The author never thought of being a writer. He always dreamed of radio and started to DJ as a kid. He likes cases that show readers how the justice system works from the inside. He is the host of the popular true crime history radio show 'House of Mystery' recorded in Seattle at the KKNW 1150 A.M. He got his start on Digital Radio for the Z Talk Radio Network and still produces several shows for them. Currently, he has just finished 'Women in Chains’ about human trafficking."
Where did you grow up as a child? What was your favourite holiday as a child and why?

In the suburbs of Vancouver, B.C. Canada Thanksgiving holiday because of the Turkey dinner

Did you always dream of becoming a writer? How and when did you decide to become a Radio Host?

How did you ended up hosting the Popular True Crime History Radio show 'House of Mystery'? If you were hiring a person for this job, what would you look for?

As an Author, what do you believe is your best asset? What three words would you use to describe yourself?

At what age, exactly, did you start writing books? What was your first story about and do you plan on ever incorporating those early ideas into a published book in the future?

How do you think holding multiple degrees in Religious Studies, Music, Criminology and Recording & Sound Engineering has contributed to your skills? Do you write about your college days in your books?

What kind of experience do you have performing producers' duties for the Z Talk Radio Network?

How did you begin with writing the True Crime that shocked the nation in the book, "Above Suspicion?" Did you expect it to become a best seller?

It was a project I had, and I didn’t expect it to sell well at all , and now there’s a second updated version of the book with more information- the original was just a short read that was part of a book series

What were some of the harder aspects of depicting the true story of Rodney Alcalain in "THE KILLING GAME?" What about the story do you love and hate the most?

Are there any "rules" that you like to stick too when writing True Crime? What draws you in the most about this genre?

What was the most challenging part about making Crimes Canada: True Crimes That Shocked the Nation a 19 books series? Which book in the entire series took the longest to write?

How was your experience of collaborating with RJ Parker while writing the book, "Beyond Suspicion?" How much time did you spend reasearching and studying the case?

That was almost two years , always good working with RJ

Share with us the best advice you've ever received. When it comes to writing, what are some of your hopes and ambitions?

Can we expect any more books to be added to the Crimes Canada: True Crimes That Shocked the Nation series? What are you working on at the moment?

I’m not sure about the Canada series, that’s up to the publisher - currently just finished ‘ Women in Chains’ about human trafficking