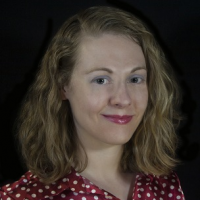 Randee Green’s love of books was born not long after she was. While most young children were tearing out the pages, or using them as coloring books, Randee was trying to teach myself how to read. It was while Randee was in junior high school that she truly began to focus on refining her skills as a writer, and she hasn’t stopped since. In the meantime she’s earned a Bachelor of Arts in English Literature, as well as a Masters and a Master of Fine Arts in Creative Writing. When Randee isn’t coming up with new ways to kill off people in her mystery novels, she’s usually reading, indulging in her passion for Texas country music, traveling, or hanging out with her favorite feline friend, Mr. Snookums G. Cat. 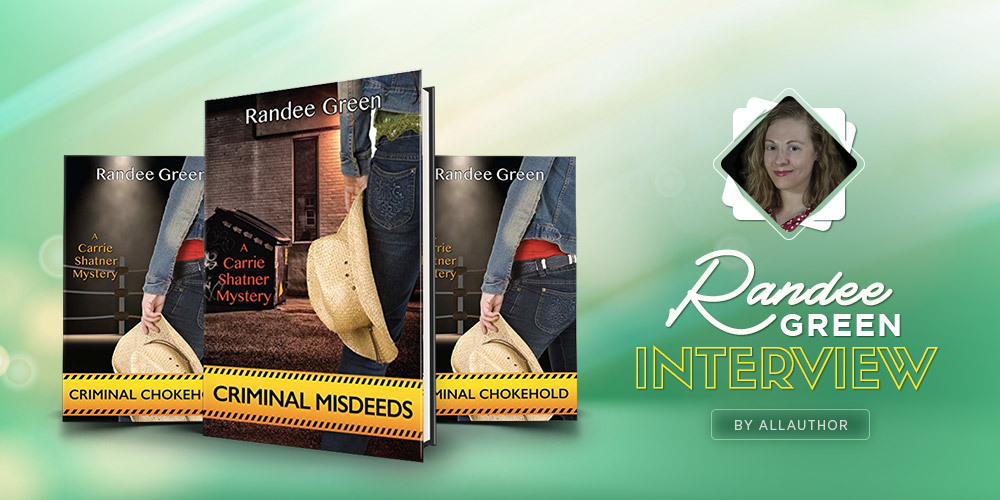 "Randee Green has a great ability to tell an entertaining story and interweave many different plot lines to create a well-written mystery. She first realized that she wanted to be a writer when she was in second grade. Her debut novel, Criminal Misdeeds is a fun southern mystery. The author writes a story that you just can't put the book down until you finish."
What was your life like growing up? What’s your strongest memory of your childhood?

When did you decide you wanted to become an author?

RG – I first realized that I wanted to be a writer when I was in second grade. Every day, my teacher, Mrs. Ziegler would read to us for about half an hour while we calmed down after we came in from recess. As an avid lover of books since before I could read, this was my favorite part of the school day.

I will never forget the day that Mrs. Ziegler began reading LITTLE HOUSE IN THE BIG WOODS by Laura Ingalls Wilder. I was hooked from the first page. Mrs. Ziegler was partway through reading the first chapter of Little House in the Big Woods when the rest of the classroom just faded away, leaving me with the book. Just me and Laura. That’s when I sat up a little straighter and thought, “When I grow up, I’m going to be a writer.” It was more than a childish wish. It was a revelation and a declaration. A promise to myself that I spent years striving to fulfil.

How did you begin to focus on refining your skills as a writer?

RG – I refined my skills by writing a lot. The more you write, the better you get at it.

How do you think earning a Bachelor of Arts in English Literature has helped you shape into a writer?

RG – Honestly, I don’t think my Bachelor of Arts in English Literature helped shape me into a writer all that much. Yes, while working on the degree I was introduced to a lot of different styles of literature that I otherwise would not have read. I am a strong believer that extensive reading helps a writer improve their craft. I also have a Master of Arts and a Master of Fine Arts in Creative Writing. And I don’t necessarily think either degree helped shape me as a writer. Writing makes a person a writer. A piece of paper and a fancy degree does not.

What inspired you to write your debut mystery novel, CRIMINAL MISDEEDS?

RG – After having read a number of mystery novels starring strong female characters, I knew that was what I wanted to write. With there being so many mystery series, it was a matter of finding something that made the Carrie Shatner Mysteries unique. A quirky, law- breaking family definitely does that.

Who inspired the character of Detective Carrie Shatner?

RG – When I was in my early teens, my favorite TV show was “The Pretender.” The main female character – Miss Parker – was my hero. She was this super strong female character working for a dubious organization and a sketchy family history. I definitely had Miss Parker in mind when I began creating Carrie Shatner’s character.

Besides mysteries, what are some other genres you love and want to experiment with some more?

RG – I would really like to write at least one historical novel. There’s one that I’ve wanted to write for a long time, and I have been doing research on it off-and-on for years.

How did you begin writing the Carrie Shatner Mystery Series?

RG – Before writing CRIMINAL MISDEEDS, I wrote another novel starring Carrie Shatner and Jerrod Hardy. This novel will never see the light of day, but it did help me develop Carrie’s and Jerrod’s characters. It also allowed me to work on figuring out the setting of the novel as well as the family dynamics.

What are some under-represented themes or people you feature in your books and why do you think it is important?

RG – One thing I could never include in my stories is paranormal characters. I’m not saying that there won’t be characters who believe in ghosts or that ghost hunting might not pop up in a novel. But I won’t have my main character believing in or taking part in any paranormal activities.

What are your plans for the future? Where do you see yourself as an author in 10 years' time?

RG – I plan to keep writing. Whether I can make a living at it or not doesn’t matter. In ten years, I hope to have a few more novels on bookstore shelves. I don’t write to make money (though it would be nice). I write because I love to do it and I have a lot of stories to tell.

How much did you research about wrestling while writing your book, CRIMINAL CHOKEHOLD?

RG – I grew up watching professional wrestling and going to shows, so I already knew a lot about wrestling before I started plotting out CRIMINAL CHOKEHOLD. But, even though I am a huge wrestling fan, I still had to do some research into the sport. To do that, I talked to one of my friends who wrestles on the independent circuit. He passed along a lot of valuable information and stories.

RG – I’m not sure “retire” is the right word. I do believe that people can just stop writing. And, no, I don’t think I could stop or retire. At least for not an extended period of time.

Once I wrap up the fourth Carrie Shatner Mystery, I plan to get back to work on the first novel of a cozy mystery series starring a spunky, strong, amateur female sleuth. I have about a third of the novel already written, but had to put it on the back burner to work on CRIMINAL JUSTICE. I’m also doing research for three other projects—two more cozy mystery series and a historical novel.

Finally, what has your experience with AllAuthor been like, to date? Are you satisfied, and would you recommend this platform to your other authors and friends?

RG – I enjoy getting to connect with other authors through AllAuthor. It’s another way to form connections that isn’t through social media platforms. I also enjoy all of the book mockup designs. Creating eye-catching graphics is so easy.

Have brimming questions to ask author Randee Green? Ask whatever you like, but keep it appropriate.
** Please note that unanswered questions will not appear on the page. Refrain from posting promotional messages.

The author, a good book and you! Contact Randee Green here.
** Please refrain from spamming and don’t bombard the author with promotional mails/messages. Your IP/Email address may be blocked if found doing so.