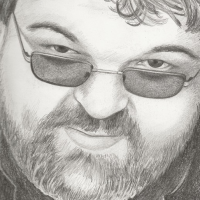 Richard Shoptaw is originally from Niles, Michigan. The oldest child of a furniture draftsman and a housewife, his parents had high hopes Richard would succeed in the world. Surely with his ability to absorb useless trivia and a distinct inability to keep his opinions to himself, they saw no limit for him. They were sure they reared perhaps a future doctor, professor, or lawyer. Instead, he graduated from Brandywine High School in 1999 and took up the time-honored profession of being a retail clerk.

This incredible and exciting career choice propelled him to be a misanthropic and sarcastic jerk, not to mention an insular nerd of absurd proportions. After trying his hand in the IT field, he also learned that he possesses a volatile distaste for authority figures. All of this fodder, including the untimely death of his father when he was fourteen, has given Richard a treasure trove of issues from which to pull from and he started writing. A year after graduation, Richard met a woman named Natalie who not only found him tolerable; she even agreed to marry him. A decision she still hasn’t learned to regret after eighteen years. When he isn’t writing, he plays video games, watches Star Wars repeatedly, reads, and writes. Sadly, he is programmed for little else. He is also adapting to using Twitter and other social media. Follow him @Richard_Shoptaw. He apologizes now.

PS: His mother still has hopes for his younger brother, Andrew. 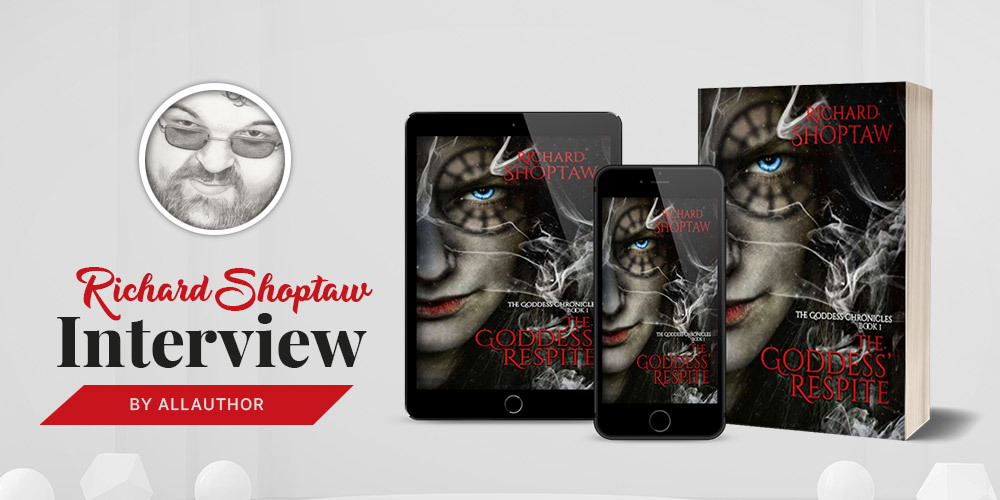 "Author Richard Shoptaw was born in Niles, Michigan. He worked in retail for three years, starting when he was 17. He is a big fan of Buffy the Vampire Slayer and the Angel spin-off. His flawless writing gives the book depth and develops the characters well."
How much time have you spent in Niles, Michigan? Where do you live currently?

I currently live in Illinois, but I was born in Niles, Michigan. I lived in Niles as a baby, and again as a teenager.

Which is your favorite memory from Brandywine High School?

There are so many to choose, but I have to say my fondest is the friends I made. I moved around a lot as a child. I rarely stayed in one school or community for more than a year. After my father's death in 1995, I was able to settle into one place and make lasting friends for the first time.

Why did you take up the time-honored profession of being a retail clerk?

I worked in retail for three years, starting when I was 17. I was burned out from school after graduating high school, and I intended on going to college. However, talk was cheap and I didn't take the time or make the effort to go back.

What is the hardest thing about writing supernatural suspense?

As a reader of the genre and as a writer, I love keeping the story grounded within reality as much as possible. Witches, wizards, vampires, and the like are great, but if the characters have to be relatable and reachable for the audience. The challenge becomes making these larger than life beings have flaws and blemishes. More important to me, is willing the characters to have real life reactions to their problems, going as far as not allowing their super strength or magic to be a crutch.

What do you love the most about writing suspense stories? Why did you choose this genre?

I love people's reactions to cliffhangers and tense moments. It's pretty damn funny to read and listen to people talk about a scene, speculating on will happen next. The excitement and tears keep me working. >:)

How did you begin writing The Goddess Chronicles series?

I broke ground for what would become The Goddess' Respite in late 2013 and began hashing out ideas in early 2014. By the end of February of that year, I wrote a rough draft and I haven't stopped since.

What is the biggest challenge while creating vampire characters?

The challenge is I want my vampires (and other supernatural beings) to be unique but still hold true to the classical depictions.

How did you come up with the story of The Goddess' Respite?

I'm a big fan of Buffy the Vampire Slayer and the Angel spin-off and I felt between the Twilight Saga and other book series, the genre lost something. I didn't feel the same sense of horror mixed in with a well-timed (or badly timed) joke. I wanted to bring this kind of writing back into the genre. From there, I let Isabeth, Aeron, Ayrie, James, and Lisa take the wheel.

Funny, sympathetic, and relatable! What challenges did you face while writing The Goddess' Respite?

The biggest challenge I can't reveal yet! :) The others were making sure events, like the Niles Apple Festival, happened around or exactly the same time frame as they do in the real world. Oh, and grammar. Grammar is a challenge.

The Goddess' Respite starts off in the year 1821. How much did you research to set this story in 1821?

Probably not as much as I needed to research. I looked up language styles and weaponry of the time period. The prologue is actually a small piece of material I have for that year. Eventually, I hope to publish the whole lead up and aftermath of the coup against the Goddess.

I haven't tried to pigeonhole myself into a niche audience. It's why Jamie and the rest of the humans are either seniors in high school or young adults. I blended in the teenage angst with adult themes in the hope everyone will find something they like in Respite and beyond.

Who inspired the character of Aeron in The Goddess' Respite?

There isn't one person in particular who inspired Aeron. I wanted a strong, assertive, and dominating character. It's what I enjoy reading.

How do you feel about the rise in digital books in recent years?

Digital media has a lot of benefits. Besides not taking up physical space, it cuts down on paper usage and can be more environmentally friendly. Ultimately, it allows all of us to hoard even more books in one convenient place.

When can we expect the next book in The Goddess Chronicles series?

I'm in the process of editing Book 2 as we speak! Presuming I don't have any major issues, I hope it will be out by the end of the year.

How do you usually promote your books? What do you think of AllAuthor and would you recommend it to your other author friends?

Marketing and promotion weren't in my vocabulary until recently and I am still learning the ropes. My publisher, Foundations, LLC. and I have been running ads on Facebook and other media. I have enjoyed the AllAuthor platform. It's made promotion easier to say the least.

Richard Shoptaw is a thinker and a doer. These are the quotes by famous personalities the author resonates with.

Character is what you are in the dark.
Dwight L. MoodyCharacter 909

My fake plants died because I did not pretend to water them.
Mitch HedbergFunny 680

The trust of the innocent is the liar's most useful tool.
Stephen KingTrust 358

Monsters are real, and ghosts are real too. They live inside us, and sometimes, they win.
Stephen King 344

Have brimming questions to ask author Richard Shoptaw? Ask the author whatever you like, but keep in the appropriate zone.
** Please note, unanswered questions will not appear on the page and refrain from posting promotional messages.

The author, a good book and you. Contact Richard Shoptaw here.
** No Spamming: Spam is an irritant to regular users or the authors. Please note that bombarding promotional mails/messages is strictly prohibited. Your IP address may be blocked if found doing so.