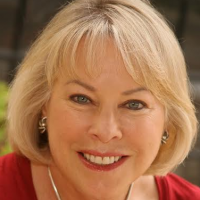 Regan Walker is an award-winning, bestselling author of Regency, Georgian and Medieval romances. She writes historically authentic novels in which readers experience history, adventure and love. Her novels have won numerous awards.

Regan lives in San Diego and loves to take long walks with her dog "Cody" along the seashore. And she loves to hear from readers.

Regan Walker has earned excellence awards over time. Here is the glimpse of the accolades clinched by the author. 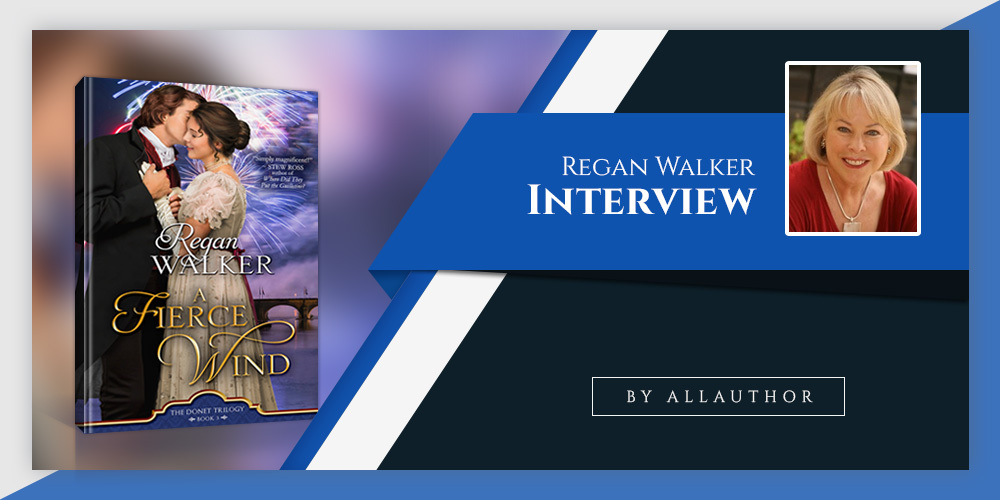 "Regan Walker grew up in Southern California where her mother taught her how to read at age 4 and introduced her to the world of books. She began to write novels later in her life after a busy career as a lawyer. Her first story was Racing with the Wind, published in 2012. Since then she has published 14 stories--all historical romances. She likes to spend time with friends having a meal out or watching movies. She loves diving into history to find the interesting bits. For Regan, the most rewarding part of being an author is finishing a story and having her readers love it."
What is the name of your hometown and where you grew up? Who was it that first introduced you into the world of literature?

I grew up in Los Angeles where my mother taught me how to read at age 4 and introduced me to the world of books. Every Saturday morning, we went to the local library to get books to read for the week. I read fairy tales.

What inspired you to begin your professional writing career? Do you remember the first story you ever wrote?

I began to write novels later in my life after a busy career as a lawyer. My first story was Racing with the Wind and it was published in 2012.

I chose to write historical romance because that is what I love to read.

What was the inspiration for your book, "The Twelfth Night Wager?" How did you come up with the title of the book?

The Twelfth Night Wager came out of my research of men’s clubs in the Regency era where they placed bets on the oddest things. The idea of Christopher St. Ives, Lord Eustace agreeing to seduce a virtuous young widow was too enticing to pass up. And, while it begins in the fall, it end in the holiday season.

Why did you decide to set "A Fierce Wind" in France 1794? How much did you research to write this book?

By the time I got to the third in my Donet Trilogy, I found myself in 1794, smack dab in the middle of the French Revolution. It was a daunting task but I’m glad I undertook it. It’s a fascinating time in history, the perfect setting for a young Frenchwoman who fights for freedom and against the revolutionaries tearing apart France and the English spy who has loved her since she was a mere youth.

Apart from taking long walks with your dog "Cody" along the seashore, what else do you like doing in your free time?

I like to spend time with friends having a meal out or watching movies (I make great popcorn) and I love to read, of course.

How did you begin writing Donet Trilogy series? When writing a series how do you keep things fresh, for both your readers and also yourself?

I love the sea and ships. The idea came to me to write a romance set on a ship…or mostly on a ship. And to conceive of a French girl raised in a convent and an English ship captain with vengeance on his mind just came to me. To Tame the Wind has won several awards. And then I had to write more, right? So the Donet Trilogy was born.

What inspired the love story of an Irishman studying law & an Englishwoman performing in the theater under a disguise & assumed name in "The Shamrock and the Rose?"

I wanted to write a story of a lost Valentine and my Irish hero takes me into St. Patrick’s Day. Of course, there is a villain and a matchmaking countess. It’s a fun story.

Walk us through your research and writing process when writing Historical Fiction. How does it differ from other sub-genres of romance?

I always begin with the research. I love diving into history to find the interesting bits. Then I find real historical figures to populate my fictional story. To understand the history and the times makes the story more real.

What is the central theme surrounding the Donet Trilogy series? What kind of story does the first book "To Tame the Wind" tell and how do you hope it will affect your readers?

The Donet Trilogy is a collection of seafaring romances. All the heroes are handsome ship captains. And the series is set in time of war… the American War of Independence (but set in England and France and on the high seas), smuggling off of England’s coast and, finally, the French Revolution.

As one reviewer said, ““The Donet Trilogy has everything you’d ever want in historical romance. From spies, smugglers and pirates to masked balls and opulent palaces—what more could you ask for? Regan has created an immersive world packed with well-researched historical detail and a cast of characters that you really grow to love.”

Are there any new ideas or writing techniques you experiment within "Rebel Warrior"? What are some ways in which you try to learn and grow as an author?

Rebel Warrior is set in 11 th century Scotland. It’s book 3 in the award-winning Medieval Warriors series. I did hundreds of hours of research for that book. All in the series are related but can be read as stand alones. Rebel Warrior also was published as a stand alone inspirational story, The Refuge. I have learned that my readers love the fact the books are connected with the same characters appearing again and again. It’s a challenge to keep each story interesting while tying them all together.

What has been your most memorable and enriching experience as an author so far? What are some of your goals or New Years' Resolutions for 2019?

The most rewarding part of being an author is finishing a story and having my readers love it. I don’t make resolutions but since I’m again practicing law, it’s harder to find time to write. I’m committed to finishing Rogue’s Holiday, the last in the Agents of the Crown series and want to get it out the door this year.

What was the best advice you've ever received related to writing and could you share it with us?

I honestly can’t recall getting advice. But I think the most important thing is to do the hard work to get the research right and then finish the book.

Yes, I’ve done several. I can’t recall any unusual request. Mostly they want me to sign it for them, personalizing it with their name.

How do you promote your work? Have you been aided by AllAuthor in the promotions, and would you recommend this platform to your friends?

I promote my work in various ways but a few things I like about AllAuthor are the graphics they do for featured books. I only wish they would do more than one of my books. I also like that they Tweet for me. The service has a lot of potential. And, yes, I recommend it.

Have brimming questions to ask author Regan Walker? Ask the author whatever you like, but keep in the appropriate zone.
** Please note, unanswered questions will not appear on the page and refrain from posting promotional messages.

The author, a good book and you! Contact Regan Walker here.
** Please refrain from spamming and don't bombard the author with promotional mails/messages. Your IP/Email address may be blocked if found doing so.