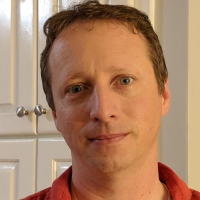 Rob Horner is a Virginia Beach native and former Navy Avionics Technician who spent twenty years working with electronics before finding his calling in medicine. Now a nurse practitioner at Urgent Care of Mountain View in Morganton and Hickory, North Carolina, he splits his time between work, writing, and family. He is blessed with a loving wife, two sons, and three beautiful daughters. He and his family live in Lenoir, NC, along with a cat, a rabbit, 2 guinea pigs, three dogs, three goats, seven chickens, five turkeys, and eight geese. He can be found on Facebook at Books by Rob Horner, and can be reached by email at fansofrobhorner@gmail.com. 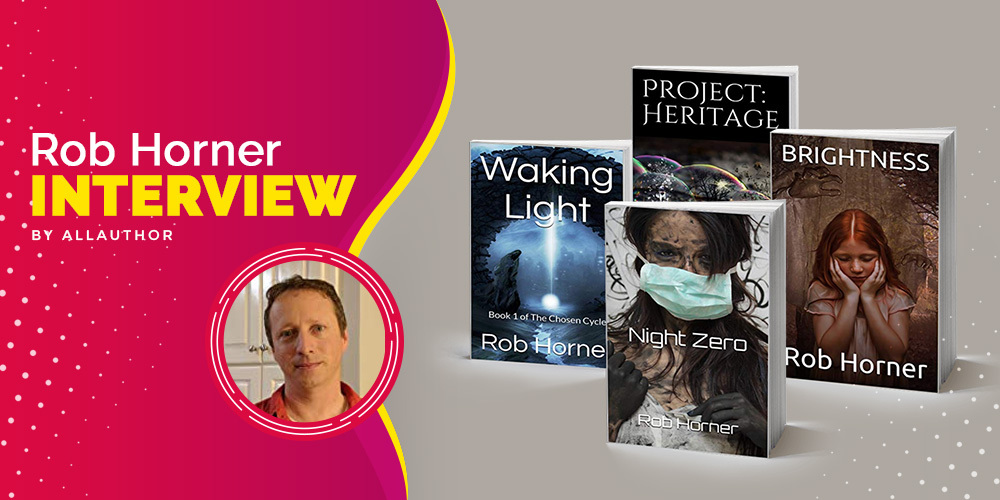 "Rob Horner was born and raised in Virginia Beach, VA, surrounded by military bases and military personnel. He was trained to electronics by the US Navy and spent ten years working on the F-14 Tomcat prior to its decommissioning. His dream was always to work in the medical field, but not until meeting his wife did he have the opportunity. He writes at work and edits at home after the kids are in bed. He has 3 books in progress. Into Darkness, which is a direct sequel to Brightness. The Fall of Icarus which is a direct sequel to The Dungeon, and Ascendancy, Book 3 of the Chosen Cycle."
Where were you born and brought up? What impact has it had on your writing?

I was born and raised in Virginia Beach, VA, surrounded by military bases and military personnel. It informed my decision to join the Navy, and it provides backdrop to several books including the Chosen Cycle (Books 1 & 2), Project: Heritage, and The Fall of Icarus (WIP sequel to The Dungeon).

How has been your experience of working with electronics for twenty years?

I was trained to electronics by the US Navy and spent ten years working on the F-14 Tomcat prior to its decommissioning. After the Navy, I went to work for a civilian company as a field service electronics technician. I am thankful to the Navy for the training and the opportunity to provide for my family both during and after my time in the service. My dream was always to work in the medical field, but not until meeting my wife did I have the opportunity.

What is the most difficult aspect of being a nurse practitioner?

I don't know that I'd call any part of it difficult. Some parts of the job can be challenging: keeping up with new medication and new interventions, following research to ensure every patient is treated effectively and efficiently. The people we see are both the greatest blessing and the greatest challenge. Working around allergies, motivating for change, sometimes just getting them to understand a change is needed, can be some of the hardest work we do. But when everything comes together, it's a wonderful thing.

How do you split your time between work, writing, and family?

I write at work and edit at home after the kids are in bed, usually while my wife and I watch something on television.

You have one big happy family including your wife, two sons, and three beautiful daughters along with a cat, a rabbit, 2 guinea pigs, three dogs, three goats, seven chickens, five turkeys, and eight geese. How do you manage everything?

The animals are my wife's hobby. I may be asked to help every now and then, but they are hers. I'm not even sure all those numbers are accurate anymore. I know the turkeys have left, and I think she's sold half the geese. Some, like the guinea pigs and rabbit are my daughters' pets, so my portion of their care comes down to helping clean cages every so often.

What about the thriller genre invites you to write in it so extensively?

I like the feeling of "oh my God, what happens next?" that I get with certain books, Douglas Preston, Lincoln Child, Dean Koontz. Those writers can keep me up late just pushing through to the end. I want to bring that feeling to others, so my stories tend to that format. There will always be charater development and backstory, but let's get that done so when it's time for the action, nothing stops it.

Your stories are interwoven with suspense, mysteries, and supernatural elements. How do you make sure that one does not overpower the other?

The best thing about my background is a hard grounding in physical sciences, from electrical theory to medicine, both of which lean heavily on math. My goal, even when dealing with the supernatural, is to present it in such a way that there is either science backing up the fiction, or science has been disproven to such an extent that only the supernatural explanation remains.

Waking Light is the first book in The Chosen Cycle series. How many more books are planned in the series? How do you intend to take this journey forward?

The Chosen Cycle is a planned 5-story arc, with a possible sixth book as a way to tie up threads. I don't mean the sixth will be necessary to understand the whole story, but because each entry is written in 1st person, there will be side stories which the main character doesn't see and isn't a part of. A sixth book could bring a good bit of rounding to those threads. For now, Book 1 "Waking Light" was an introduction to Johnny, Tanya, and Crystal, and the idea of people given powers to fight an invasion. Many of the characters' assumptions are wrong, which lead to a disastrous conclusion to the novel. "Surrogacy," Book 2, coming in October of this year, opens immediately following the events of Book 1 and features the same main character as he learns more about what's really going on, the scope of the threat, and the part he will have to play in it.

I don't want to give any the major twist in book 2 by giving any details of book 3, though I will give a title and anticipated release: "Ascendancy, Book 3 of the Chosen Cycle" should premiere in late Spring to early Summer 2020.

What inspired the story of "The Dungeon"?

I had a dream about waking up in a dungeon labyrinth. Everything else, from the characters to the circumstance, just flowed onto the page as I wrote the story. There is an unbelievable twist in the story at the end, which sets up an exciting sequel, The Fall of Icarus, which I hope to release next year.

Which author’s characters do you find the most interesting and brilliantly created? Why?

No one has ever created characters like the late Robert Jordan. Brandon Sanderson comes in a close second. These are people whose lives are thought out and imagined far beyond what many writers do. "Oh, I need a guy here who hates snakes...done." They have core values stemming from their upbringing, cultural norms, and even prejudices based on their past and current experiences. The genre may not be right for everyone, but if it's character development you crave, you can't go wrong with either of those writers.

I am thankful for both, honestly. The worst are the one-liners that say something like "I didn't like it," with nothing specific that can be addressed. As you said, they come with the territory. Writers have beta-readers and ARC reviewers but we can't know how the general public will receive anything unless we're told. So please, to any reader out there, let me know if you liked the story. Let me know if there was something I missed or something I could do better. We grow through research and practice, but we can also grow through the reader's voice. That's what the review is, a reader's chance to give feedback to the writer.

The nicest thing someone said in a review was about Brightness. The family in the story has a very distinct set of values which some will agree with and some will oppose. The reviewer said I portrayed the family well and even though her views disagreed with the family's, I never made her feel as though I was dismissing her values because they differed from my characters'. Her actual words were "There are deeper, more resonant themes, and Mr. Horner doesn't necessarily press the characters' assumptions as normative." Karen J

Which of the male characters in your books do you relate to the most? Why?

Probably Michael Richards from Brightness, and not for the sociopolitical views as commented on in the question above. It's because he's a father, as I am, and as his daughters go through the trials of the story, it was easiest to place myself in his shoes. I even wrote the book from the point of view of a character who cannot see what his daughter sees to make Michael's reactions more authentic. With that being said, Johnny Wilson in Waking Light is based on who I was when I was 16 going on 30 back in the early 90s. The book was started back then, and though it's been updated heavily, a lot of what makes Johnny tick are my attitudes from the time.

What is the next book that you are writing? When can the readers expect it to be out?

Surrogacy, Book 2 of the Chosen Cycle, releases in October 2019.

I joined AllAuthor in May at the suggestion of my wonderful promoter, A.L. Norton. It's a wonderful site with numerous benefits you can't get anywhere else, or can't get all in one place. I am a partcular fan of the tweet scheduler and the gif maker, and the recent addition of the /magic option is wickedly cool. This interview is my first experience with something personalized stemming from my membership. We'll see how it goes, but I have high hopes. You guys are doing a wonderful service for authors.

Have brimming questions to ask author Rob Horner? Ask the author whatever you like, but keep in the appropriate zone.
** Please note, unanswered questions will not appear on the page and refrain from posting promotional messages.

The author, a good book and you. Contact Rob Horner here.
** No Spamming: Spam is an irritant to regular users or the authors. Please note that bombarding promotional mails/messages is strictly prohibited. Your IP address may be blocked if found doing so.