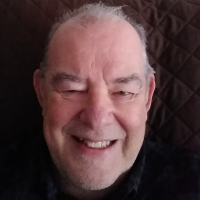 A technician traveling America, Roger imparted his everyday working man experiences to the lead character in his newest novel, An Adventure in a Stone Age World. Roger lives with his wife near Intelligence North Carolina. 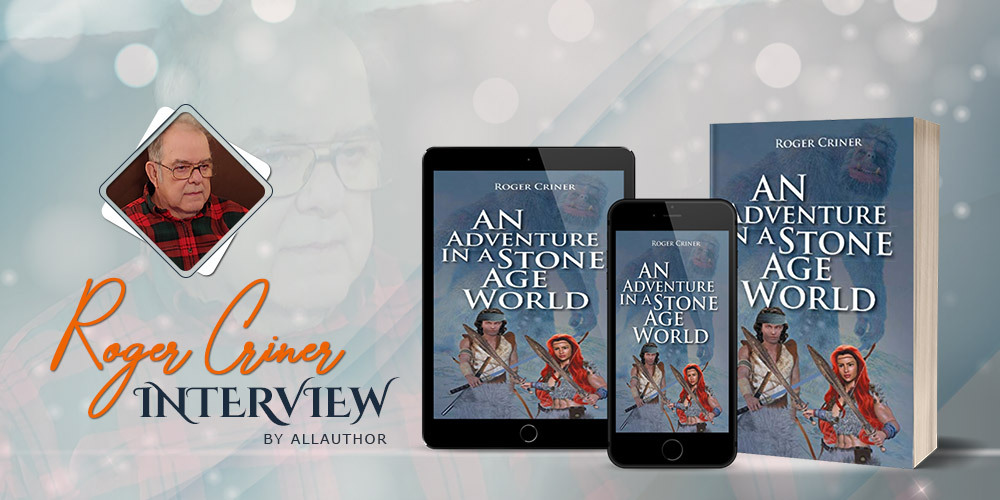 "Born in Illinois, Roger Criner grew up traveling around the US and Europe. The author found that he enjoyed telling a tale when he was given an assignment in high school English class to write a short story. From then on, he wrote poetry, short stories, and a manuscript. An Adventure in a Stone Age World is his debut into the writing world."
Tell us a little more about yourself. Where did you grow up and when you were first bitten by the writing bug?

I was born in Illinois during the baby boom to a sergeant in the Air Force. I grew up traveling around the US and Europe. We settled in Delaware long enough for me to graduate from High School then traveled to Alaska where I joined the Navy. Thanks to ten years serving aboard a submarine, I got to visit Hawaii, Japan, Korea and the Philippines. After the navy, I traveled the country as a field service technician which involved lots of time spent in airports and airplanes allowing me to create An Adventure in a Stone Age World.

I was given an assignment in high school English class to write a short story. I found I enjoyed telling a tale. From then on I wrote poetry, short stories and a manuscript.

What were some of your hobbies as a child? Do you still enjoy the same things or have your tastes evolved since then?

Where did you go to college and what did you study? How did that impact you to become a writer?

What is the sweetest fan-mail/compliment that you have received for your writing?

Haven't yet sold any books. No fans yet.

Why did you choose to write in the science fiction genre?

Science fiction and fantasy allows you to let your imagination run free. One is not constrained by the physical laws and conventions that exist the known universe.

What kind of audience do you hope to appeal to with your fantasy books?

Young adults and anyone of any age who wishes to travel to another time and place for a few hours each time they pick up the book.

What is the story behind the idea of "An Adventure in a Stone Age World"?

The story is actually a compilation of several dreams where I actually traveled and lived in the fantasy. The hardest part of the book was the ending since you always wake up before seeing the outcome.

How has the audience and readers received ‘An Adventure in a Stone Age World'? Does their response inspire you to write more?

Do not yet have an audience or readers.

Is there any other genre that has enticed you like Fantasy has, that you would consider writing in in the future?

What kind of books do you like to read in your spare time? Who is one of your favorite authors?

What has been one of your most rewarding experiences as an author?

Being published! That has been my goal for the past 50 years.

I never really thought about how my life would be different since writing's just an outlet for my vivid imagination.

What are some book ideas that you've got bouncing around in your head? When can we expect the next publication?

At the present, I am researching writing a screen play based on An Adventure in a Stone Age World.

I think you are doing a very good job with the promotion. It has given my book much needed exposure which will lead to more people taking a look. Definitely would recommend you.

Have brimming questions to ask author Roger Criner? Ask the author whatever you like, but keep in the appropriate zone.
** Please note, unanswered questions will not appear on the page and refrain from posting promotional messages.

The author, a good book and you! Contact Roger Criner here.
** Please refrain from spamming and don't bombard the author with promotional mails/messages. Your IP/Email address may be blocked if found doing so.