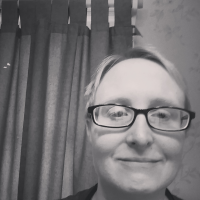 Hello, my name is Rory! I'm a Slytherin, wine enthusiast, Chihuahua lover, and colossal nerd.
Here's what Prairies Book Review had to say about my novel: https://theprairiesbookreview.com/2020/06/03/the-legacy-commencement-by-r-a-schwartz/ 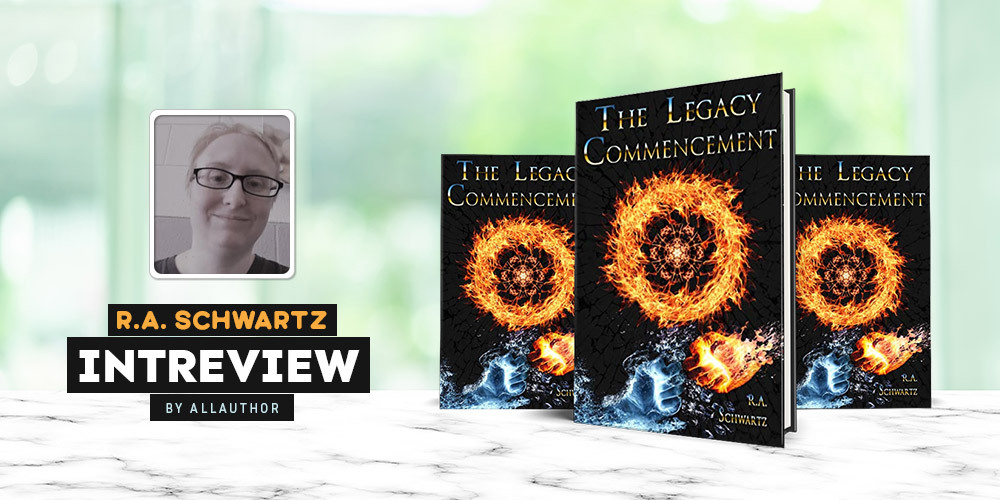 "Schwartz makes her debut with this honest exploration of identity and sexuality. Her hobbies include cooking, traveling, and finding new sources of entertainment and dining. She shares some amazing and easy to cook recipes on her blog, According To Rory."
As a child, what did you want to become when you grow up?

A vet. Sadly, I’m terrible at science so it didn’t work out ☹

At what age did you read your first book? Who bought it for you?

Five or six. I was obsessed with the Arthur series. My favorite was the one where he got Mr. Ratburn as his teacher. I’m loving Mr. Ratburn being gay! It was the representation I never knew I needed!

Absolutely. I was a Matilda. I loved everything! Especially fact books about animals.

Who all are a part of your family and how do they give you stories and ideas to work on?

I live with my paternal grandparents and my uncle. My uncle has cerebral palsy, and has overcome the odds stacked against him. He was the main inspiration behind one of my characters.

If you could travel to a place in the past, which place and during which era would you want to go to?

England during Queen Elizabeth the First’s later reign. I’d love to meet Shakespeare as well as the Queen!

What challenges are involved to write a supernatural suspense story?

Getting the plot just so and also making sure any supernatural elements I included that weren’t my own correlate with any folklore. I had to scrap an entire draft in my second novel about Wendigos because the way I was writing them didn’t correlate at all.

How would you describe the relationship between Roman and Stefan in "The Legacy Commencement"?

The kind of love most people only wish they had, myself included. I’m trans and Roman represents who I’d be were I a cisgender man. I, like him, survived assault as well. Stefan’s way of helping Roman is how I wish more people reacted when I tell them: be patient with me and just love me. Don’t pity me and don’t tell me to just get over it. Let me heal in my own time and in my own way.

How did you come up with the title of your book, The Legacy Commencement?

Legacies are apart of the fabric of society. Some legacies are worth saving, and others, like Miroslav’s, need to be done away with. This is the beginning of the end of his legacy. Each book in the trilogy will be The Legacy _ to correlate with this theme.

I believe reading and writing help us understand the world around us better. It also helps you figure out things you either missed or were never told about.

In what ways do you think you will be able to offer advice, support, and any other sort of assistance through your blog?

Providing information, standing up to people like J.K. Rowling who are spreading lies about trans people, and being there for any readers who needs someone to listen and understand them. I’d love to vlog at some point too so that people can get to know me even better.

What are the challenges of being a non-binary queer author?

Visibility and understanding of queer and or trans authors is a serious issue. I’ve been told my identity doesn’t exist. My views are dismissed by cishet people who think they know more than I do. I’ve been told I’m too sensitive when I say cisgender people shouldn’t portray trans people in films and that straight people should play gay and bisexual characters a lot less than they do now. A lot more listening to the experiences of queer and trans people, self education, and self reflection of biases wouldn’t be amiss.

How did you come up with the idea for your blog, According to Rory?

I always thought it was fascinating that Severus Snape created Potions and spells under his Half Blood Prince persona. I had already begun creating my alter ego, Rory Blue. So, I figured, why not let Rory be for me what the Half Blood Prince was for Severus? She empowers me and emboldens me.

How much time do you spend doing research and searching for clarity and meaning in things?

I never have a set time, and timing varies depending on the size of the project I’m working on. I’m very detail oriented and I’m an obsessive perfectionist when it comes to how to phrase something.

Did you miss traveling during the lock-down?

I still haven’t gone anyplace because the virus is getting bad again. I miss travelling like nobody’s business! I can’t wait to get back out there. I have a long term project in mind: visiting every state park in South Carolina, my home state.

When did you join AllAuthor? What has your experience been like?

A few months ago. I’ve loved it and I plan on staying!

Have brimming questions to ask author R.A. Schwartz? Ask the author whatever you like, but keep in the appropriate zone.
** Please note, unanswered questions will not appear on the page and refrain from posting promotional messages.

The author, a good book and you. Contact R.A. Schwartz here.
** No Spamming: Spam is an irritant to regular users or the authors. Please note that bombarding promotional mails/messages is strictly prohibited. Your IP address may be blocked if found doing so.