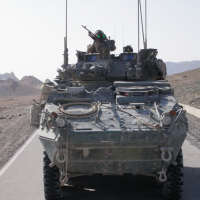 Richard Turner proudly served his country for more than thirty years, all across the globe.

He wanted to try something new and now spends his time writing. 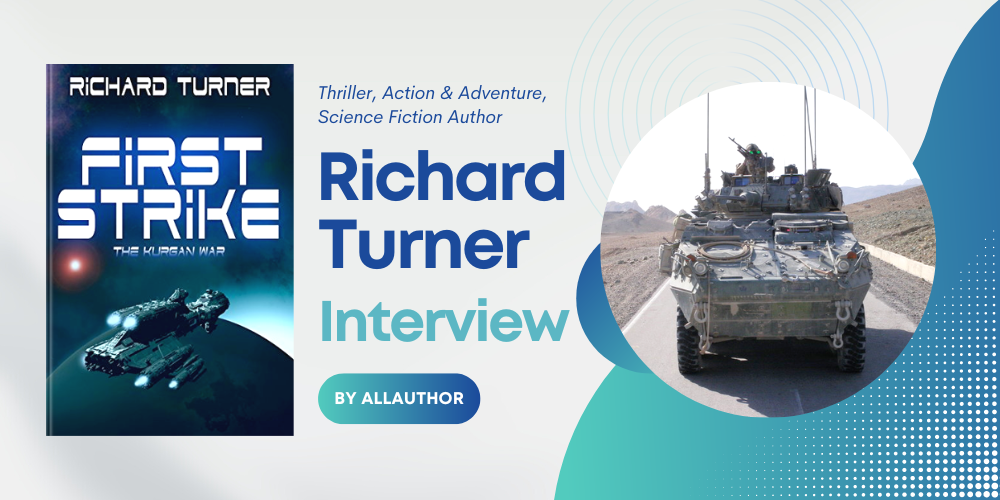 "Richard Turner was born in Crewe, England but grew up in the lower mainland of British Columbia, Canada. he looked to writing as a way of making a living and expressing himself when he retired from the Armed Forces after 32 years of service. He is a big fan of Clive Cussler and his co-authors. He wanted to try something new and now spends his time writing."
Where did you grow up? What was your childhood like?

I was born in Crewe, England but grew up in the lower mainland of British Columbia, Canada. I don't think my childhood was very different from anyone else growing up in the seventies. Of course, we had our friends, music, and school.

How did your friends and family react to your first book?

I was very well supported by both my friends and my family when I started writing and have continued to do so.

What inspired you to start writing your own books?

When I retired from the Armed Forces after 32 years of service, I vowed that I would never have a regular job and looked to writing as a way of making a living and expressing myself.

What was the highlight of writing the book, "Maelstrom?" What is the significance of the title?

Maelstrom is the first Grace Maxwell novel I wrote to bring her out of the shadows and let her shine in her own adventures. She is a staunch ally of Ryan Mitchell in his book series but has never main the main protagonist, at least until now. As for the title, it conveys the troubled events brewing throughout the novel that Grace has to navigate to stop a war.

Whom did you base your character, Alan Sheridan upon? Is he inspired from someone in real life?

Alan Sheridan is based upon a typical young officer who thinks he knows his job but needs help and guidance to grow into a strong leader in a time of war.

How much did you research while writing your series, The Kurgan War?

The military elements came easy because of my background, but the trickier scientific parts of the novels had to be extensively researched so I could get it right or at least give it a decent guess as to how things may happen in the future.

I'd say believe in yourself and that there's nothing wrong in taking chances in your life.

As a writer producing a work of fiction, do you tend to know the ending when you start, or do you find out as you write?

I tend to map out the entire story before I begin writing. Having said that, as ideas come to me, I most often include them in the book, even if it alters the ending.

I occasionally read the reviews but have learned not to take them to heart. Everyone is different and entitled to their own opinions…good and bad.

Have you read any good books recently? What is your all-time favorite book?

I'm a big fan of Clive Cussler and his co-authors. My favorite book of Clive's was Cyclops, as it was my introduction to his world, and I have enjoyed reading his books ever since.

I'm not sure how my life would be different, but it wouldn't be as rewarding as it is now.

I have recently finished the second book in the Kurgan Empire series, which is a follow-on to the Kurgan War novels. I hope to have the book out in December.

What are your thoughts on AllAuthor? Would you recommend this platform to your other author friends?

I find AllAuthor to be a helpful site that I would wholeheartedly recommend to other authors.

Have brimming questions to ask author Richard Turner? Ask whatever you like, but keep it appropriate.
** Please note that unanswered questions will not appear on the page. Refrain from posting promotional messages.

The author, a good book and you! Contact Richard Turner here.
** Please refrain from spamming and don’t bombard the author with promotional mails/messages. Your IP/Email address may be blocked if found doing so.