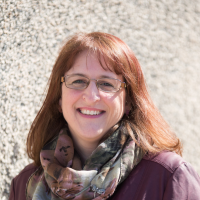 Sandra J. Jackson was born in Montreal, Quebec but has lived in Ontario for over 30 years.

An avid reader of many genres, her writing does not fall into any specific category. However, her goal is to create stories that pull readers into the book and make them feel as though they are a part of the story.

Sandra is an award-winning author. Her first novel, Promised Soul, won a silver badge from Global Ebook Awards in August 2019. A year earlier, in 2018, her novel Playing in the Rain, Book 1 of the Escape Series, won the Golden Box Book Awards under the Science Fiction category. Playing in the Rain also recently made the short list for the Cygnus Book Award from Chanticleer Book Reviews. She holds a professional membership with the Canadian Author Association and is a member of Writers’ Ink.

Sandra is currently finishing edits on Book 3 of the Escape Series, her first trilogy. 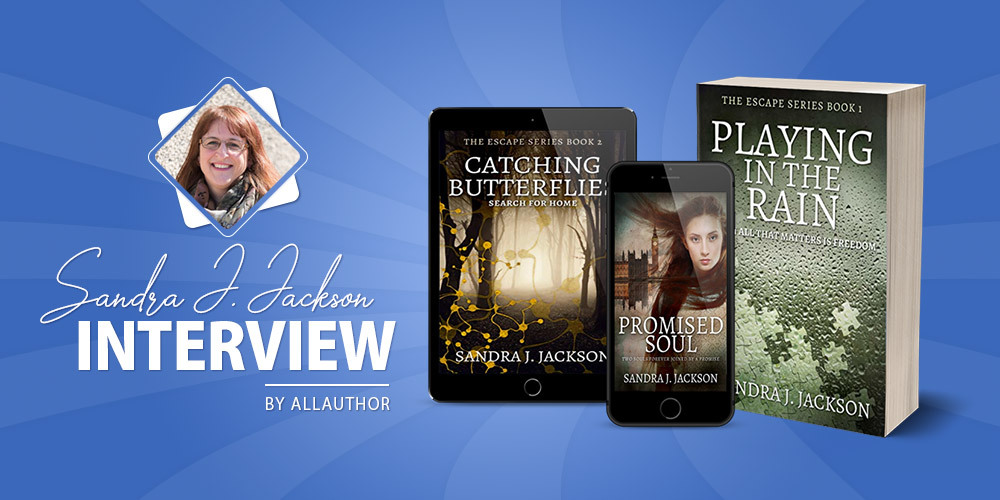 "Sandra J. Jackson writes with a traditional passion and has a talent for a detailed description in her writing. An avid reader of many genres, her writing does not fall into any specific category. Her book, Promised Soul is a story of the past, present, and future of two souls bound together by eternal and transcending love."
Born in Montreal, Quebec, at what age did you move to Ontario?

I was 16 when my family and I moved to Ontario

Being an avid reader of many genres, which genre do love reading the most?

That’s a tough question, but I quite enjoy YA especially if it’s postapocalyptic or fantasy/urban fantasy or any other genres with touches of supernatural, metaphysical, time travel etc.

What book or books have had a strong influence on you or your writing?

Outlander Series, Harry Potter, Hunger Games and many others.

What is the Canadian Author Association about?

It’s a membership organization for authors in all stages of their writing careers.

From where do you get ideas to create stories that pull readers into the book?

The smallest thing, a song, a part of a conversation, something I heard about, anything really can spark the beginnings of a book.

What inspired you to write your first novel, Promised Soul. Did you expect it to win a silver badge from Global Ebook Awards in August 2019?

Promised Soul was actually the 9 th story idea I had but the first one I decided to finish. I have always believed in the concept of soulmates and find the idea of past lives fascinating. No, I did not expect to win a silver award. There are so many great books out there so competition for book awards is tough.

Since how long have you been a member of Writers’ Ink?

This will be my third year as a member.

How did you begin writing the Escape Series?

The Escape Series was originally just one book – Playing in the Rain. It was not post- apocalyptic or sci-fi and was a darker story about two sisters being kidnapped by a pedophile. While the original story never went into any great detail about that it was hinted at. I then decided it was too dark a subject matter and changed it by adding twelve chapters to the beginning ahead of where the original began. The story took off from there. When I finished re- writing it, I realized it was going to be a trilogy.

What is the hardest thing about writing a paranormal romance story?

First, Promised Soul is more a metaphysical romance as it doesn’t quite fit within the parameters of paranormal. At one time I did refer to it as paranormal, and still choose that option when not given the metaphysical genre. As far as the hardest thing, I would have to say the research aspect.

Promised Soul is a story of the past, present, and future of two souls, bound together by eternal and transcending love. What challenges did you face to write this story?

The main challenge I had was the research. The past-life character of the main character was someone who actually existed and I used her real first name and the fact that she perished aboard a ship that disappeared shortly after leaving London. I tried to find out as much about this person’s life before boarding the ship but unfortunately, could not. So, everything about this character is fictional apart from her name, age, and the name of the ship she perished on.

Who inspired the character of April in "Playing In The Rain"?

No one, really. So far all of my books have started with the ending. I come up with the last line (which is ultimately the title of the book) and build the story from there. The characters are bits and pieces of everyone I know, I guess, including myself.

How did publishing your first book change your process of writing? Do you write every single day?

I think I am a little more consistent. It took me two years to write my first book and a year to edit. I am a little faster now, although it still takes me some time to edit. It’s not my favourite thing.

I work full-time, so my writing happens whenever I can – evenings, weekends, holidays.

When can we expect the release of Book 3 of the Escape Series?

I am hoping early this year. I just finished the final read through the first few days of January. The manuscript has been sent to a beta reader, and I will soon be sending it to my editor who will be ready for it around the 20 th of the month.

How has been your experience of working with AllAuthor?

So far, the experience has been great. AllAuthor has many tools for authors to use to help with marketing and gain readership.