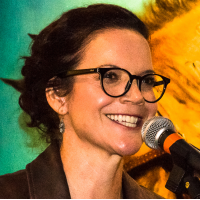 Born in Sydney, Australia, I came to America on a professional work Visa, only to find myself studying theater and dance in Chicago. After moving to Los Angeles, I put aside my Bachelor of Applied Science & MBA to study film & entertainment at UCLA.

Realizing my passion for writing, I began writing screenplays, making the quarterfinals of the American Screenwriters Association Screenwriting Competition, top 200 of Page International, and top fifteen percent of the Nicholl Fellowship.

My debut YA/Fantasy CECILIA has gone on to win the Author Academy Award (MG/YA) and the Literary Classics Award (Gold - YA/ Adventure & Silver - YA/Fantasy).

I love snow skiing and snorkeling, and live in LA with my husband and three cats. 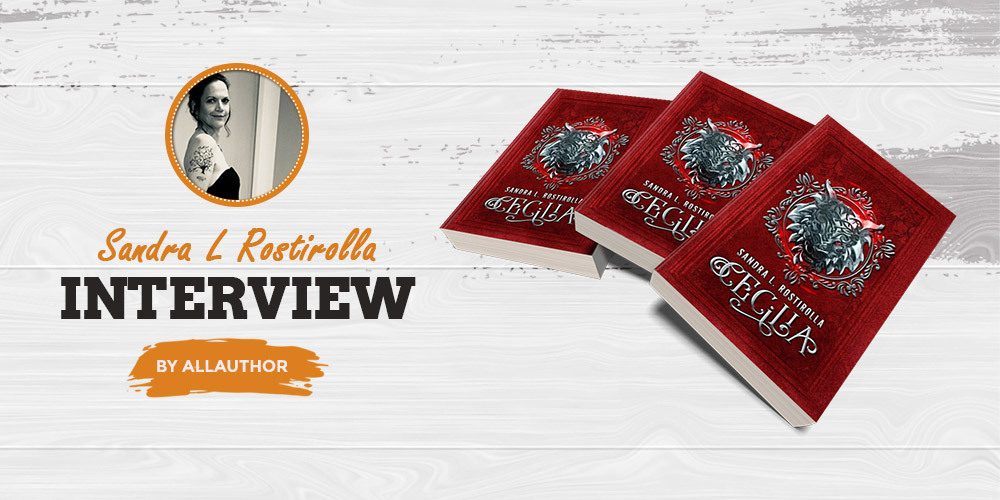 "Growing up in Sydney, Australia, Sandra's favorite childhood memory is hanging out with her mum when she was supposed to be at pre-school. When she has a story that needs to be told, writing makes her feel euphoric. Ms. Rostirolla brings the characters to life. Her strong narrative makes her books a must-read."
Born in Sydney, Australia, which is your favorite childhood memory?

Growing up in Sydney, Australia, my favorite childhood memory is hanging out with my mum when I was supposed to be at pre-school. I hated pre-school and was one of those kids who had to be peeled away from their parent like an octopus. Mum tried to bribe me with chocolates and special treats. I took the treats but still kicked up a fuss. After a couple weeks, mum gave up and let me stay at home with her. Since I was the baby of five, she was pretty much worn down, so I got away with a lot of things.

What made you decide to start studying theater and dance in Chicago?

I wound up in Chicago as my work as a Physiotherapist took me there. I’d always been interested in music and theater, but had limited access to such things in my home town. Chicago is a mecca for all thing art and theater related. Center Theater was located right across the road from my apartment and Joel Hall Dance Studios a quick rollerblade away. I had no excuse not to follow my dreams.

How would you describe your experience of studying film & entertainment at UCLA?

Studying film and entertainment at UCLA was terrific. I met a lot wonderful industry folk and learned a great deal. My classes were in the evening, so I was able to work and study at the same time. For anyone who needs a crash course in Entertainment Studies, I highly recommend taking some classes at UCLA.

In what ways do you think your Bachelor of Applied Science & MBA has helped you shape into an author?

I do a lot of research for my books and I think having the discipline of studying science helped. Or maybe, I studied science because I have the discipline for research. I guess this is a chicken and egg situation. Writing a novel is journey with no clear end in sight. Studying a degree feels the same way. Having the experience of long-term study does prepare one for the marathon that is writing a novel. You learn to set achievable goals and to work at these goals everyday. As with a degree, you don’t expect to be finished in six months, or a year, or more. You simple buckle down and get on with it. In the end, the daily chipping away leads you to the day you thought would never come: your graduation.

What inspired your debut YA/Fantasy CECILIA? Did you expect it to win the Author Academy Award (MG/YA) and the Literary Classics Award (Gold - YA/ Adventure & Silver - YA/Fantasy)?

CECILIA is actually based on a ballet. My husband, who is a composer, was looking to write a ballet and I offered my services as librettist for the ballet story. Inspired by the artwork of Leonardo DiVinci, the main characters evolved, along with a basic five-act structure, and an underlying good vs evil premise. I then knuckled down and began writing the details. Most ballet stories run four to fifteen pages, so I figured the role of librettist would be pretty simple. Each day, I presented the story to my husband and he told me, “That’s great, keep going.” Ninety-pages later, his work schedule exploded and was unable to continue work on the ballet. I looked at my mammoth story and asked, “What am I supposed to do with this?” He said: “Write a novel.” And I did. The rest, as they say, is history. I truly didn’t expect any awards. Winning the Author Academy Awards and Literary Classic Awards was an absolute thrill.

What was your reaction on making the quarterfinals of the American Screenwriters Association Screenwriting Competition?

Considering that the very first screenplay I ever wrote, “Life on Mars" got me to the quarterfinals of the ASA Screenwriting Competition, I was pretty chuffed.

How much did you research about the time 200 years past the Great War for writing your book, "Cecilia”?

I did a lot of research for CECILIA. I needed to consider the decay time of materials, what would still exist vs what would have been decimated by the elements and natural decline. I also needed to consider what new technologies may have arisen and what would no longer be functional without electricity. The general feel of this 200 years in the future is medieval meets steampunk.

Who inspired the character of 18 y.o. Cecilia?

A singular person did not inspire Cecilia. She is an amalgamation of positive characteristics; the idealized version of someone who grew up in a Utopia. I will say, though, many of her more “stubborn” characteristics do have the essence of that four-year-old girl you read about earlier - the one who excepted bribes to go to pre-school but then still refused to go.

When I have a story that needs to be told, writing makes me feel euphoric. I am literally compelled to write in order to be able to function. I can’t sleep or focus on anything else until I get the story out. If I’m not writing, then I’m usually in the “brewing” stages of another story (that’s where you have a basic idea for a story and you’re throwing around plot ideas and character). I’m also probably editing another story and doing marketing. The rest of my day is filled with the mundane of cooking, cleaning and looking after my husband and three cats.

What do you most enjoy about writing in the fantasy genre?

In CECILIA BOOK 1, many of the fantasy elements are limited to mythology. The Goddess of Light and her Dark Shadow exist but do not feature strongly in the story. In BOOK 2 and 3, the mythology is front and center, our good vs evil entities are far more tangible to the reader. Figuring out what this “tangible” layer would be has been challenging and thrilling. My only limitation is my imagination.

If you were a tour guide, what would you like a visitor to see in Los Angeles and what impression would you want them to take away with them when they leave?

Funny that you ask this question. My niece just arrived from Sydney, Australia and I was her tour guide for a few days. Places we went to include: Griffith Park Observatory (great views of LA and the Hollywood Sign); Hollywood & Highland, which has the Mann’s Chinese Theater and Walk of Fame; and Santa Monica Pier, including the Third Street Promenade. We also had Rodeo Drive and the Venice Beach canals on the list but jet lag kicked in for my niece. The Universal City Walk and Theme Park along with Disneyland are a must. We just needed more time, which we didn’t have on this trip. I don’t have a specific impression that I’d want someone to have of LA. The one impression they do leave with, which saddens me, is that of all the homelessness. My family and friends from Australia are shocked by this. The last thing they expected to see in such a wealthy city is the immense number of tents under freeway passes and along sidewalks.

How much time do you spend with your husband and three cats?

My husband and I both work from home, so we spend a lot of time together. He’s around for me to bounce story ideas from and he pulls me into his studio several times a week to listen to and discuss music that he is working on. As for my cats, I probably spend the most time with Noodle (the youngest) as she loves to sit on my lap when I’m writing or on the printer right next to me.

Don’t be overwhelmed by the idea of writing a novel. Set small, achievable goals and stick to them (e.g. 500 words a day). Never go back and re-read, doing so is a time suck and the sign of a true procrastinator. The first draft does not have to be perfect, it just has to get done. If you have forgotten a character’s name, don’t waste time going back to look for it. Simple leave a space like ————————. Writing is re-writing, you can fill it in on another pass. Also, don’t get hung up on spelling and grammar. During the first draft, story is the most important thing, not grammatical perfection. A million and one things can distract a writer, the key is to not let them do so.

I have just completed the first draft of CECILIA BOOK 2 and I’m about five chapters into BOOK 3. I have the entire story mapped out, I just need to finish writing it. My plan is to release these books within six months of each other so that my readers will not have to wait too long.

What are some websites you like to use for your book promotions and how do you think AllAuthor measures up?

I mainly use Social Media sites like Instagram and Facebook for promotions. Goodreads promotions are great but they are really expensive. AllAuthor is terrific. The price is right and the GIFs and Social Media assets are invaluable.

Have brimming questions to ask author Sandra L Rostirolla? Ask whatever you like, but keep it appropriate.
** Please note that unanswered questions will not appear on the page. Refrain from posting promotional messages.

The author, a good book and you! Contact Sandra L Rostirolla here.
** Please refrain from spamming and don’t bombard the author with promotional mails/messages. Your IP/Email address may be blocked if found doing so.