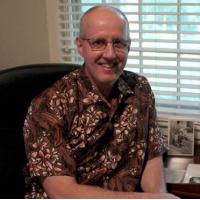 Stanley P. Brown as a child always had heroes. These were mostly in the form of those populating the pages of Marvel Comics. Realizing he didn’t have the right stuff to be a superhero himself, he concentrated on academics. Soon enough he earned a doctorate and went on to his first academic post at The University of Mississippi. Many scientific publications and several textbooks followed, but the call of storytelling remained strong in him and he answered that call. The Legacy, his debut novel, is the result of that. Other novels (Veiled Memory and Fallen Wizard) are following in short order, with sequels planned for the three fictional worlds he has created. 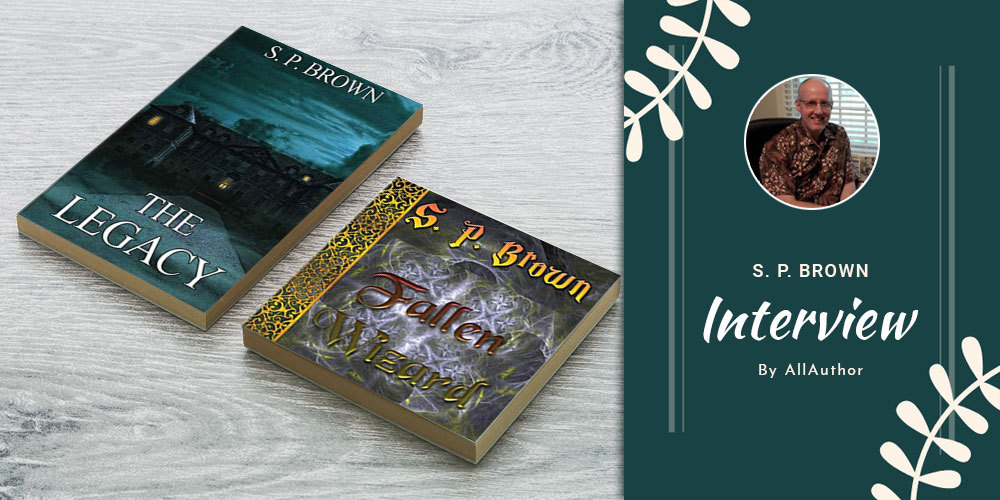 "Writing novels was a challenge S.P. Brown put onto himself out of boredom. Many scientific publications and several textbooks followed, but the call of storytelling remained strong in him and he answered that call in 2005. The Legacy, his debut novel, is the result of that. He does not write in any single genre. His books are multi in that regard. Other novels, Veiled Memory and Fallen Wizard are following in short order, with sequels planned for the three fictional worlds he has created"
What did you enjoy doing the most during your childhood?

Wow, I really can’t remember the first, but there have been many. Quite possibly the first was at some point during reading Tolkien’s great works.

Who is your favorite character in the Marvel comics?

When and how did you realize you don’t have the right stuff to be a superhero yourself?

Well, that’s a silly question, but I’ll play along. In my preteen years.

Of all the genres that you have written so far, which one do you really enjoy writing?

The one I’m currently working on – children’s animal mythology.

Do you think someone could be a writer if he or she don’t feel emotions strongly?

Hard to say. I think it doesn’t really matter. There are all types of writers. But I do emote. I’ve recently finished the sequel to Veiled Memory. It’s called The Ruby Ring and I cry every time I read the ending sequence.

How was your experience of going on to your first academic post at The University of Mississippi?

Great, time of personal and intellectual growth. We were also starting a family, so it was a very busy and exciting time.

How do you think all your scientific publications and several textbooks helped you shape into an author?

You mean as a novelist, I think. Well, it put me in the frame of mind as a writer, which has always been a part of my work as an academic. The craft of fiction is far different, though, and I never took a creative writing course. But I’ve learned on my own, both in writing science and in writing fiction. Though I had a couple of great academic mentors I’ll call out right now – Walt Thompson and Ron Byrd. Great writers and clear thinkers and careful scientists.

What motivated you to start writing?

Writing novels was a challenge I put onto myself out of boredom, really. I wanted to see if I could do it, not only finish a novel but one good enough to be published.

When did you finally answer the call of storytelling? 2005 was when I actually sat down to start writing fiction.

What inspired you to write your debut novel, The Legacy?

No inspiration for it. Story just popped into my head and I started fooling around with it, developing the mythology behind it slowly.

It didn’t. My novels are generated from an idea and I start writing immediately and edit as I go along. The story eventually takes over and writes itself.

What is your writing Kryptonite?

If by this you mean what stops it, stands in the way, I suppose it’s the fact that I really watch far too much TV. A real time waster.

What do you love the most about writing crime fiction?

I am not a crime fictionalist, but The Legacy does have an aspect of that. In all my work, which is contemporary and in the real world, there is the challenge to make it seem real. There is a paranormal element to all my work, so the real has to mesh with the unreal. That’s also a challenge.

How is writing a supernatural suspense book different from writing a science fiction one?

Completely different genre. I do not write in any single genre. My books are multi in that regard.

How long did you spend researching before beginning your book, Veiled Memory?

Very short time frame. It’s about half fantasy half sci-fi, so I wanted the sci-fi to be kind of right because it is set in this world and contemporary times, so part of it is real life. For example, the earth/moon distance is a thing in the story so the research I did do was spent largely in understanding the operation of the laser ranging telescope at the McDonald Observatory in west Texas.

What are some things to keep in mind while writing a children’s fantasy?

Keeping the kids in mind. Writing for them, but not down to them. I use some challenging words and concepts in the book. They can handle it.

Do you relate to the twelve-year-old Peter Michaels in any way?

Yeah, I wanted to make the Pony League allstar team too at that age.

Have you read anything that made you think differently about fiction?

Which of these two books would you suggest your readers read – The Legacy or Veiled Memory?

Naturally both. They are vastly different. Legacy is paranormal crime and VM is sci-fi/fantasy.

What was your hardest scene to write in Fallen Wizard?

In ALL my books it’s the opening scene. It has to be as good as you can make it.

If you could tell your younger writing self-anything, what would it be?

Dude, start your fiction writing now! (I should have started years earlier.)

Out of these two characters, with whom would you like to go out for a dinner – Ginny or Dr. Rankin?

They are actually the same person from The Legacy. The better question is, Dr. Madeline Alleyn (From Veiled Memory) or Dr. Virginia Rankin. It would be Dr. Alleyn. The first character I ever created. She’s brilliant and beautiful – a common trope.

You don’t live in their heads in any aspect of life’s experience, so it isn’t easy to pull off. I think I have. One needs excellent Beta readers to keep you on track.

How do you select the names of your characters?

Who inspired the character of Dr. Madeline Alleyn?

No one, though my beautiful wife is also a PhD historian. She is a tragic figure that I am in the process of redeeming. Gotta read Book Two of The Stonehenge Chronicles – The Ruby Ring.

What are common traps for aspiring writers?

Not staying with it. And not writing every day.

Have brimming questions to ask author S. P. Brown? Ask the author whatever you like, but keep in the appropriate zone.
** Please note, unanswered questions will not appear on the page and refrain from posting promotional messages.

The author, a good book and you. Contact S. P. Brown here.
** No Spamming: Spam is an irritant to regular users or the authors. Please note that bombarding promotional mails/messages is strictly prohibited. Your IP address may be blocked if found doing so.