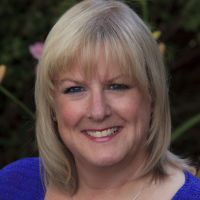 An Oregon native and Amazon international best-selling author, SM. Stryker started writing as a way to explore the aspects of the human condition. Her stories take you on a personal journey in which her characters learn something about themselves, weaving true love stories about people destined to be together.

SM. Stryker writes stories that are deeply emotional with subjects that lean toward the taboo, subjects she learned and lived as a child, then later as a teen and young adult. She has always believed that things happen for a reason. That is the message she often tries to portray. Her books are filled with raw emotion and grit, showing the reader they can survive all things.

SM. Stryker is the dirty alter ego of a quietly introverted mortgage broker behind the stories. While she might be a wife (to her biggest cheerleader), mother of four adult daughters and grandmother of four on the outside, there's nothing but hot and steamy fantasies being plotted beneath the surface.

Known for her real-life emotionally charged, unpredictable, suspenseful but heart-warming page-turning romances novels, Stryker's stories touch on normally unspoken subjects. Her characters are strong, intense, and gut-wrenchingly real. Heroines that fight their demons to become survivors and their sexy but sensitive alpha hero's that will fight beside the women they love in their journey to find their own solace.

Stryker tries to use her platform as an author to raise awareness about sexual abuse of children and adults. Although quiet by nature, she loves to hear from her readers! 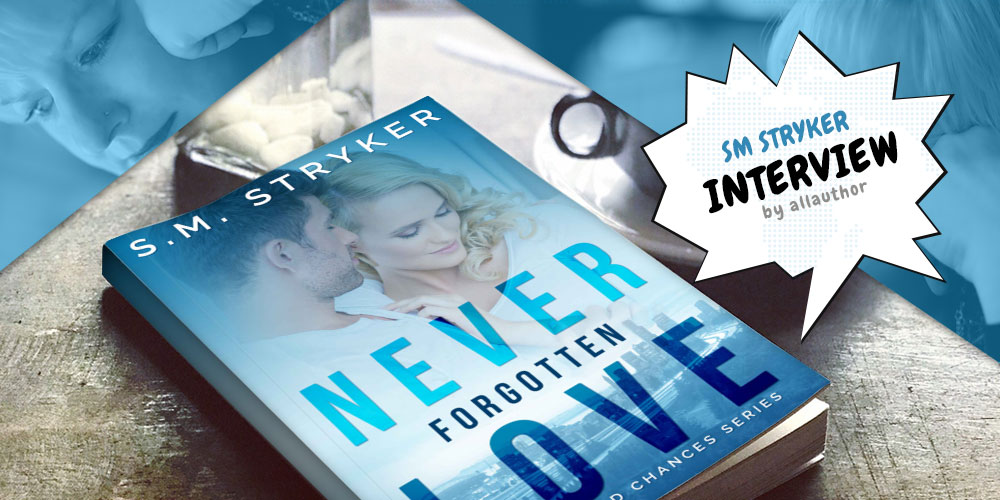 "Amazon Best Selling author SM Stryker screamed with excitement when her first book, "Stolen Innocence", became an Amazon bestseller. It was Fifty Shades that sparked her interest in writing. Her book, The Locket’s main story-line was based off her childhood. It came from her personal experience. The author wants people to understand and talk about sexual abuse at homes. She wants victims to become survivors and understand they can get through anything. And, she wants to be an NYT bestseller."
What was your life like growing up? Tell us a funny story from your childhood.

I didn’t have the most conventional upbringing, at least not from the inside. From a very early age, I was sexually abused for years… until I got pregnant at 12. When that sexual abuse ended, my fathers started at 14. On the outside, we were the typical loving family; boy scouts for my brothers and girl scouts for me. We lived on a small farm and raised our own food. Like most children living on farms, we had our chores we had to do, but I think back to what my older brother and I did as elementary children and think my parents must have been insane. My father was a tool and die maker and would contract out jobs to do at home. My brother and I would come home from school and pull up a stool and started to drill parts on a drill press. You see, if we made enough money, we could go to Disneyland; and we did. My grandparents lived a little south of LA, so every few years we would go down to visit. Back to the story. Again, on the outside we were the perfect family, we went camping in the summer, which I loved. Loving horses like most little girls, there was a place by where we camped that rented out horses. I wanted to ride so badly, so my mom had my two brothers and I on one horse. We were small, I might have been 8, my older brother 9 and my younger 2. The ride didn’t last too long; 30 seconds, before the horse buck all of us off. I bought a horse a few years later. Out in the country, we didn’t have any neighbors that lived close by, so my older brother and I were very close. (part of the above story) We had pigs and a father that never could build a good fence. It was nothing unusual for us to be riding a pig in the back yard to get it in the pen.

What is one of your first stories you ever made up/wrote? Did you ever complete it?

Stolen Innocence was my first book. Yes, I did finish it and it became an Amazon best seller. It has a lot to do with my childhood. It’s not for the faint of heart.

What were some of the thoughts going through your head when you found out you were a Amazon Bestselling author?

I screamed with excitement. I was receiving amazing reviews and never thought I would get there.

How did you come up with the plot and characters for Loving Redemption? What were you trying to achieve with this story?

One of my daughters was in the Army, so I got some of the information from her when she was in Afghanistan. Honestly, I let my characters tell a lot of the story. I have an idea where I would like it to go, but they tell me how.

Which of your books took the longest time to write and why?

The Locket. It to is about the earliest years of my life. It’s raw and gritty and the storyline is something that was never spoken about. As will all my stories, they are not 100% true, that would be boring, but the main storylines are based off of events that have either happened in my life or someone’s that I am close too.

Have you ever Googled yourself? What did you find?

Yes, it’s been a while. It’s all about my book and writing. I use a pseudonym of my last name, so it is pronounced correctly. Otherwise, you would probably see who I am on the other side of my name; children, volunteer work, and yes, you will find my current job and my author work as well.

If you could take any one of your characters for a dinner date, who would it be and why?

Oliver from The Locket. He is my hero. He was always there to protect Samantha. Always in the shadows until he was needed. PS, my nickname from my teen years since the abuse as a young teen was Sam. Still is, my license plate is Sams. She is my alter ego.

What is the most exciting thing about writing a book in romance genre? Do you think your thirty years relationship with your husband has inspired you to write romantic novels?

I won’t say the last 31 years has been easy, but yes, as we have gotten older, our relationship has changed. We communicate better love better and give more of ourselves. I write the way he makes me feel. Cherished, loved and accepted for who I am, even with my baggage.

Who are some of your favorite authors and how have they influenced your writing?

WOW! Hard question. When I first started thinking about the idea of writing, I contacted several authors that I read. Vi Keeland was always there to answer all my monotonous questions. I would like one day to meet her to tell her in person. Some authors are always a one click for me. Vi, Penelope Ward, HM Ward, AL Jackson, Sylvain Reynard (AMAZING) the list is many. But ultimately it is the books that have influenced my writing. Some people don’t understand some of the books because I look at them differently. It was Fifty Shades that sparked my interest in writing. Again, I would love to one day tell EL James that. There is so much controversy over that series, that no one sees the true story. That’s what I saw when I read it. A boy that had is innocence taken away and never felt worthy of love. Sylvia Day; the Bared to You series made me see that there were other girls out there that went through what I did as a child. Sylvain Reynard; Gabriel’s Inferno series. Those are the books that I keep going back too.

What are some things you would do differently if you could go back in time to right before you wrote and published your book?

Not let anyone at my workplace know. I lost my job for writing Stolen Innocence. They said it went against their sexual harassment policy. Not because I talked about it, just because I was writing it. It was a very difficult time. Also, the book got banned a couple time due to the incest in the book. I had to go back and change the book to an adoptive father. Amazon wouldn’t tell me why they banned it. I had to guess. Once I change the relationship, I never had an issue.

The Locket’s main storyline was based off my childhood. It came from my personal experience. Deeper in the story, I had to research Reno, crossbows, arrows, guns, and mafia. The strangest thing I researched was probably blood splatter

Who inspired the characters Becket and Harlow? Have you ever modeled any characters after your best friends?

Beckett is actually based off my husband’s childhood, but tamer. The cruel words and actions by Beckett’s mother and stepfather were true. A reviewer once accused me of being over dramatic with his mother because she was always portrayed as a villain… That’s because, SHE IS!!! The fights, the nasty names that were said, the way she treated her son, was actually way worse. OK… off my soapbox. Yes, I have used friends and family characters in my books.

Would you ever write in any other genre than romance? If yes, which one would it be?

Yes, I’ve thought about murder mysteries, but there is something about having a love interest in a story.

Have brimming questions to ask author SM Stryker? Ask the author whatever you like, but keep in the appropriate zone.
** Please note, unanswered questions will not appear on the page and refrain from posting promotional messages.

The author, a good book and you. Contact SM Stryker here.
** No Spamming: Spam is an irritant to regular users or the authors. Please note that bombarding promotional mails/messages is strictly prohibited. Your IP address may be blocked if found doing so.