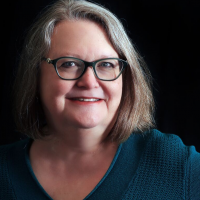 I've been writing since I could read, but now I'm doing it full time and loving it just as much as when I started! 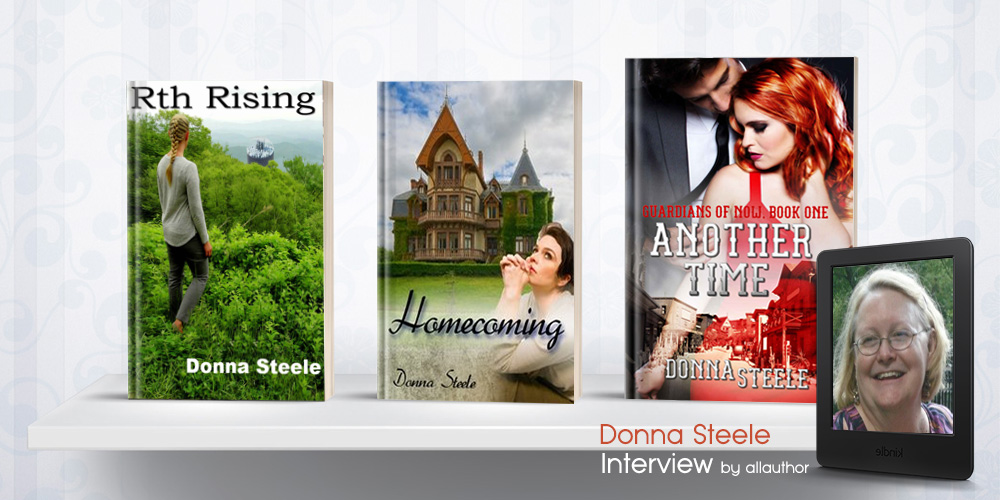 "Donna Steele grew up in a small town in western NC, Hudson with her grandmother and parents. She writes science fiction, paranormal and small-town romances about women coming into their strength and having the courage to find and accept love. She is a member of Romance Writers of America, the Fantasy, Futuristic & Paranormal Chapter of RWA and the Heart of Carolina Romance Writers. "The Melting" was inspired by a true event when Donna and her husband took an Alaskan cruise several years ago and went to Glacier Bay where she spoke with a woman who had been there years before and she shared her pictures with Donna. Her imagination took off by the incredibly diminished glaciers she saw.Apart from writing a good story another hardest thing for her is to name her characters, especially villains. There is a lot more to know about her other than what we know."
Where did you grow up? Do you still live there? If not, why did you move and do you think you'll ever go back to living in your hometown?

I grew up in a don’t blink or you’ll miss it small town in western NC, Hudson. I left to go to college, and while I visit, because my sister still lives there, I won’t be moving back. It never felt right for me. I don’t want to live in a huge city but the happy medium fits me well.

Describe yourself in 3 words. What are some major events from your childhood that you think really shaped your outlook on life and on writing?

Imaginative, unexpected, caring I grew up with my grandmother living with us as well as my parents, so I had three people directing the way I lived, usually at odds with one another, so I couldn’t “win”. I was also born with a mild form of EB – epidermolysis bullosa which greatly inhibited physical activity (still does) so swimming has always been the best exercise for me and I love it. It also had me reading to explore all the things I couldn’t do in real life. My love of books and searching, but not finding, exactly what I wanted to read, shoved me forward to create my own.

What were some of the day-jobs you've held and do you think they have contributed to your growth as an author?

Secretarial work is most of my experience. I started at the age of 12 and did that for fifty years. I’m lazy, so I’m very organized and efficient. I did wait tables one summer during college at the beach – my feet eventually forgave me, and I’m a force to be reckoned with at a buffet because I can carry six plates up my arm – LOL!! I think mostly it got me used to sitting my butt in the chair and getting the work done, making deadlines and completing what was assigned.

As a writer of science fiction, how do you balance between fact and fiction when writing a good scifi?

I love writing something that feels possible. I haven’t branched out into fantasy because there’re so many stories that can be grounded in reality and still have that twist of paranormal in them. That’s what I look for – is it possible?

Tell us a little about your book "Alien Embrace" and how you came up with the idea. Do you believe in aliens?

First, I definitely believe we are not alone in the universe, I never have. I don’t know about Roswell, but A.E. van Vogt’s Slan was one of the first books of Daddy’s I absconded with and it made so much sense. Then there’s Star Trek’s episodes where they observe a planet without violating the Prime Directive – it all feels real to me. As for having to leave a decimated planet due to the inhabitants short- sightedness, as the aliens in Alien Embrace are forced to do, that feels incredibly real to me as well. And if possible, to remember or even retain some of the culture they’ve been forced to leave and pass it on in a new environment—that would be the ultimate sacrifice.

What inspired your book series "The Melting"? What sort of research was involved in writing this book?

My husband and I took an Alaskan cruise several years ago and went to Glacier Bay. While there, I spoke with a woman who had been there years before and she shared her pictures with me. The glaciers were drastically diminished in her lifetime and my imagination took off. That became the first scene in the book, and still one of my favorites. As for the medical information, I’m incredibly lucky to have a couple of doctors in the family so I glean all I can from them.

I so loved writing that one. Social issues – let’s see, equality for women and environmental issues are the main ones. To have everyone doubt that Dee was a “real” doctor drove me crazy. I write strong, capable women who in more than one book have saved the butt of the hero even as he has saved hers (equality). All of my books touch on the environment – even it it’s just to mention that someone drives a Prius or recycles. I loved having the children laugh in Another Time when Dusty mentions the absurdity of having one-use diapers. I don’t know if people have noticed – maybe in The Melting Series, or Alien Embrace where that’s the crux of the story, but they’re seeing it even if it doesn’t register as, ‘hey I should do that’.

Your book "Before You" seems like another normal, sweet love story at the surface, but beneath that lies so much more. What is the paranormal aspect that you've incorporated into the story and what inspired this idea?

My father embraced the idea of reincarnation, so we thought of it has normal in our home. It’s in every religion (though it was voted out of Christianity by the First Council of Nicaea because if people thought they had another chance, they didn’t give the church enough money.) I think of it as the Stephen King effect – everything’s normal except there’s that little twist. That’s what I look for in what I read, I want the story to be realistic and then be surprised by something that could happen. Used it in The Melting and Small Changes as well – what if . . .

Between "Nowhere For Christmas" and "Moe's Christmas", which book would you be more likely to read during the holiday season if you hadn't written them?

I guess Nowhere for Christmas, since it’s more generic. In Moe’s Christmas, if you haven’t read Before You there’re some gaps. That said, it’s hard to decide – they’re all my children.

How do you decide on which names to use for your characters in your books? Which name is your favourite so far?

That’s one of the hardest things for me. I think of a name, then I realize I know someone with that name and it screws how I feel about it. It’s especially hard writing villains because if I know someone with that name I like, I can’t do it. Normally I write all heroes as David and have to change it later. Not sure why I can get into David’s head easier. As for women, I’d rather cut off a toe than pick a name. Argh!!

Who are some authors that inspire you to write? Favourite books?

How long do you have? Inspiring authors – Sherri Tepper, Larry Niven, Stephen King, Sherilyn Kenyon, Suzanne Brockman, Norah Lofts (talk about the master of that little twist!). Books are even harder – Shikasta by Doris Redding, The Stand by Stephen King, Hammer of God by Larry Niven, Dragon’s Egg by Robert Forward, The Decline and Fall of the Gibbon by Sherri Tepper and countless others.

What is something memorable you've heard from your readers/fans?

Got a letter (snail mail) from my 7th grade teacher congratulating me on my first book. I still remember the best thing I thought I wrote for her got a D – LOL!! I found it all marked up when we downsized to move to a condo. I have her letter safely enshrined; we lost her a few weeks ago. I love to have someone ask when is the next one scheduled of course and even more when they leave a review (only need about 12 words at Amazon!)

What are some pearls of wisdom you would like to bestow on any budding writers out there?

If you don’t try, I’ll never get to read it. You have the idea, get it down. Edits aren’t easy but as Nora Roberts says, you can’t edit a blank page. The saying I have taped next to my computer is “What would you attempt if you knew you could not fail?”

Have brimming questions to ask author Donna Steele? Ask the author whatever you like, but keep in the appropriate zone.
** Please note, unanswered questions will not appear on the page and refrain from posting promotional messages.

The author, a good book and you. Contact Donna Steele here.
** No Spamming: Spam is an irritant to regular users or the authors. Please note that bombarding promotional mails/messages is strictly prohibited. Your IP address may be blocked if found doing so.