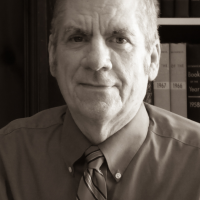 Steve Carr, who lives in Richmond, Va., began his writing career as a military journalist and has had over 360 short stories published internationally in print and online magazines, literary journals and anthologies since June, 2016. He has two collections of short stories that have been published; Sand and Rain published by Clarendon House Publications, and a third collection, Heat, published by Czykmate Productions. His collection of YA stories, The Tales of Talker Knock, was published by Clarendon House Publications. His novel, Redbird, was released in November, 2019.His plays have been produced in several states in the U.S. He has been nominated for a Pushcart Prize twice. 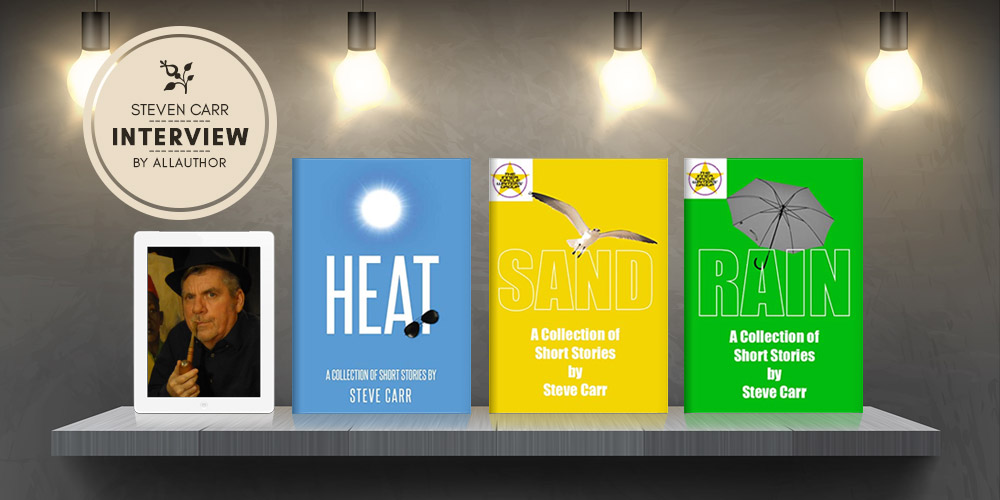 "Born and raised in the city of Cincinnati, Ohio, Steven Carr was a very adventurous kid. Writing news articles for newspapers as a journalist taught him how to set and meet deadlines and how to edit his own work. It was in college that he really became interested in writing, directing and producing plays. In 2016 when he began writing short stories in earnest, his first short story was titled “Eleanor” and it was his first published story. His plays have been produced in several states in the U.S. He was a 2017 Pushcart Prize nominee.
Currently, Steven is working on reaching his next goal of having 300 stories published."
Where have you spent most of your childhood? Did you always wanted to become a writer?

I was born and raised in the city of Cincinnati, Ohio. I was a very adventurous kid, and Cincinnati was a great city to roam about in because there were so many things to see and do. When I was in high school I had an English teacher who said I had talent as a writer. It lit a fire in me to write.

How do you think your writing career as a military journalist has helped you shape into an author? Out of literary journals and anthologies, what did you enjoy writing the most?

Writing news articles for newspapers as a journalist taught me how to set and meet deadlines and how to edit my own work, very useful things for being an author. I really like writing stories for anthologies because they all provide some kind of prompt for the stories they are looking for. When an anthology publisher says “We want stories about strange vacations (for example)” it immediately sparks my imagination.

How do you come up with the titles of our books? What is the significance of naming your book “Sand”?

Your plays have been produced in several states in the U.S. How did you end up being a theatrical producer? What it felt like to be a 2017 Pushcart Prize nominee?

My college degree is in English/Theater. It was in college that I really became interested in writing, directing and producing plays. It wasn’t until years later that I had the money and the opportunity to develop my own production company. I was thrilled to be nominated for a Pushcart Prize, but I felt the magazine that had nominated me, had nominated the wrong story. They had published two of my stories and I felt the one they didn’t nominate was a far superior story.

Having written over 200 short stories internationally, out of print and online magazines, which do you prefer reading more? Which was the first short story you ever wrote?

I like the feel of a real book or magazine in my hands when I read a story, but I read a lot more stories in online magazines because I want to read what my peers are writing. I had three short stories published years ago and I don’t recall their names. In 2016 when I began writing short stories in earnest, my first short story was titled “Eleanor” and it was my first published story.

Being titled as soldier, sailor, journalist, student, counselor, actor, playwright, director, theatrical producer, traveler, photographer, animal lover, writer of short stories, what did you enjoy doing the most? Which is your favorite travel destination?

Each of those things were special in their own way, but I have a great fondness for animals. I regret that I didn’t become a zoologist or a veterinarian. We all need to be better caretakers of the animals on this planet. Once a species is gone, it’s gone forever.

Which is the best memory from winning all the short stories competitions till date? According to you, what makes a great short story?

Every once in a while I write a story that I think is in the “great” range of short stories and “Paper Mache Man” is one of them. When it won a contest sponsored by Two Sisters Writing & Publishing I felt it was really deserved. A great short story to me makes me feel something, evokes emotions, takes me to a place or some character’s life that fills me with a sense of awe.

"Sand"has received such a wonderful response for its inspiring and excellent writing. What inspired you to start with it?

I was approached by the publisher, Grant Hudson of Clarendon House Publications, who knew of my publications history, to do a collection of stories toward the end of 2017. In my opinion I had enough good stories published already that I thought I could draw from to put together a decent collection. Sand came out in February of 2018.

Out of "The Snow Mother” and “The Missouri River Story”, which is your personal favorite? Why?

Those are two such different types and genres of stories, but “The Missouri River Story” is much more complex; it has layers and subtext that I like a lot so for that reason it’s my personal favorite, but “The Snow Mother” is magic realism, a genre I enjoy writing.

Having received so much love for your first novel “Sand”, do you plan to continue writing collections of short stories? Do you wish write in romance genres ever?

I have three published short story collections now, Sand, Heat and Rain and a young adult collection based on one character, The Tales of Talker Knock coming out in December. I have another collection ready and am sending out queries to publishers and agents in hopes of getting it published. Clarendon House Publications who published Sand and Rain and are publishing The Tales of Talker Knock are very open to publishing more collections of mine in 2019. I’m not a romance genre writer. I’ve written a few romance stories that were off-beat, but I can’t see me ever writing traditional romance stories. It doesn’t interest me.

What inspired the plot of “The Tale of the Costume Maker?” How long did it take you to write this short story?

“The Tale of the Costume Maker” was the second story of mine published in 2016. I wanted to write a story about some of the artificiality and exaggerated emphasis on appearance and obsession with famous people prevalent in some sectors of the gay culture. I can say with some pride it’s a story unlike any other I’ve ever read. It took me about four days to write.

Are any of the stories in “Sand” inspired from your real life experiences? How do you choose character names?

Settings for a number of the stories in Sand are from places I’ve been, but none of the stories are from real life experiences. I rarely write stories from my life. My imagination creates enough alternative lives and worlds so that I don’t have to use my own. In most cases the names for characters are pulled out of the air. I have used the names of people I know for some of my stories as a way of honoring those people.

Who was your first reader? What is the best compliment you have received for your writings?

The first person to read one of my stories, if we begin in 2016, would be the editor of Literally Stories, the ezine that published my first story, “Eleanor.” Best complement: “Your stories will be read and talked about a hundred years from now.”

Are you working on a project at the moment? If yes, what is about?

I am working on reaching my next goal of having 300 stories published. As of today, I’m at 229. I’m also trying to find an agent to represent my paranormal/psychological horror novel or interest a publisher in it.