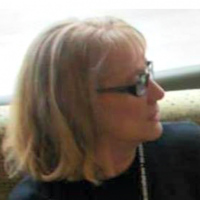 Susan is an award winning author of Fit For A King, a contemporary western and a RONE nominated author of A Cowboy For Christmas. She is also a best selling Amazon author.
She has four series available: The Men of Clifton, MT. The Bad Boys of Dry River, WY. The Callahans, and The Beckett Brothers. All can be read as standalone. Fit For A King is a standalone book.
Susan loves hearing from readers and personally answers all emails. 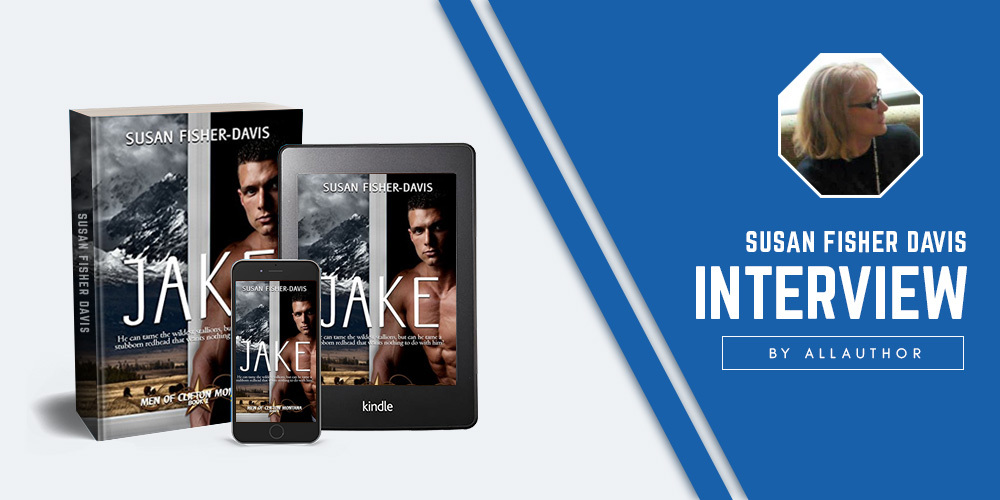 "Susan Fisher Davis grew up in Cumberland, MD. The writing bug hit her when she was in 6th grade and won a story contest. She wanted to be a veterinarian when she was little. One of her all-time favorite books is Death Be Not Proud by John Gunther. A Cowboy For Christmas was the most difficult because it was so emotional. She always thinks of the characters first, then makes up the story. She writes all of her books at the same time. She doesn't do a written draft of a story, she just sits and types. No thought process, just type. She is hoping to get the next book in The Callahans series out before the end of this year."
Where did you grow up? What kind of child would you say you were?

I grew up in Cumberland, MD. I was a good kid because I had wonderful parents.

What were your dreams as a child? Did you always want to be a writer?

I wanted to be a veterinarian when I was little. I love animals so much. I think the writing bug hit me when I was in 6th grade and won a story contest.

What first got you into reading and writing? What was the first story you ever wrote?

My mom got me into reading. I used to make fun of her reading those romance novels and she talked me into trying one. Well, I got hooked big time. The first story I wrote was, JAKE Men of Clifton, Montana Book 1

Which book did you love reading while growing up? Do you read physical books or digital ones now?

One of my all-time favorite books is Death Be Not Proud by John Gunther. I read it years ago and it has stuck with me all this time. It's a tear-jerker. I read both, but I still love holding a book in my hand.

What kept you motivated throughout the years of writing and receiving so many rejection letters?

I just decided not to give up. Even the best authors get rejection letters. I had quit for a few years because I thought I'd never get published. Then I met Amy Valentini and she helped me with my work.

Where did you meet Amy Valentini? How would you describe your relationship with her?

I met Amy through the Avon Romance webpage. They have a section where writers can post parts of a book they're working on and get honest opinions. Amy made a comment on mine. She said she liked it, but the POV was all over the place. I got in touch with her and we decided to work together to get my story better, and we did. My relationship with her is, she is not only my editor, she is my friend. A good friend. I treasure her opinions and her honesty. I wouldn't be where I am without her. I submitted to five publishers and three wanted it and it was because of her. I knew then, we had a great relationship.

How did you end up being with Blue Whiskey Publishing? Is getting your books published the most difficult part of your artistic process?

I was with Secret Cravings Publishing for four years, but when they closed their doors, I announced on Facebook that I wasn't sure what I was going to do as far as publishing. I had several offers right then, and chose Blue Whiskey Publishing. I don't think getting a book published is hard because of self-publishing now. I think the hardest part, is the writing itself. It is one of the hardest things I've ever done. It takes a lot to get that story on 'paper'.

Out of the three books in the The Callahans series, which one did you find the most challenging to write and why?

A Cowboy For Christmas was the most difficult because it was so emotional. I had to get the emotions into that story without making it sappy. I think I did that. It's one of my favorite stories.

What inspired the plot of your standalone novel, Fit For A King? What do you enjoy writing more - standalones or series?

Fit For A King just popped into my head one day. I wanted a real stubborn cowboy who would be brought to his knees by the woman he wanted but was too afraid to commit to her. I love writing a series because I love adding all the characters in to each book. I have them all interact in each story in the series.

Jake Men of Clifton is a fabulous beginning to the start of fabulous Cast of cowboys. How did you get started with the Montana series?

I have always wanted to visit Montana and I have always loved cowboys. I married one. Jake just started 'talking' to me so I had to get his story written.

I always think of the characters first, then make up the story. I decided to make Mont an FBI agent because he'd been one of the 'bad boys' but really turned himself around, just like the others did. I don't do a written draft of a story, I just sit and type. No thought process, just type. Then I go back over it and do those dreaded revisions.

How do you get inspiration for the male protagonists in your The Beckett Brothers series? If you could go on a dinner date with one of the brothers, who would it be?

There is something about a stubborn, hardheaded cowboy. I don't want it easy for the woman to get her man. There has to be reasons why he's not interested in a relationship. A woman broke his heart, his wife passed away, etc. My cowboys are very stubborn and a little leery of getting involved with another woman.

If I could go on a dinner date with any of the brothers, it would be Grayson. He's a sheriff, and what woman doesn't love a man in a uniform, along with being a cowboy?

He's the sexiest one of the brothers to me.

Contemporary romance is a genre many new writers are exploring. How do you plan to reach the readers in such competition? Contemporary romance is THE genre nowadays and there is a lot of authors out there writing it. We just have to share those readers and I believe there are enough out there to do that. I read a lot of different authors, so I know other readers do too. It's hard to get your name out there. I don't know how new authors just starting out with self-publishing do it. It's hard. I was lucky enough to get with a publisher because they did the marketing for me and got me out there. There are so many authors now to choose from, but that just means more books to read!

What is the next book that you are writing? When can the readers expect it to be out?

Well, now there's a question. I write all of my books at the same time. I never finish one before starting another one. I have a total of 10 more books coming out over the next two years, and all of them are either finished or almost there. I go from book to book. I've had three open in Word at the same time and just go back and forth. It's my writing style. Can't change it if I wanted to. I'm hoping to get the next book in The Callahans series out before the end of this year. A lot of readers are waiting on Jaxon's story.

Another author had the link on her page so I looked it up. I saw there was a contest for a cover and I entered, Fit For A King. (which I won) As far as the experience, it's been great. Any questions I've had have always been answered quickly and professionally. I would recommend any author to join AllAuthor.

Have brimming questions to ask author Susan Fisher Davis? Ask whatever you like, but keep it appropriate.
** Please note that unanswered questions will not appear on the page. Refrain from posting promotional messages.

The author, a good book and you! Contact Susan Fisher Davis here.
** Please refrain from spamming and don’t bombard the author with promotional mails/messages. Your IP/Email address may be blocked if found doing so.