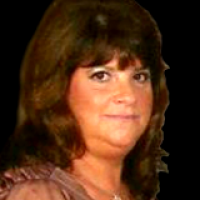 A career in writing has been an enormous leap for me. Accustomed to the number-crunching field of budgeting and the hectic commodity markets, I left my first career and M.B.A. in Finance behind to pursue my dream. However, I do not regret my foray into literature for one moment. I write every day and have even tried my hand at poetry. So don’t let anyone tell you it’s too late in life to try something different. It is never too late to follow your heart.

THE DEAD GAME SERIES brings fantasy and surrealism to the classic murder mystery with dead bodies, suspects, and clues. In addition, it offers vampires and a touch of romance to spice the motley mix.

MEET ME IN MAINE, the first book in THE BLUE HARBOR SERIES, provides the backdrop for murder, mystery, and romance in a seaside town. Love falters and flourishes as the residents fight the persistent evil plaguing their small-town lives.

Sit back, put up your feet, and let me bring mystery and romance to your lives. 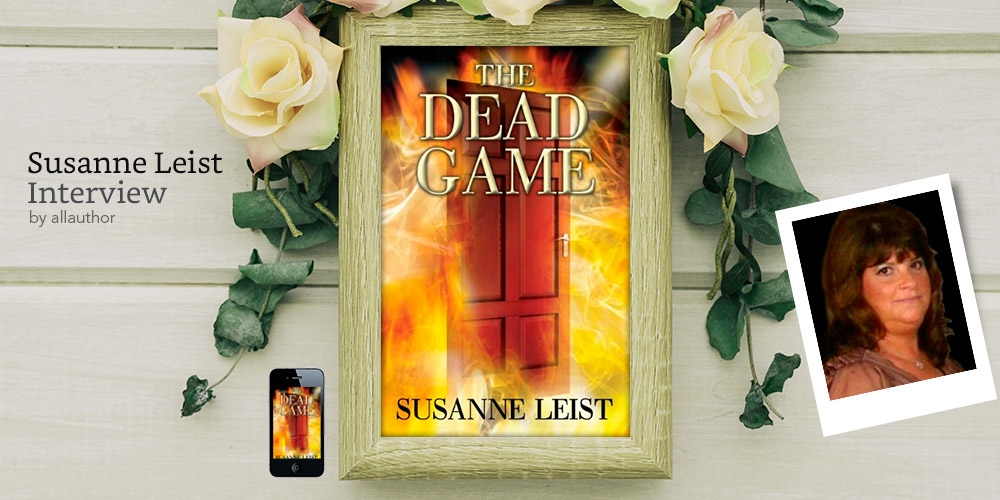 "Author Susanne Leist grew up in Sheepshead Bay, Brooklyn with her older, bookworm brother. She followed his steps into the pages of mysteries and science fiction. She never considered writing prose until she helped her own daughter with her essays as she applied to college. Additionally, the show, “Murder She Wrote”, also inspired her more to become a writer. One thing THE DEAD GAME series taught her is how tough it can be to promote books. Susanne would love to travel the world one day and is currently working on Book Two of the series, ready to be released this summer."
What place did you have the pleasure of growing up? If you could, would you move back and raise your children there?

I grew up in Sheepshead Bay, Brooklyn. I don’t believe I would want to live there now. The neighborhood has changed. I have fond memories of my childhood. It is hard to go back and recapture what we’ve already experienced. Since my immediate family has passed on, it is better for me to move forward instead of going back.

What is the first memory you have of books? When did you first realize you could write?

My brother, who was eleven years older than me, loved to read. Since he was my role model, I followed his steps into the pages of mysteries and science fiction. He read Agatha Christie, Isaac Asimov, and Alistair Maclean. And so did I.

I have always done well on reports written for school. I received comments such as insightful and organized. But I didn’t consider writing prose until I helped my daughter with her essays as she applied to college. We spoke about writing about my mother, her blindness, and later her dementia. The words poured out of me. That is when I first realized that I wanted, no needed, to write.

Did you ever enter writing competitions as a child? If so, did you win any?

I never thought of myself as a writer when I was growing up. I was a reader. I studied finance and marketing. I enjoyed science classes but never writing classes.

If you were to choose, would you rather be a vampire or a shape-shifter? Why?

I’ve always found vampires to be sexy and driven by their desires. They’re intriguing in their dark way. I first heard of shape-shifters on the T.V. show, Supernatural. Portrayed as creepy, some of them had extra-long tongues or resembled animals or monsters. I like my vampires to remain good looking until the end.

Which of your favorite TV shows has inspired your writing the most?

It is funny that you should mention this. The show, Murder She Wrote, planted a seed of one day becoming a writer. This seed never took root. I ignored it and went about my life pursuing a business degree. I wanted to be a writer like Angela Lansbury.

How did the character Linda Bennett come about? Which person did you model most of her characteristics after?

Linda Bennett is a form of myself. She desires to be happy above all else. A happily-ever- after seems to be forever out of her reach. But she’s determined to find it.

Most of my characters are based on people I know but with an extra twist or two. Shana loves adventure and finds herself in trouble most of the time. I have a friend like that. But my friend doesn’t cross the line, taking her into abandoned houses or a vampire’s lair.

Which secondary character in THE DEAD GAME are you particularly fond? Would you ever write a separate spin-off series for this character?

You must be reading my mind. I’m fond of Shana. She is going to be the star of the third book in The Dead Game series. My fans like her, and she deserves a separate book.

What were some things you learned about being an author when writing and publishing THE DEAD GAME that you never would've guessed otherwise?

I would never have guessed how hard it is to promote a book. I spend about eight hours a day advertising on social media sites. I’ve opened blogs and a website to share poetry to find an audience. The hardest part is struggling to keep The Dead Game alive on Amazon. Amazon controls the publishing industry. “If you make it there, you can make it anywhere,” to quote the Mary Tyler Moore Show. I’m determined to keep my book #1 in vampire suspense for e-books for as long as I can.

Between horror and romance, which scenes do you find easier to write? Were there any scenes or chapters in THE DEAD GAME that was particularly hard to write?

Chapter One was the hardest to compose. The Prologue flowed through my fingertips. Then I got stuck. It is difficult to introduce a town and its residents while keeping the action going strong.

The romance scenes have always been the easiest. In book two, which I have just finished writing, I included some hot scenes; and they were a lot of fun to write. I had to be careful: no fifty shades of vampires for me.

Is there anything you edited out of this book?

I edit each chapter and then go back to the beginning to make sure all points and plot twists are consistent. I haven’t edited out any significant scenes or chapters.

Besides becoming an author, which you have accomplished, what are some other things on your bucket list?

I would love to travel the world. Unless I win the lottery or become a bestselling author, that isn’t going to happen. I have dreams. If I didn’t, I wouldn’t be able to write.

Would you say that writing is an innate talent or an acquired one?

My imagination is innate, but the ability to create scenes and correct sentence structures is acquired. I’m still growing and learning.

Are you working on anything new at the moment? Or are you playing with any new ideas of late?

Book Two of the series should be ready to be released this summer. A group of authors has proofed it along the way. After it goes through an editing program, it will be off to the editor.

Susanne Leist is a thinker and a doer. These are the quotes by famous personalities the author resonates with.

Illusion is needed to disguise the emptiness within.
Arthur EricksonDisguise 113

Have brimming questions to ask author Susanne Leist? Ask whatever you like, but keep it appropriate.
** Please note that unanswered questions will not appear on the page. Refrain from posting promotional messages.

The author, a good book and you! Contact Susanne Leist here.
** Please refrain from spamming and don’t bombard the author with promotional mails/messages. Your IP/Email address may be blocked if found doing so.