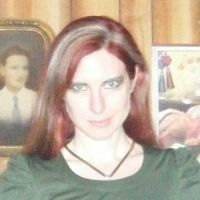 Tanya SM Kennedy is a tomboy booknerd who lives on her farm surrounded by pets and wildlife. She has spent her entire life being the oddball and struggling to find where she belongs.
She writes fantasy novels featuring strong female protagonists battling against evil, oppression, and hatred. Her books are all about finding a place to belong and discovering ones true self.

Step into fantasy and find your strength. 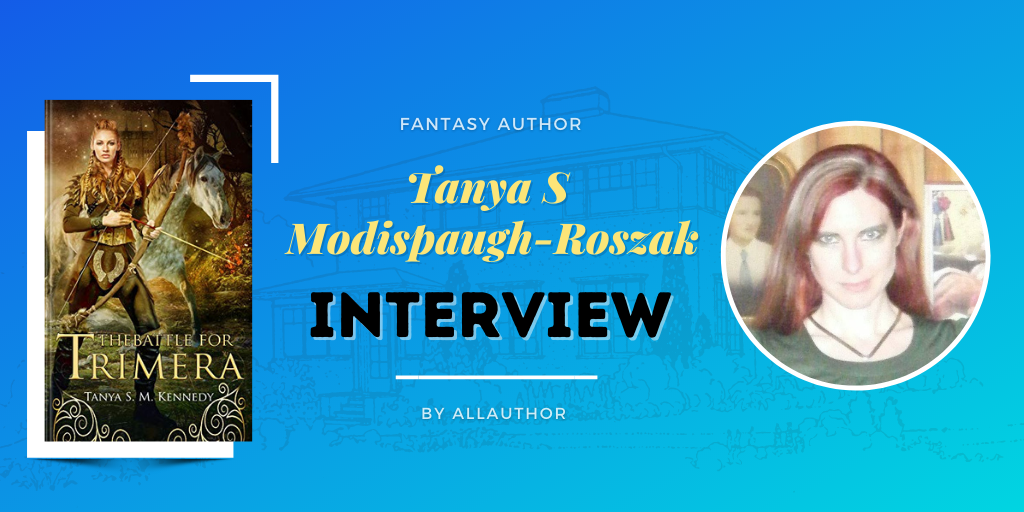 "A fantasy author, Tanya SM Kennedy was raised to be strong, independent, and bull-headed. She has been surrounded her entire life with so many strong women that there is no choice but for her female characters to be anything else. Tanya writes epic fantasy novels having a strong female lead dominate the story. Her stories are a perfect mixture of steamy romance and entertaining adventure."
What are the things that remind you of your childhood?

I had such an incredible childhood, I might as well have been raised in the woods! My family raised rabbits so being near them always brings back memories. Walking in a creek especially if I find a turtle or frog. I lived in the creek growing up. Walking in the forest. It would seem nature is the main theme there. My mother is the person that inspired my love of animals and they just spread so much joy for me.

Which fantasy author, through their writing, has most influenced your life in a real way?

I think Robert Jordan’s portrayal of the woman in his books really helped me to understand that I wasn’t alone in the world. That it was okay to be loud and strong and not be like everyone else.

Being a tomboy is like belonging to two worlds and none at the same time. Especially growing up, I had a lot of friends who were boys who enjoyed playing with me because I wasn’t girlie but at the same time you will never be one of the boys. You don’t really fit in with the girls either. I see other women talking about hair and makeup and how long it takes them to get ready and I’m like I took a shower and brushed my hair. But I wouldn’t trade it for anything. There is nothing wrong with getting dirt on you and definitely nothing wrong with not fitting into the mold!

What fears did you have while publishing your first novel?

Oh, so many fears! There is this terrible duplicity of what if no one reads my work and what if someone reads my work and there is no peace in either situation. Writing is such a personal experience. It’s a lot of hard work, you are basically leaking your soul into the page and handing strangers weapons to stab you with. It has taken a lot of work to get over my fear of reviews. I just have to have faith in my work and either learn from reviews or remember that not everyone has to like my work. It isn’t meant for everyone, nothing can be. It helps a lot to have great support from family and friends, and my editor is like that great friend who will tell you what you want to hear even if you don’t want to hear it but will scream your praises louder than anyone else at the same time.

How do you, as a fantasy author, find names for your characters and places?

Finding names is one of my favorite things! I just sit and think about the character and run through things in my head until I stumble across something that sounds good and fits the character. Sometimes I even run the alphabet trying to pick out letters I don’t think I use as often and work from there.

How did you come up with the idea for your book, just Another Day: A Paranormal Time Loop Romance?

That started with the writing prompt of creating a story where the character falls in love with the reader. So I wondered, what type of story would create a sentient character that could interact with the outside world. My family is big on telling stories so the idea of someone’s image being built by a story is pretty natural to me. So Tommy’s story being written with such love that it brings him to life in its pages just worked.

How many books do you plan to write in The Terarch Rebellion series?

I do love the Terarch series so much! I have a plan for one more full length book and a short story at this time. Algar just feels like home to me and I love returning there.

What are the challenges of creating the character of a warrior woman?

It is actually the most natural thing in the world to me. I have been surrounded my entire life with so many strong women that there is no choice but for my female characters to be anything else. There is no shortage of obstacles for any woman of any kind of strength in this world and I like to weave that into my stories and build their strength from that opposition. They are not strong like men, they are strong like women. I always like to give my characters a bit of wildness to them because there is a little wildness in all women.

What are the best ways to start a romantic fantasy novel?

I think the best way to make a romantic fantasy is to just start out with a good story. I have never started with the romance of a story. The romance just builds itself in the story line. How would this character view another? What would draw them together? But I do love a good hero. Any love interest needs to be worthy of the main character. Writing your main character’s love interest is a romance in itself. You get a chance to build the man of your dreams, who doesn’t want that?

How did you begin writing The Ruling Priestess series?

The Ruling Priestess series all began with Kyneira. The idea of the city besieged by monsters and our heroes struggling to evade death as they skirt the streets was just something that had to flow out into the page. The rest of the story built up from there. Who are these people? Why are there monsters in this city? How did they all converge at this point?

What is the best piece of advice you've ever been given as a writer?

Not everyone is going to like your work. It seems silly and obvious, but a negative review can be devastating emotionally. But a lot of what you hear on reviews is you never know what is going on on the other side. Did this reader not know what kind of book they were reading? We’re they in a tough time in their life? Are they even your target audience? It is a badge of honor in some of the writing groups now when you relieve your first one star review. I really think the cavalier treatment of negative reviews has really helped me to grow as a writer. I’m not writing for everyone, so it doesn’t matter as much if someone doesn’t like what I have written. There are still plenty that do.

Is it better to write a series or a book that ends after one?

Well, I think my perspective is pretty obvious as I’m working on three series right now! I think it all depends on your story. If what you have to say is over in one book there is no need to force a series. If you still have more to say, then build it out! For myself, I really fall in love with my characters and want to return to them. If it becomes a story all the better!

What novels would you suggest an aspiring fantasy author read?

Always read in your genre! You need to know what is going on in your market and hopefully you wouldn’t be writing in it if you didn’t like it. But something I have learned over the years is you can draw from any genre and make your work better. Fantasy with a little romance and horror? Yes please! I don’t know that it matters so much what you read. There is a lesson for you in anything as long as you look for it.

I just got back “A Maiden in the Foxcombe” from my editor yesterday. It is the first installment of a trilogy and my first anti-romance. Kardin lives in a society where unwed women are sequestered for the safety of the city. Her only hope at safety is marriage but she longs for a life of adventure. I cannot wait to get this story into the hands of readers.

I first heard about AllAuthor from their cover contests. I joined one and really had a great time. It was a fun way to promote my book and show off the incredible work of my cover designers. Then I looked deeper into the website and all it offered and signed up then and there. I have since made dozens of review gifs and mock ups. I’ve gotten compliments on the designs I’ve released on my social media pages and have just had a great time. This is a fantasy asset for any indie author, especially those of us who live our dreams while still punching the time clock!

Have brimming questions to ask author Tanya S Modispaugh-Roszak? Ask the author whatever you like, but keep in the appropriate zone.
** Please note, unanswered questions will not appear on the page and refrain from posting promotional messages.

The author, a good book and you. Contact Tanya S Modispaugh-Roszak here.
** No Spamming: Spam is an irritant to regular users or the authors. Please note that bombarding promotional mails/messages is strictly prohibited. Your IP address may be blocked if found doing so.