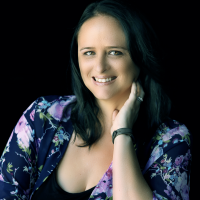 Tarrah Anders is a contemporary romance author who is all about the feels, with the twists of sexy mixed in between. Writing has always been a passion and Tarrah loves to share her words, her characters and the world that they live in with her readers. Tarrah enjoys creating characters that you can be friends with, so get ready to make some new friends.

She is originally from the San Francisco Bay Area, but living in beautiful San Diego with her family, while working in Program Management within the social work field. 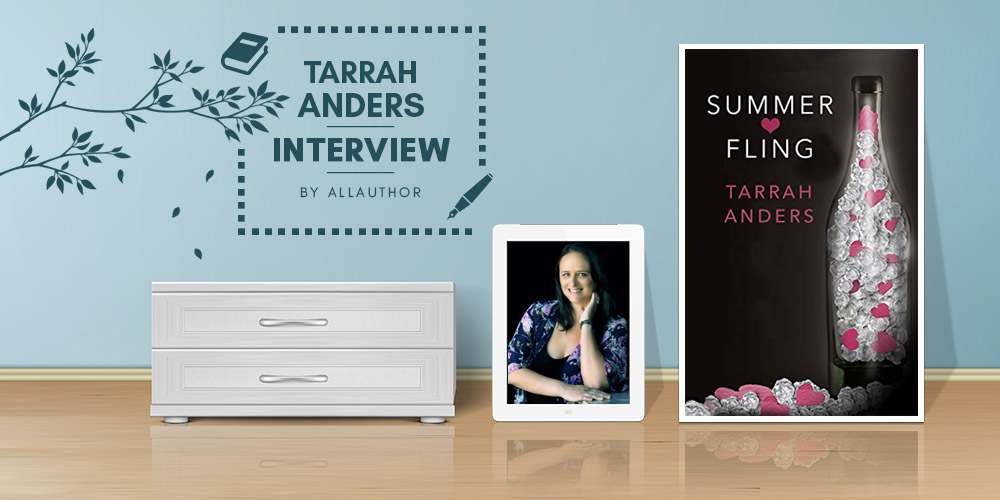 "In her younger years, author Tarrah Anders grew up in the middle of nowhere, and then in her teenage years, she moved and lived in the bay area.
The author wrote a lot as a kid. She started re-writing again with the anticipation to publish in 2015 and published my first book in 2016. She sinks a little bit of herself in each of her female characters. According to her, the most difficult thing about writing characters from the opposite sex is the emotion.
Currently, Tarrah has a few projects that she is working on. She has edited for a 3rd book in a series and a holiday story."


What are some memories from your childhood that stand out most to you? Where did you grow up?

In my younger years, I grew up in the middle of nowhere, and then in my teenage years, I moved and lived in the bay area. A memory that comes out to me is watching Interview with the Vampire for the 12th time in the theater, in the same seats that my girlfriend and I always sat in, a little broken due to our repeated attempts to lean back in an unbudging chair - in a theater that got new releases four months after they were released everywhere else.

Growing up, what were your favorite kind of books to binge read?

Growing up, I had every single RL Stine and Judy Blume book known. I would always re-read some of the RL Stine Sage books.

I wrote a lot as a kid, I had written a bunch of poetry and then submitted them to magazine, unsure whether or not they were ever published. I also seemed to always write short stories, some of which my aunt still has to this day. I started re-writing again with the anticipation to publish in 2015 and published my first book in 2016. I don’t regret waiting until I did, I think now is my time to write.

I tried to write YA and my writing kept trying to get romantic, the words became a little too scandalous for a young adult, so I let the words flow and once finished, I changed up situations, characters and such to match an adult genre better. When I try to balance a story out, I have to re-read it a few times to make sure it flows right. I use post-its, the memos on my phone and check lists… a lot.

Could you tell us a little bit about your book "New Year, New You"? Where does the story take place and what were you hoping to achieve with this story?

New Year, New You is a book about a couple who went through separate tragedies and together they fix their hearts. The story takes place in present day and I was hoping to give readers a quick jump into the romance and a slow burn on the feelings.

When did you publish your book "The Night Manager"? What did you enjoy most about writing this book?

I published The Night Manager earlier this year, it was a happy accident to write it. The book is a follow up to STRIPPED. Readers were asking about what the secondary characters story was, so I felt compelled to write them. The book is about male strippers and the behind the scenes stuff, the best part of this - was the research!

What made you decide to write The Zone Series? Which is your favorite book in this series?

The Zone Series was my first series. My favorite book in the series is The Crash Zone. It was a difficult write, but also a cathartic one. I began the series because I had words that were wanting to get out, so I just began writing, and then I couldn’t stop.

Of the three books in The Melted Series, which book took the longest time to write? Which book was the fastest and easiest to write?

The hardest book of the Melted Series was Freezing, the third and final book of the series. I had no idea how I was going to make a redemption story, but overall, I think it was my favorite one in the series. The fastest book and the easiest book was the first one, Frozen Over.

In your book The Brute, who inspired your characters Ben and Bella? Has your husband read the book?

I actually began The Brute as a story to be included in an anthology, however when I got to the word count and did my first run of edits, I wasn’t happy with the story and felt that it was missing a lot to make it a good story. So, I told the folks with the anthology that I couldn’t include my story and do it justice, and expanded on what I had and released the book on my own. My husband hasn’t read any of my books, I won’t let him.

As a writer of Romantic Suspense, what made you decide to share your recipes and write "Frozen Over"? How long did it take you to write this book compared to your other romance novels?

This book was easy for me to write. I had everything planned out in my head on how it would go, I just needed to do a little extra research and get the words on screen. For Frozen Over, I wanted to create an alpha and make a woman melt him. So, that’s how Tyson & Allison came to light.

Which female protagonist of yours is your favorite? Who is your least favorite or whom do you relate least to?

I sink a little bit of myself in each of my female characters. There’s a little bit sprinkled in each book. My favorite - oh man that’s like asking a parent to choose between her children. So, I’ll just plead the fifth on this - Just kidding - my favorite is Mika from Freezing. She was able to look past the past of a man and let him in her life. I think that’s important as everyone has their own special brand of baggage.The female character, that I relate to the least would be Vanessa from New Year, New you. I haven’t had the amount of tragedy that she did in her story, and while her character was realistic, I had to borrow emotions to make her relatable.

What is the most difficult thing about writing characters from the opposite sex?

The most difficult thing is the emotions. Men are stereotypically not as emotional as women are. So, when I want to have a male describe a woman or what she’s wearing - I have to self-edit the fact that a man would not likely notice that specific detail.

How does your husband help with his amazing Photoshop skills for your covers? What was his reaction when you finally told him about you writing romance for nearly two years?

My husband is skilled in photoshop and other editing tools. I asked him to help out with one of my covers and he made everything look amazing.

What was the name of the first book you ever published? How did publishing your first book change your writing process?

The Friends Zone is the first book that I published. I think just hitting publish wsa a huge stress off my back, when I was brand new in the indie author world. My writing process has changed dramatically from that first book to books now. I can’t stick to a plan, I planned my entire first book and hated doing that. So now, I’m a mixture - feeling more free that I don’t need to stick to my original thoughts.

What are you currently working on? What are some of your upcoming projects?

Tarrah Anders
My muses were based off of real events.

Have brimming questions to ask author Tarrah Anders? Ask the author whatever you like, but keep in the appropriate zone.
** Please note, unanswered questions will not appear on the page and refrain from posting promotional messages.

The author, a good book and you. Contact Tarrah Anders here.
** No Spamming: Spam is an irritant to regular users or the authors. Please note that bombarding promotional mails/messages is strictly prohibited. Your IP address may be blocked if found doing so.