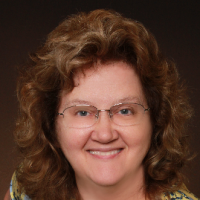 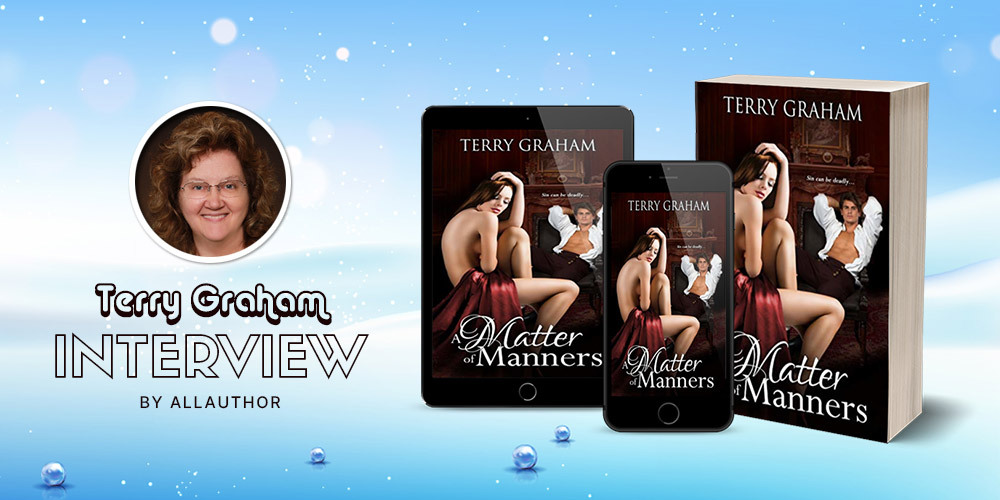 "Terry Graham grew up in a small town in the Adirondack mountains. She started writing back when she was still a chemist. She has always been intrigued by the world of kink. She has always loved the romance genre. Terry Graham writes in-depth characters and a well-developed story. Her debut novel, A Matter of Manners is a great historical romance with plenty of action, touch suspense, and passion."
Where were you born? Since how long have you been living in upstate New York?

I’ve lived in upstate NY all my life. I grew up in a small town in the Adirondack mountains. I won’t name the town, because with a year round population of about 500, I’d be in danger of revealing my real name through process of elimination. After college I moved to the Albany area and have lived there ever since.

Who introduced you to the world of books?

One of my earliest childhood memories is the first day of kindergarten. I remember seeing the bookcase with all the picture books and vowing I’d learn to read. I’d never seen so many books and was instantly hooked. I imagine my mother must have read to me before that, but I don’t recall it and there were six of us, so she probably didn’t have much time to do it. I do remember her handing me a Nancy Drew book years later after what I’m sure was the quadrillionth time I declared myself bored.

At what age did you begin playing with Barbie and Ken? How did it inspire you to write love stories?

At my age, that’s a very blurry memory and I have no idea when it started. I was the odd one in the family. My four sisters rarely played dolls that I recall, though we always seemed to have many of them and my brother had numerous GI Joes, so they must have. But my memories always involve me in my bedroom alone making up love stories between Barbie and Ken.

What made you decide to start writing your own stories after two careers, as a chemist and a computer programmer?

I started writing back when I was still a chemist. I had gone through a phase of depression, that in hindsight I know was rooted in a bad marriage, but my escape had always been reading. Being a voracious reader with limited funds for purchasing a book that would last me a couple of days at most, I had gone through most of the romance novels available in the library. The quality and appeal of the ones left was limited. I borrowed one, a Scottish romance, which was one of my favorite genres, and when I got to the end I was livid. The ending was horrible and the entire story had been weak at best. I threw the book down and thought “I could write a better book than that.” That night, my first plot began to build and wouldn’t go away until I started writing it down.

What is the best thing about being a computer programmer?

In many ways, computer coding is similar to writing. You’re given a problem that has to be solved. Coding is a little easier, because the language is more restrictive, but like writing, there’s usually multiple ways to solve it. That’s why they can track down hackers. They too have a distinctive voice and no two are exactly alike. In some manner, it was a bit of a stepping stone to my writing career. Chemistry usually has very few situations where you can have different results. Coding has quite a few more, but still leaves you knowing when you’ve completed the task. Writing compounds the number of endings and sometimes leaves you without one. Having made that journey as a programmer allowed me to learn how to deal with multiple paths and the uncertainty that goes with it.

What were some of the challenges you faced at work while being a chemist and how do you overcome them?

My biggest challenge as a chemist was those few situations where there wasn’t always a result. I worked for the transportation department testing construction materials which was pretty clear cut, but we also tested for PCB content in water for the canal corporation. That’s a task that is more of a statistical guess than an absolute. I hated that part of the job because I don’t deal well with uncertainty and I have definite perfectionist tendencies. Luckily, shortly before I left, that part of the job evaporated, but until then I just did my best and sucked up the uncertainty.

How did you begin writing the Shades of Sin series?

I’ve always been intrigued by the world of kink. At the time I began writing Jeremy and Katy’s story, it was intended to be a true Regency novel. Erotic romance wasn’t a thing at the time, but somehow, Jeremy kept veering in that direction. Each time it did, I put it away. I restarted it at least three times, until eventually I just stopped writing entirely. Life became too complex, but by the time I retired, the market had changed, as had I. Their story seemed the perfect one to launch my dream, thanks to E.L. James. I hated her first book in the Shades of Grey series, for multiple reasons, so in some ways it mirrored my response to that earlier Scottish romance. I couldn’t even finish reading her second.

I always loved the romance genre. It helped me get through some dark times. It creates hope, produces the same hormones an actual romance does, and celebrates what’s most important in life; the connection between two, or in some cases more, individuals.

Covers are extremely important. They say you shouldn’t judge a book by it’s cover, but we all do. In a world where you have an unlimited choice, it’s natural to pick up the one that catches your eye first. I’ve only had the one cover so far, and it was a joint effort between myself and Diana Carlile who is amazing as both an editor and a cover designer.

Who inspired the character of Jeremy Wyles in "A Matter of Manners"?

Unlike my female characters who tend to mirror myself to a lesser or greater degree, my male characters are rarely a reflection of anyone other than my imagination. Jeremy sprang to life almost fully formed and like all the best characters resisted every effort I made to mold him into anything but himself.

On a normal day, if you aren't writing, what would you be doing?

These days? Marketing, which I hate. I do enjoy gardening, computer games, building stuff. I restored my deck two years ago, and I like to sew. I love plays and concerts, and anything historical, so museums are high on my list of places to go.

Do you like Katy's rebellious spirit? How did you come up with her character?

Katy is very similar to me. I’m what I call a closet rebel. Catholic guilt was instilled in me at an early age and I’ve fought it all my life. You see that internal struggle in Kathleen and how it manifests those qualities that make her the perfect foil for Jeremy. I think we all have a hidden personality but few people look beneath the surface. Like gemstones, you have to dig a bit to find the best jewels.

Marketing is my least favorite. Trying to find a publisher was one of the reasons I stopped writing after Jeremy kept getting kinky. My previous novels had been Scottish historical romance and I couldn’t even get a nibble on those, so what chance did I have with an erotic historical? It’s better now, if only because it’s faster. With email, it’s easier to submit -- and get rejected -- and there are more smaller publishers that are willing to take a chance on something a bit out of the ordinary. That’s only part of the sale though. Even after you find the publisher, you’re then expected to do the lion’s share of the publicizing. For me, putting myself out here on social media and interacting with strangers is stressful. I love the high I get when I write a great story though. Immersing myself in the characters’ journey toward their happy ever after and sharing that journey with the readers gives me the impetus to do the marketing.

What are you currently working on? When is your next novel releasing?

Right now, I’m working on those two Scottish romances. I’m rewriting the first one and am in edit phase for the second. They’re a series, and my publisher wants to release them in order, so it may be a while. Hopefully, not too long.

I joined AllAuthor in January 2020 as a free member, but within a month I saw the advantages it offered and upgraded to Pro. The ability to create and manage posts, as well as the Author Page and Magic Tool you offer is a tremendous value. Having all those tools in one spot is a real timesaver too.

Terry Graham is a thinker and a doer. These are the quotes by famous personalities the author resonates with.

To read too many books is harmful.
Mao ZedongReading 159

The book salesman should be honored because he brings to our attention, as a rule, the very books we need most and neglect most.
Frank CraneReading 83

The only end of writing is to enable readers better to enjoy life or better to endure it.
Samuel JohnsonReading 80

A book is a version of the world. If you do not like it, ignore it; or offer your own version in return.
Salman RushdieReading 77

Have brimming questions to ask author Terry Graham? Ask the author whatever you like, but keep in the appropriate zone.
** Please note, unanswered questions will not appear on the page and refrain from posting promotional messages.

The author, a good book and you. Contact Terry Graham here.
** No Spamming: Spam is an irritant to regular users or the authors. Please note that bombarding promotional mails/messages is strictly prohibited. Your IP address may be blocked if found doing so.