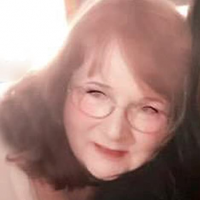 I’ve been writing since the fifth grade. It all started with my teacher (the elegant Mrs. J.) who gave us an assignment to write a short story, which we then had to read aloud to the class.

Mine started with a group of kids my age who decided to go camping with no supervision.

Poor Mrs. J. I began noticing a twitch around her left eye sometime around my mention of the grizzly attacking the camp. It increased to her mouth, and then her face became completely void of color when the body parts began flying. (I honestly thought she would pass out, but she was a trooper.) She stayed upright throughout the whole thing. Never again did she ask me to do that particular type of assignment.

The other kids loved it, and from then on, I was hooked.

Now, I write sizzling Romantic Suspense and mystery—and I absolutely love it! However, I try to make sure every book I write has the perfect blend of romance and power exchange along with the suspense and mystery! 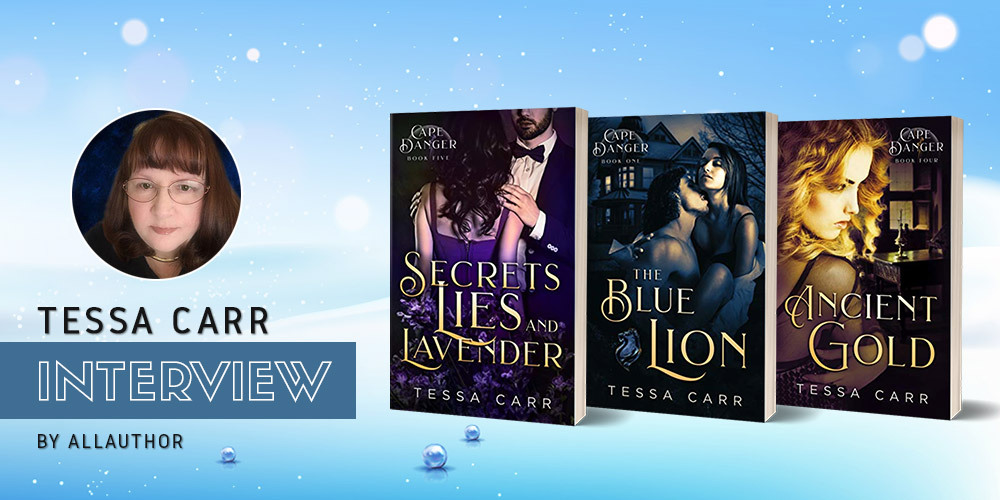 "Tessa Carr writes sizzling Romantic Suspense and mystery. Her insights into the field of writing are invaluable and her work clearly depicts her knowledge of the art of writing. Her characters and scenes are written with such depth and qualities, playing off one another perfectly. Tessa is great at what she does and her work speaks for itself."
At what age, did you read your first book? Were you always an avid reader?

Actually, I don’t remember when I read my first book. My guess is around the first or second grade. My grandmother was in a book club when I was a child, and I would visit her house and read the new books she’d gotten. My sister was four years older, and wherever we lived, (we were Navy brats) we’d come back with as many books apiece as the libraries would let us have! And yes, I was always an avid reader. It didn’t matter what book it was, if I could read it, I did.

What inspired you to begin writing when you were in fifth grade?

My teacher, Mrs. J. Ever the elegant, perfectly coiffured lady, she gave us an assignment to write a short story and read it aloud to the class. Mine was about a group of fifth grade kids who went on a weekend camping trip, and encountered a grizzly bear. When it was my turn, I read.

Poor Mrs. J! I began to notice a twitch around her left eye sometime around the approach of the grizzly bear. By the time the body parts began flying, it had increased to her mouth, and her whole face was as white as a sheet. But she was a trooper, and stayed upright throughout the whole story.

However, the other kids loved the story, because it was about them. Suddenly, I was hooked! Over the years, my writing changed from gory stories (my term as a kid) to space stories. Then spy stories, and finally romance. But the other thing I loved was mystery and romance, and I always wanted to be able to write mystery!

Why did you choose to write sizzling Romantic Suspense and mystery?

Over the years, as my writing changed, I noticed that one of the things I loved reading was suspense and mystery. I’ll never forget Mary Stewart’s Madam will you talk. I always wanted to be able to write mystery! For years I wrote historical books under the name Pippa Greathouse. But beginning with my fourth published book, my books began gravitating toward mystery and suspense. So in 2018, when I wrote Pike’s Bluff, a contemporary Romantic Suspense series, the publisher suggested I begin doing the mysteries under a new pen name, so I chose the name Tessa Carr for it.

I may again write some historicals, but for the moment, Contemporary Romantic Suspense and mystery is what I love the most. And it’s absolutely thrilling when readers tell me they were unable to figure it out!

What is the most surprising thing you discovered while writing your book(s)?

I think the most surprising thing was to discover I am really a plotter at heart, not a pantser. But learning to plot was really necessary. And after co-writing a few historical books as Pippa with a dear friend of mine, Ruby Caine, we both discovered that if we didn’t plot down to the last detail, one or the other of us would tend to run off the rails with the story in a totally new direction which would have to change the rest of the book we’d already planned out. So for that, it was necessary. For mystery writing, it’s just as necessary! I have pages and pages of revisions at the end of each book I’ve written down (clarify this, add that, etc.) that must be done before I can type “The End” and send it in.

How do you ensure the perfect blend of romance and power exchange along with the suspense and mystery in your books?

What a great question! Sometimes it’s really hard. Sometimes I’ll get to the end of the book and think “Look, Tess

The plot might be good but the romance is really missing here.” I read lots of books that have a great mystery and suspense plot but no romance, and that’s personally not what I love to write. I love a blend in which the romance is also the main part. So when I find the romance missing, I go back and “flesh out” the characters until I feel it’s right.

What inspired you to write your book, The Blue Lion?

It was a phone conversation with an old friend, who enjoyed “Double-Takes”, a book I wrote under the Pippa Greathouse name. We laugh a lot when we chat, and she’s a polio survivor (like me). The subject of proms and Senior Banquets and class reunions came up. We both missed a lot of those things, so… The next thing I knew, I was busy working on The Blue Lion.

The Cape Danger series has five books in total. Are the books in the series related to each other or can be read as a standalone?

Each of my books are standalones. However, I’ve been told by many of my readers that each book is enhanced by reading all five books. All of the characters appear in the first book, The Blue Lion, so it’s fun to get to know them. For instance, The Blue Lion is about Meg, but she also appears in later books. And Amber appears in the first, but Danger Comes in Amber is about Amber and Alex. She also makes an appearance in others. Mellie and Max have the spotlight in Books Three and share it with Nikki and Scott in book four. And so on.

Who inspired the character of Special Agent Michael Alex Braden of the FBI in "Danger Comes in Amber"?

Alex Braden was a small but important character in The Blue Lion to start with, as a giant man who was mute. But as the book came to a close, he seemed to have such personality and wit, and his story of being made fun of in school and called “The Giant Ewok” (Yes, I know, Ewoks were little, but it was a ploy the kids used to make fun of him, much like when Ruby and I nicknamed a very large pirate “tiny” and a very cranky pirate “smiley”.

How long did it take you to write your book, "Secrets, Lies and Lavender"?

It took around three months. I stopped around three/fourths of the way through, and although I knew what I’d do for the end, I wasn’t sure just how to go about it. When I figured it out, I finished up.

Tell us a little about the first book you published and some of the things you learned.

The first book I submitted was written as Pippa Greathouse. When I sent it in, it had about 175,000 words. The publisher sent it back, saying it was way too long, and asked if I could break it up into four or five stories, which I did. I named the series The Strasburg Chronicles. It turned into five stories, ranging from the year 1849 to 1865, at the end of the Civil War. I learned so much during that series-how to do research (and how much time research actually takes!)

Amber went through a lot in her life, it is amazing that she didn’t give up and proved that she was a strong woman. What are some things readers can learn from her character?

I actually learned a lot from Amber, too. Although I’ve never been through the kinds of things in life as far as abuse that Amber did, I learned about strength of character. She may come across as meek, but she had the strength to trust the man who she knew was worthy of that trust.

Learn what’s important. Enjoy your family, take advantage of your children and your grandchildren and every hug they’re willing to give; every smile they impart. It’s precious! As for business and for others, keep them at arms’ length and keep an eye on what they do, not what they say. And watch carefully.

Your thoughts on conventional vs. self publishing? What route did you choose and why?

Well, I was with a publisher since 2016. There were things I liked about it; the fact that in the beginning they took care of the editing; the marketing; and the formatting and covers. That was nice. The thing I didn’t like was that I never knew exactly how many books were actually selling so it was impossible to tell how much I should have made. Now, I’m self-publishing, so I know exactly what’s going on; however, the responsibility of marketing and doing all the other things is a lot to deal with.

Is there any new habit you have adopted during the lock-down?

I’ve learned to try to be more disciplined about the amount of hours I work every day and keeping track of lists and things related to my writing.

It’s been very good! They have given me some wonderful exposure as an author! They’ve provided graphics that make it so easy to share, and mock-up banners that have been professional. They’ve given opportunities for followers and I’ve appreciated everything they’ve done!

Have brimming questions to ask author Tessa Carr? Ask the author whatever you like, but keep in the appropriate zone.
** Please note, unanswered questions will not appear on the page and refrain from posting promotional messages.

The author, a good book and you. Contact Tessa Carr here.
** No Spamming: Spam is an irritant to regular users or the authors. Please note that bombarding promotional mails/messages is strictly prohibited. Your IP address may be blocked if found doing so.