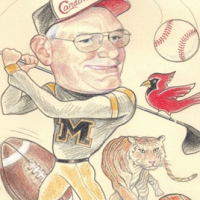 Raised in the Golden Valley town of Clinton, Missouri in the 50's. Served in the Navy during the Vietnam War. Retired from TWA/American Airlines. Enjoys golf, singing Karaoke, and telling tall tales. Currently lives in Lake Waukomis, Mo. with his wife, along with some hyperactive squirrels, too many irritating geese, and a few cranky old catfish. 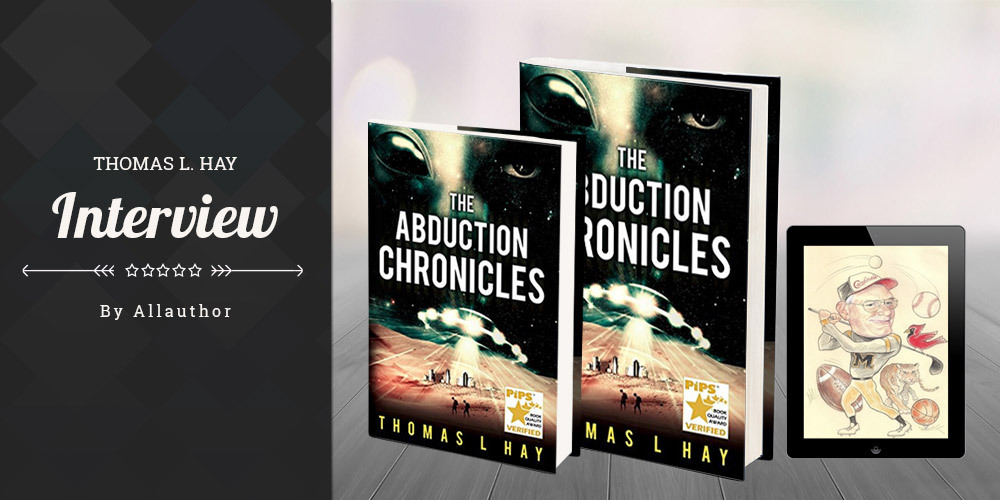 "Reading and writing were foreign objects that Thomas L. Hay despised, as his favorite classes in school were gym and recess. Most of his life he had aspired to be an author. The internet helped to get some facts straight, dates correct, and words to the songs that the story related to. His story is based on many of his life events, so all that is interwoven as it played out, except for the exhilarating plot twists. Good health and pray to God our country can find a way to work together for the good of all American’s are some of his goals for 2019."
Which is your favorite memory from being raised in the Golden Valley town of Clinton, Missouri in the 50's?

I don’t know about it being my favorite but this is my most memorial one. The reconciliation (at the age of fourteen) that turned my little world upside down and inside out. It was when I met my birth Mother for the first time under the most unusual circumstances.

What did books and writing mean to you as a child? Is anyone else in your family involved in the literature field?

Worse than pulling teeth my parents and teachers would say. Reading and writing were foreign objects that I despised, as my favorite classes in school were gym and recess. My lovely wife enjoys writing me love poems now and then.

What are some things you've learnt while serving in the Navy during the Vietnam War?

How cruel some people can be about politics and how governments justify their selfish reasons for sending young naive patriots to war. Weren’t nobody thanking us for our service in those days. On the bright side, I learned about the birds and the bees.

How difficult was it to tell your story and share the lessons you've learned in the memoir, "The Comeback Kid?" How did you make sure that your alien encounters make for a satisfying read?

The process was both an invigorating whirlwind of self-enlightenment and an intense emotional trip. As I typed away on the keyboard, many tears of joy and pain were shed.

Because what I wrote were true events my ex-wife described to me that she believed and claimed to have experienced.

Your sci-fi books are an escape from reality. How do you manage to take your readers into a reality that still feels real?

Maybe because they were real? After I wrote my memoirs, I got to thinking; “what if my ex was right about the abductions?” Low and behold, this abduction story popped into my head. After I wrote it, I didn’t know for sure whether it was my wild imagination or my wilder reality. That is something that is still debatable. Is my story sci-fi or is it my reality?

How did you begin writing an interesting and rather convincing story of your personal experiences that suggest we are not alone in "The Abduction Chronicles?" Did you expect it to be awarded the PIPS Book Quality Award?

Thanks to my editor for that Award. I had no clue it even existed.

How do you intersect the worlds of science fiction and action and adventure without making it seem forced? What do you think are some of the hardest genres to blend together?

The truth can’t be forced. The story is written in a memoir conversational style, which means it is written as spoken. It’s like the story teller (me) invites a friend (reader) over for coffee to tell his unique story of his life events.

How about a Memoir blended with sci-fi. When I wrote the ‘so called sci-fi books’, I had a difficult time selecting the genre. Was it reality (memoir) or my vivid imagination (sci-fi)? I’m still scratching my head wondering which could be which.

How important is research to you when writing a book?

The internet helped to get some facts straight, dates correct, and words to the songs that the story related to. Other than that, I really didn’t need to do much research.

Your stories are interwoven with action, drama, mystery, romance, comedy, and a few exhilarating plot twists. How do you make sure that one does not overpower the other?

Again, my story is based on many of my life events, so all that is interwoven as it played out, except for the exhilarating plot twists. Still trying to figure out where they came from. My editor helped to keep the rest of the flow going in the right direction and their proportions.

What made you decide to publish your first book? Why not record them? What was your experience like getting it published and sold and what are some struggles you had?

Most of my life I had aspired to be an author. Can’t really say why. However, I never had the time to explore it. That is until I retired. With extra time available, I started exploring what to write about. I became frustrated coming up with something when my wife suggested I should write my memoirs. “ After all,” she said, “ you have had an intriguing life.” After thinking about it, I figured that was probably a good way to get started. After all, when I pass into the afterlife, my memories would be gone with me.

I never figured to sell many copies. Reality is, that if you aren’t rich and famous, not many are going to be reading your memoir. I basically thought that at the least I would be recording a history book so that my relatives might know where their idiocy came from.

Have you ever thought of collaborating and writing something with another author?

If so, who would you want to work with? Not really. I don’t consider myself to be an author. I think that I am more like a story teller.

If your book broke bestselling record sales and you got the chance to travel anywhere for a book tour/vacation, where would you go and why?

That’s a difficult question. I have been fortunate to travel to many places in the world. Perhaps I would consider travelling to the future again, to make sure I got it right the last time.

What has been your most memorable and enriching experience as an author so far? What are some of your goals or New Years' Resolutions for 2019?

Just the fact that I was able to actually publish a book. Doesn’t matter if it ever becomes a best seller or not. I learned a lot about myself.

Good health and pray to God our country can find a way to work together for the good of all American’s.

What are you currently working on? The sequel to “The Abduction Chronicles”. I discovered that there is more to my story. On any normal day, what would you be doing if you weren't writing?

If it’s warm, golfing or fishing. If it’s cold, reading a good book or watching Star Trek reruns, while smelling the aroma of the chocolate chip cookies my wife is baking. m-m-m-m.

Thomas L. Hay
Because I am the main character!

Have brimming questions to ask author Thomas L. Hay? Ask the author whatever you like, but keep in the appropriate zone.
** Please note, unanswered questions will not appear on the page and refrain from posting promotional messages.

The author, a good book and you. Contact Thomas L. Hay here.
** No Spamming: Spam is an irritant to regular users or the authors. Please note that bombarding promotional mails/messages is strictly prohibited. Your IP address may be blocked if found doing so.