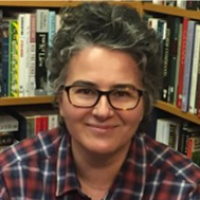 Tina Konstant was born in Zimbabwe, raised in South Africa and currently lives in Scotland with her husband, a pair of beagles and an African Grey Parrot.

Her latest publications include short story collections: "So You're Dead... Now What?" (all about the afterlife), "I Didn't Do It!" (a collection about murder and mayhem) and "I Love You, But..." (short fiction about relationships we hate to love).

In addition, Tina is the host of The Waffle-Free Storytelling Podcast - a storytelling podcast without the waffle! 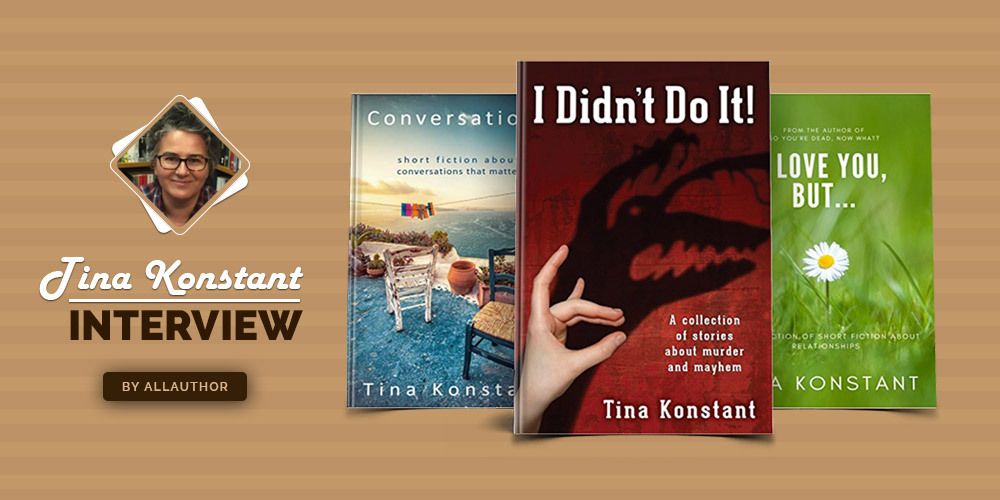 "Born in Zimbabwe and raised in South Africa, Tina Konstant did English Lit in Aberdeen. Her short story collection, "So You're Dead... Now, What?" is a deeply personal collection. Her book, "I Didn't Do It" is all about murder and mayhem, and innocent-looking people doing terrible things. Tina Konstant also delivers books with a lot of good information on more effective and efficient reading."
You were born in Zimbabwe and were raised in South Africa. If you could go back to any of these two places, which one would it be?

Of the two, I'd definitely go back to South Africa. Most of my family are there. A good chunk of my soul is there! Few things beat the smell of South Africa when you take that first breath off a plane after a long flight. Incredible.

Since how long have you been living in Scotland with your husband, a pair of beagles and an African Grey Parrot?

When did you actually start writing full time and what was the final push that made you make that decision?

I'm not writing full time! I find that if I have the structure and discipline of other commitments, I get more done. I did “write full time” for a year, but found I watched Netflix more than I should! I need the pressure on my time to create. The adage "If you want something done, give it to a busy person" applies to me. If I'm not busy, I fall into holiday mode very fast.

I loved uni. I did English Lit in Aberdeen and adored every minute. I didn't start writing seriously until a few years after I left, but the process of analysing storylines critically, influenced how I write (and read) even today.

When and how did you decide to write a short story collection, "So You're Dead... Now What?"

"So You're Dead... Now What?" is a deeply personal collection. I was lucky enough to be with my amazing Gran for the last two weeks of her life. During that time, she saw things, experienced things, and said things, that made me think the veil between life and death was right there, in front of her, and she could see through it. That first story is what I imagined her last days might have been like. Remembering and reliving her past, finding her way, finding those who went before her... taking a step into another dance. As to the rest of the collection, I, like most humans, have ideas, imaginings and wishes of what life after death might be like. We hope there's something else, something more, another adventure.

How would you describe your experience of being the host of The Waffle-Free Storytelling Podcast?

Oh my goodness! I LOVE hosting The Waffle-Free Storytelling Podcast!! As of January 2020 it's just launched, but it's very quickly becoming a staple of my week. The best thing about it is the process of finding or writing a new story for each week. I don't have a huge backlog of stories I'm pulling from. Each week is a new search or a new creation. Some, like the one going out this week, is inspired by events in the news. There's this crazy attitude that storytelling is just for kids. I don't believe that... I believe a good story is for any age.

What inspired you to write "49 Great Escapes from Writer's Block"? Which is your greatest escape from writer's block?

"49 Great Escapes" is another personal journey! I was trapped in writer's block for two full years. I was having nightmares about it! Through that time I read a heap of books on how to get out of it, and kept finding books and articles telling me I was just lazy. WHAAAAAT!!!!??? I was writing more than ever... the issue was I wasn't writing anything I liked. So I changed my approach. I got into wild writing thanks to Natalie Goldberg (author of Writing Down The Bones), and gradually, my words came back. I still get stuck, that's normal, but I don't let it freeze me up anymore.

How did you feel when you first completed Copywriting: Bullet Guides? Were there any alternate endings you considered to this book?

This is one of my favourite little books. If I'm honest, I'm still stunned it got published. It's a very random, weird book on copywriting! I did have a horror ending where terrible things happened to people who booked into the inn... but left that out. I enjoyed writing it. Sometimes it looks like it's out of print, but then I see it's back up for sale. Thank you, Hodder!

What is your Peagle Tales series about? What are some important themes found throughout the series?

"I Didn't Do It" and "Now You're Dead..." are both parts of the Peagle Tales series. I tend to write short stories based on where I am, what's going on, what I'm feeling, thinking, frustrated or curious about, then when I have a bunch, I see if they make up a theme. "I Didn't Do It" is all about murder and mayhem, and innocent-looking people doing terrible things. I wrote that before I wrote most of the tales for "Now You're Dead". Perhaps after I got murder and mayhem out of my system, I needed to explore what happened next... Not sure. I can't seem to write short stories on cue. They pop into my head quite randomly.

Do you ever forget the plot of the characters in some of your books sometimes, since there have been so many? If not, how do you keep track of it all?

I develop a deep relationship with my characters. Especially the novels. They become alarmingly real. As a result, I don't tend to forget what they're up to. I do, however, plot quite deeply. I tried the "Pantser" approach, and although I love the randomness of it, it never delivered the final story I wanted. Now, I plot but give myself quite a lot of free rein as I write.

Were the mystery stories in the book "I Didn't Do It!" inspired by certain real-life experiences? Or did it all come from your imagination?

All the badness in "I Didn't Do It" came out of my head. It worried my friends :-D My favourite books and TV shows have some kind of body count. I guess I enjoyed writing the collection because the characters behave with complete disregard for consequence. And I think, if there were no consequences, humans would, as a species, fall to a baser nature.

The title, like character names, comes out of the story. I never try to force a title. Often, with the short stories, the title comes first. As soon as I have to "make up" a title, I know the story isn’t ready to be written.

The toughest criticism was from my husband when I wrote my first books on speed-reading. He was my chief editor. He read my first draft and returned it to me red-penned and heavily beaten up. I cried!!! But he said something very powerful that's stuck with me ever since. He said: "When you put a book into the world - to edit or to publish - you have to treat it like a football on a pitch. It's going to get kicked about. If every kick hurts you, you'll never make it as a writer." That is the best advice I've ever received.

Are you working on anything currently? If so, what is it about?

I'm currently working on three projects (unusual for me, but I just feel the flow right now). The first is called "Feet First", the first book in the Jackdaw Inn series (hopefully out in April 2020). The book is finished, but it needs a hard edit which will help me lead into book two. The next is the first in the Port Harker series. The idea for this series was sparked by the "Now You're Dead..." collection. And the third project will consist of the original stories I write for the podcast. Right now, they seem to be myth-based tales with a modern twist!

Judging from your experience so far, how would you rate and review AllAuthor?

I'm loving AllAuthor! Really enjoyed the cover competition, and love seeing tweets coming out for my featured book. It feels like a personal, close and connected site for authors. I'll definitely be sticking around!

Tina Konstant is a thinker and a doer. These are the quotes by famous personalities the author resonates with.

Imagination does not become great until human beings, given the courage and the strength, use it to create.
Maria MontessoriImagination 170

And by the way, everything in life is writable about if you have the outgoing guts to do it, and the imagination to improvise. The worst enemy to creativity is self-doubt.
Sylvia PlathImagination 110

Most of what makes a book good is that we are reading it at the right moment for us.
Alain de BottonReading 82

Have brimming questions to ask author Tina Konstant? Ask the author whatever you like, but keep in the appropriate zone.
** Please note, unanswered questions will not appear on the page and refrain from posting promotional messages.

The author, a good book and you. Contact Tina Konstant here.
** No Spamming: Spam is an irritant to regular users or the authors. Please note that bombarding promotional mails/messages is strictly prohibited. Your IP address may be blocked if found doing so.