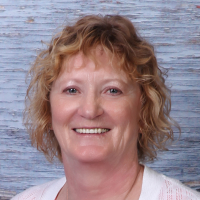 Tina Susedik is an award-winning, Amazon best-seller, multi-published author with books in both fiction and non-fiction, including history, children’s, military books and romances. Her favorite is writing romance stories where her characters live happily ever after. Tina also writes spicier romance as Anita Kidesu. 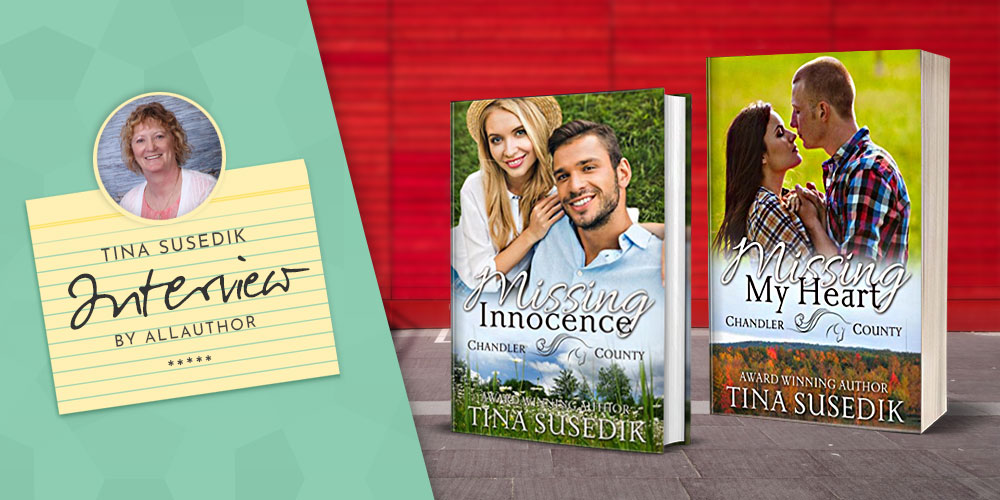 "Tina Susedik is an award-winning, Amazon best-seller, multi-published author with books in both fiction and non-fiction, including history, children’s, military books and romances. Tina's favorite genre is Romance mysteries. She also loves writing the children’s books as she writes them with her grandchildren. Her history books are set in one of the areas she used to live. On the second and fourth Tuesdays at 2:00 Central, she interviews authors from all genres. Anita Kidesu is her alter ego who writes erotic romance for The Wild Rose Press. Tina and her husband love to camp, hike, canoe, and kayak. They hiked a mountain in Hawaii where they had to climb beneath shrubs to follow the trail and keep an eye out for wild pigs. Her secret to success is to keep writing, keep learning about her craft, submit to contests, get her books in the hands of reviewers. Right now, she is working on getting the two books she had with KindleWorld back up and into paperback and also pitched a series idea with her editors with Soul Mate Publishing."
How has your childhood influenced you as a writer? What books did you read as a child?

One of the things from my childhood that I believe influenced my writing was having to hide. My family life was turbulent and finding someplace safe and dreaming up stories kept me sane. Some of the books I read (I’m so dating myself) are The Bobbsey Twins, The Boxcar Children, Trixie Belden, and anything I could get my hands on.

You write fiction, non-fiction, and children’s books. Which of these genres is your favourite to write in and which is the most challenging?

I think my favorite genre is romance mysteries. I love putting my characters in situations and then having them figure out how to get out of them. I also love putting humor in my love scenes. I do love writing the children’s books as I write them with my grandchildren. Now, as they are getting older the challenge is keeping them interested in the process. My oldest granddaughter loves to write, but like most authors, it’s the next story that’s more interesting. Getting her to finish a story is a challenge. (She’s 14)

You have written seven non-fiction history books to date. What is your favourite period of time in history, that you find the most interesting? Is there any period in history that you wish you were born in instead?

My history books are set in one of the areas I used to live. I’ve found that once I hit the 1900’s things aren’t as interesting. I love the 1800s. Not that I’d want to have been born then. Maybe visit briefly. Life was hard and as a woman, my life expectancy would have been rather short.

Do you control a character’s story? Or does the character decide where their story goes?

I’m a panster, which means I let the characters control my stories. In one book, my heroine was abducted. It came out of nowhere, and I had to figure out how she was going to help herself. She was more feisty than I realized. Once I was having trouble with a short story for one of my publishers. The story was going nowhere. Suddenly the couple yelled at me what they wanted. Shocked the daylights out of me, but the story then flowed and turned into a book.

The Wild Deadwood Tales Anthology came out recently. Can you tell us about this collaboration and how it came about?

Every June, there is an author/reader event in Deadwood, South Dakota. It always takes place during the weekend of a bull-riding rodeo. Last year we were able to meet with bull riders and stockmen. We learned a lot about how hard it is for these men to pay bills if they are injured. We were told about the Western Sports Foundation that helps men and women who need it. One of the authors got the idea to do an anthology with the stories set in Deadwood. All the proceeds going to the Western Sports Foundation. We allowed five thousand words and could write a contemporary or an historical. They all had to be clean stories. I chose to write an historical set in 1879.

Which is your favourite story in the Wild Deadwood Tales Anthology apart from your own, and why?

I’m not sure which story I liked the best, but enjoyed the historicals the most. There were a couple where the author tied the past into the present. They were intriguing and well written

Which is your favourite story in the Wild Deadwood Tales Anthology apart from your own, and why?

I’m not sure where I came up with the plot for Love With a Side of Crazy. I’d never written a book with a stalker. As I was writing, the stalker let me know she didn’t want to be identified. It was fun ramping up the suspense as she ramped up her stalking. It seemed to be one of those stories that just wrote itself – with a lot of editing on my part!!

What is Missing Innocence about? What is the dilemma in Sally’s life?

Missing Innocence is the second book in my Chandler County series. Sally York is introduced in the last chapter of Missing My Heart when she meets a cousin she didn’t know she had. I wanted to keep the plot going about her grandfather and how it affected Sally and her sister, Faye, who by the way, is not a nice person. I had a friend in high school who was born with a deformed arm. Her mother had taken medicine to stop morning sickness, which was later found to produce birth defects. My friend’s arm was short and her “hand” was only two fingers fused together. She never let her “disability” stop her. She played piano, the French horn, and was one of the most up-beat persons I knew. Sally’s stuttering comes from another childhood friend who stuttered. I hated it when people teased him and tried to finish his sentences for him, which only made the stuttering worse. I gave Sally both challenges and loved having her overcome them.

Tell us about Your Book Garden. What is the talk show about, and what are your best memories from the show?

“Your Book Garden” is part of Authors on the Air Global Radio Network. On the second and fourth Tuesdays at 2:00 Central, I interview authors from all genres. I was so nervous after my first show, I thought I would get sick. Now I’m having so much fun and loving it. It also gives me the opportunity to read books I probably never would have read before. One of my most interesting shows was the one where my guests didn’t show up until I was about five or six minutes into the show. I loved their book, My Dear Hamilton, and was told the listeners I was going to spend the time talking about this fantastic book. They finally called in and the show went on. About halfway through, one of the author’s call was dropped. She’d been having problems with her phone. The best part was I wasn’t even nervous when they hadn’t called in.

Who is Anita Kidesu and how did you come up with her name?

What are you currently reading? Who is your all-time favourite author?

Right now, I’m reading Before We Were Yours, by Lisa Wingate. It’s based on a true story about a woman named Georgia Tann who, between the 1930s and 1950s stole children from the poor to sell to the rich. Hundreds of children died under her “care.” The story is from the point of view of one of the children and her siblings. A fascinating read with mystery involved. I have several all-time favorite authors. Those on my ‘keeper shelf’ are Jude Deveraux, Lavyrle Spencer, Kathleen Woodiwiss, and Carl Hiassen.

I think I’ve done several adventurous things and they all seem to involve hiking. My husband and I love to camp, hike, canoe, and kayak. We hiked a mountain in Hawaii where we had to climb beneath shrubs to follow the trail and keep an eye out for wild pigs. When we hike, if people go one way, we go the other. We did that when we were in the Rocky Mountain National Park two years ago. The trail was hard to follow, but we kept going up and up. We ended up at 11,500 feet in the most beautiful scenery. We ate lunch up there, perched on massive rocks. When we returned to our campsite, we were exhausted. A ranger asked what we’d done that day. When we said we’d climbed to Roberts Peak, he was shocked. I guess not many people do that.

My secret to success, if there is such a thing, is to keep writing, keep learning about my craft, submit to contests, get my books in the hands of reviewers. It’s been a long and winding road. I think the key is to never give up. I tell that to writers starting out and to my grandchildren.

Like most authors, I have so many ideas in my head. The trouble is to settle on one idea and get to work. Right now, I’m working on getting my two books I had with KindleWorld back up and into paperback. I also pitched a series idea with my editors with Soul Mate Publishing. The books will be historical and set in South Dakota. My books with Sable Hunter’s Hell Yeah! World (A Photograph of Love and Love With a Side of Crazy) involve four siblings. I’ve written about the oldest and youngest sibling and I need to write about the other two. I also will be writing another story in the Chandler Count books. This will be a Christmas story. So, you can see my dilemma – where do I start?

Have brimming questions to ask author Tina Susedik? Ask the author whatever you like, but keep in the appropriate zone.
** Please note, unanswered questions will not appear on the page and refrain from posting promotional messages.

The author, a good book and you. Contact Tina Susedik here.
** No Spamming: Spam is an irritant to regular users or the authors. Please note that bombarding promotional mails/messages is strictly prohibited. Your IP address may be blocked if found doing so.