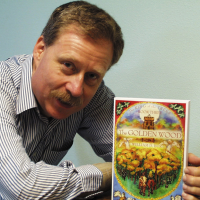 William D. Burt is the award-winning author of the seven-title Christian allegorical “King of the Trees” series and of his new Creation Seekers series: “The Lake Lights” (Book 1) and “The Vikings of Loch Morar” (Book 2). All nine of Burt’s titles have been awarded five stars by Readers’ Favorite reviewers. Two of his first series titles (out of three submitted) were finalists in the 2014 Readers’ Favorite International Book Award Contest: “The King of the Trees” and “The Golden Wood.”

“The King of the Trees” subsequently won the 2014 Silver Medal in the category of “Christian Fantasy/Sci-fi.”

The Creation Seekers series is William Burt’s first foray into the realm of science fiction. The titles in this series feature the adventures of a fictional Oregon family of brilliant scientists and educators who turn the world upside down with their revolutionary inventions and discoveries.

As an Assistant Professor in the Special Education Department at Western Oregon University, Burt served as a successful grant-writer and program coordinator. He holds a B.S. in English from Lewis and Clark College and an M.S. in Deaf Education from Western Oregon University. Burt has been an RID-certified sign-language interpreter with over forty years’ experience. His interests include reading, foreign languages and mycology. He is married with two grown children and four grandchildren.

William D. Burt has earned excellence awards over time. Here is the glimpse of the accolades clinched by the author. 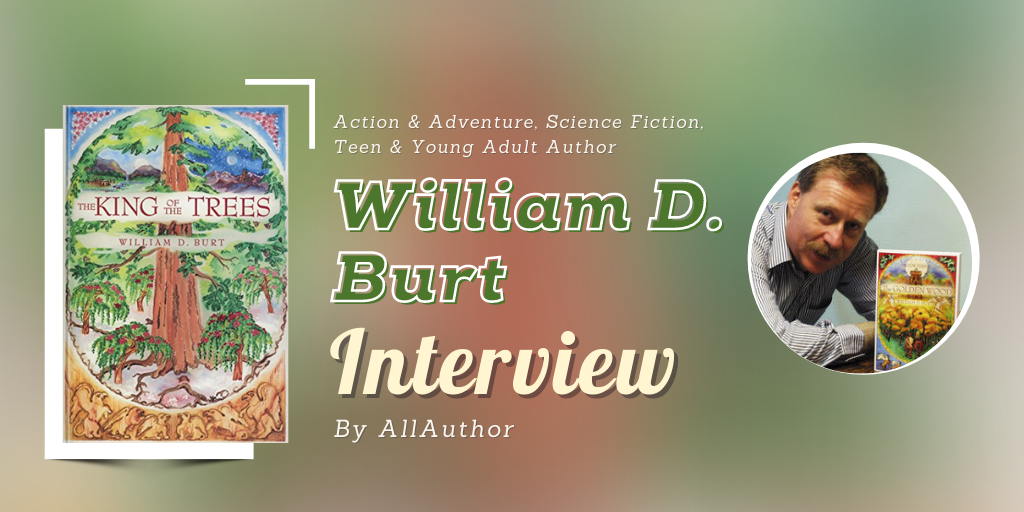 "Award-winning author of the “King of the Trees” series, William D. Burt was born in Kellogg, Idaho. He has been a reader since an early age, which is what prompted him to become a writer. He prefers to write fiction that is based upon fact, incorporating real-world locations, plants, and animals. His interests include reading, foreign languages, and mycology."
Where were you born, and what was your childhood like?

I was born in Kellogg, Idaho, a mining town where my father taught school and drove ore trucks (in the summer). After that, we moved to Deer Lodge, Montana (where my father was the manager of a gold dredge), Klamath Falls, Oregon and ultimately, to Lake Oswego, Oregon.

Growing up in the Burt family was an adventure. My father was a teacher and outdoorsman who went on to become a survival instructor for the military. From him I learned to identify wild edible and poisonous plants native to our area as well as woodworking and leatherworking techniques. Our family spent many summers camping and hiking in the rugged Northwest. At age twelve, I taught myself to use dichotomous keys in order to identify wild mushrooms and have enjoyed collecting and eating them ever since. I even dabbled in growing mushrooms commercially.

My family members weren't skeptical, although I never actually dreamt of becoming a writer. I just wrote . . . and wrote . . . and wrote, followed by painstaking editing. My greatest supporters have been my readers, whose enthusiasm continues to encourage me to write and publish.

What is the earliest experience you had with books/writing that you remember?

I’ve been a reader since an early age, which is probably what prompted me to become a writer. I have held onto my childhood books, among them being The Wonderful Flight to the Mushroom Planet, The Wind in the Willows, The Hobbit and The Lord of the Rings. Of course, I also maintain my collection of mushroom identification field guides. In school, I did spend considerable time journaling and writing poetry, both of which I enjoyed. I was blessed to have a good education.

When and how did you decide that you wanted to be a professional writer?

My first experience with professional writing/publishing was in high school, when I helped my father write and publish his native plant field guides, Edible and Poisonous Plants of the Western States and Edible and Poisonous Plants of the Eastern States. These guides are still in print and are popular with wild foods enthusiasts, hikers, backyard foragers, and especially the military, which purchases many cases every year. After seeing how my father struggled with the publishing process, I wasn’t particularly keen to become a professional writer myself. However, after becoming a Christian during my college years, I prayed for God’s leading in my life, and He laid it on my heart to write my first fantasy title, The King of the Trees.

Before it was published, I read The King of the Trees aloud to my two children at bedtime and edited it accordingly. I was encouraged when they seemed to enjoy it! (I also created the audio-book version of this title, which has proven to be very popular.)    You can find it on Audible.com.

As a writer, do you prefer to write pure fiction or base your work on real-life experiences?

I prefer to write fiction that is based upon fact, incorporating real-world locations, plants and animals. For example, many titles in the “King of the Trees” series feature actual Northwest mushroom and tree species, along with one or two fantastical ones. Also, prehistoric animals figure prominently in my Creation Seekers series, which is set in Oregon and in Scotland. All of my titles include real-life experiences to one degree or another.

Who inspired the character of Rolin in "The King of the Trees”?

When asked why he wrote The Chronicles of Narnia, C.S. Lewis replied that he wanted to write books that he would have enjoyed as a boy. To some extent, Rolin reflects that desire in me as well. Rolin shares many of my interests and experiences. For example, he enjoys picking and eating wild mushrooms, climbing trees, exploring the woods, and keeping bees. (My father was a hobby beekeeper for a period of time. Gannon, Rolin’s father, is modeled on him.)

What is the significance of the title of your book, The Vikings of Loch Morar?

This title is predicated upon the fact that Vikings not only visited but also ruled parts of Scotland for a time. Whether they sojourned at Loch Morar (with its mythical Morag) or not is up for debate. In this book, I posit that Vikings even established a colony near present-day Lake Oswego, Oregon. In point of fact, a Viking ship (or knarr) was just discovered in March of 2021 on the banks of the Mississippi River near Memphis, Tennessee. At about 52 feet long, this relic proves that Vikings penetrated much farther inland than historians had previously supposed.

How does it feel to have all your nine titles been awarded five stars by Readers’ Favorite reviewers?

When writing a seven-title series, what is your approach?

Actually, I didn’t set out to write a series. Quite honestly, after finishing The King of the Trees, I wanted to know what became of the characters and their worlds. The sequels were a product of that curiosity, as if the characters themselves were writing the story. For any title, though, I like to rough out 40-50 pages of the plot before actually starting to compose in earnest.

How did you begin writing the seven-title Christian allegorical “King of the Trees" series?

It took twenty years or so to get Book 1 (The King of the Trees) into print, since life kept getting in the way. I started composing the text on my mother’s old manual typewriter. Then I graduated to an electric typewriter before regressing to sketching out plot-concepts longhand during my lunch hours. Finally—in about 1995—I purchased a Mac, and the rest is history. After the first series title was published, the sequels followed in surprisingly short order.

What are the challenges of being an award-winning author?

Keeping up readers’ interest, for one. The main challenge, though, is promoting my titles. And award-winning or not, it’s tough to sell physical books during the COVID era. All of my in-person venues were canceled in 2020.

How would you describe your experience of being a RID-certified sign-language interpreter?

Rewarding as well as challenging. Many people mistakenly believe ASL is an easy language to learn. It’s not. And interpreting is both physically and mentally taxing. I taught interpreting at the university level and interpreted in a variety of settings, including medical, mental health, educational, corrections and legal.

What are some of your plans for the future? Are you working on a new project at the moment?

At the moment, I am working on reprinting all the "King of the Trees" series titles, although we have plenty of hard copies on hand. The third edition of Book 1 (The King of the Trees) is now complete. Of course, all of my titles are available in the Kindle format. Some are also offered for the Nook. In addition, I have roughed out the plots for three more titles in the Creation Seekers series and hope to pursue those as time permits.

When were you first introduced to AllAuthor and how?

I believe it’s been several years since I first tested the water (set up an account) as the result of an email I received from AllAuthor.

Have brimming questions to ask author William D. Burt? Ask the author whatever you like, but keep in the appropriate zone.
** Please note, unanswered questions will not appear on the page and refrain from posting promotional messages.

The author, a good book and you! Contact William D. Burt here.
** Please refrain from spamming and don't bombard the author with promotional mails/messages. Your IP/Email address may be blocked if found doing so.