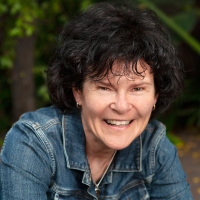 Leaving behind her corporate career mid-2019, Vicki pursued her passion to write. Her stories combine humour and heart, crossing the genres of Children and Historical Romance.

She is looking forward to the day her writing keeps her in champagne. 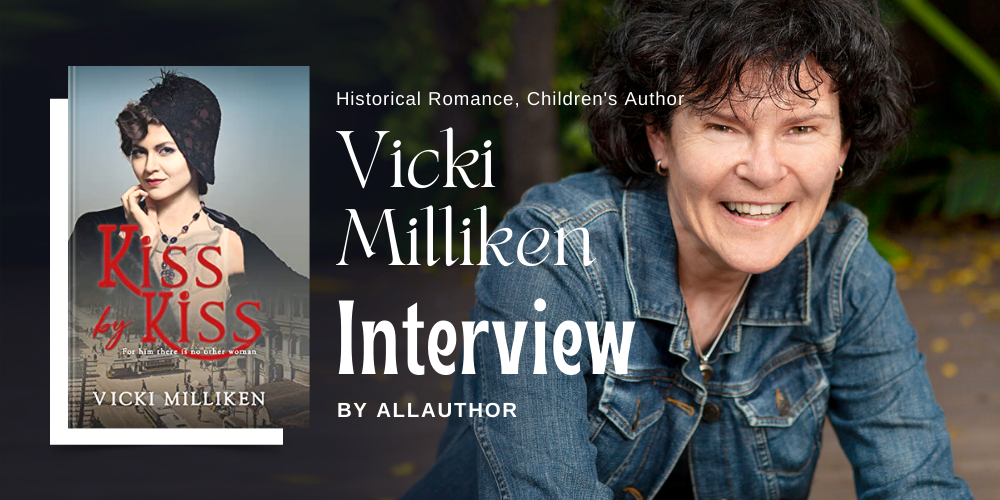 "Vicki Milliken grew up on the mid-north coast of New South Wales, Australia in a seaside village called South West Rocks in the 70s. She decides to follow her passion for writing after a lifetime in the corporate sphere. She is an Australian Author and a Freelance Writer who writes stories invested with humor and heart. She loves traveling, reading, and ballroom dancing."
What is one of your favourite childhood memories?

Goodness, there are so many to choose from. My brother and I were lucky to grow up on the mid-north coast of New South Wales, Australia in a seaside village called South West Rocks (SWR) in the 70s. Such a carefree decade to grow up in. I remember the year our father built us a raft which we tied to a paperbark tree on a sandbank in the local creek. The creek was the colour of brown tea, home to fish, prawns, insects, and lots of eels. From that sandbank we made forays exploring up and down the creek. A great way to spend an afternoon.

In life, who has been your biggest inspiration as an author?

Probably Anne Gracie. She’s an Australian Regency romance author. I love her stories, the approach to the use of history and the humour she imbues her characters with.

At school (primary, secondary, and tertiary) I read mostly what the curriculum required as I was a competitive student.

When time allowed and I was able to read for choice, I gravitated to romance—Jane Austen of course—but also Regency and Elizabethan, and sometimes a smattering of contemporary.

Often too, travels inspire my reading. I remember coming back from Russia with a hunger to learn more about Catherine the Great and from Iceland with a desire for Hannah Kent’s Burial Rights and the Icelandic Sagas.

What made you realize that you wanted to be a writer?

I have a vague recollection of adding journalist to my careers list at school at some point, before crossing it off and joining the world of big corporate—it paid better! At various stages of my life, I’ve taken short courses in writing, which rekindled my interest in the craft. Inevitably the spark would be extinguished by the demands of a career.

So, my journey to writing has been a slow burn, reigniting in 2019 when I decided to take a sabbatical from the corporate hustle and bustle and enrol in a writing course.

The timing was perfect. Immersing myself in the craft has sustained me through Melbourne’s 2020 and 2021 pandemic lockdowns.

Why did you start writing children's books?

One of my assignments of my writing course was to write a children’s picture book and a chapter book. And so, I did.

How do you structure your research and writing process when writing a historical fiction?

I keep a word file of everything about the time period I’m writing in. It is loosely organised with headings, urls, snippets of information and photos. I keep another word file updated with all my characters and their traits.

I usually begin with an idea and then build around that. I’m a slow writer—I find myself researching as I write. Recently, I spent half an hour ensuring that blue coloured billiard chalk was available in 1925, before continuing with the scene.

What did you enjoy most about writing "Kiss by Kiss"?

Crafting the dialogue between the two main characters—to make sure it was feisty and energetic.

What was the writing process like when writing “The Battle for Eliza” set in the year 1925?

This started as an assignment for my writing course and so the process was somewhat disjointed. I needed to complete 10,000 words for an assignment and so that was what I did—with no more than six characters.

It wasn’t until I made the decision to expand what I’d written into a novel that I realised how much was involved—plot, characters, goals, motivations etc etc. What I learnt from the process was that I needed to be better organised.

Do you think it is important for an author to have a diverse mix of characters or identities in their stories?

It definitely makes for a more interesting read. In ballroom dancing, teachers talk about the importance of light and shade in movement and expression. I like to apply the same technique in writing—there are a lot of similarities between music, the interpretation through dance and telling stories.

What is the central theme surrounding the Misses of Melbourne series? What kind of story does the first book "The Battle for Eliza" tell and how do you hope it will affect your readers?

The idea behind the series was to write romances set in a time—1920s—and a place—Australia—largely overlooked in the historical romance genre.

In 1925, Australia played host to a visit by a total of fifty-seven vessels and approximately twenty-five thousand officers and men of the United States Navy.

Melbourne, as the official capital of Australia and temporary seat of Federal Parliament at the time, received the largest contingent, including the flagship USS Seattle, and three battleships, USS Pennsylvania, USS Nevada and USS Oklahoma, which docked at Princes Pier in Port Melbourne on Thursday 23 July.

The city was gripped with a joie de vivre. The plans of the female population included ensuring a reserve of sleep in the weeks before and then cramming all they could into the daytime and dancing hours of the fortnight that followed.

The Battle for Eliza tells the story of one Melbourne Miss … and her path to happily ever after.

What is the nicest compliment you've ever received about your books?

A grandparent once told me that Merck Gets a Friend’ is their grandchildren’s—they have six--‘go to’ book, meaning that unprompted, they request it whenever they come to stay. It was a very special compliment.

What is your favourite time of the day to write? Have you ever pulled an all-nighter when writing?

I’m a morning person. But that’s for most things. So, I need to balance sitting down and writing with getting out and exercising and spending time with our dogs. Of course, that inevitably means there are days that my writing gets pushed out into the afternoons. But I’m learning to be more productive on both sides of midday.

I have never pulled an all-nighter—I love my sleep too much!

What are some ways in which you try and be an inspiration to others?

Hopefully to inspire others in midlife to try something new like I did. I’m an advocate for making ageing aspirational—the afternoon of life can be as productive as the morning.

What are some things you are working on currently?

On the historical romance front, I’m in the middle of editing a novella in the Misses of Melbourne series.

On the children’s book front, I’m tossing some ideas around for another picture book inspired by the recent addition to our family of our golden retriever puppy, Jonty.

How were you first introduced to AllAuthor and what were some of your thoughts coming in? What is your impression of the website now?

I was introduced to AllAuthor by another writer who had entered the Monthly Cover competition. For someone who was still an observer vs an executor of marketing strategies and plans, I thought that sounded like a fun entry point. It wasn’t ‘salesy’ but would generate some exposure (I hoped). I entered the cover for Merck Gets a Friend, rallied friends and family to vote and came 3rd. I loved the experience.

Additionally, I’m enjoying the author tools available on the site and the support. So much so, I’ve signed up for another year.

Have brimming questions to ask author Vicki Milliken? Ask the author whatever you like, but keep in the appropriate zone.
** Please note, unanswered questions will not appear on the page and refrain from posting promotional messages.

The author, a good book and you! Contact Vicki Milliken here.
** Please refrain from spamming and don't bombard the author with promotional mails/messages. Your IP/Email address may be blocked if found doing so.