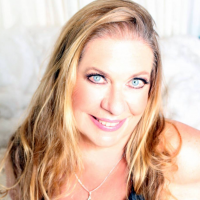 As a child, I was mesmerized by story tellers and my mother always made sure I had a supply of books close at hand while I was growing up. Sitting on her lap and listening to her read to me is one of my earliest memories. I remember drawing pictures and then making up stories to go with them, and as I got older, my stories became longer and more fanciful. At age ten, I began to write them down, and when I was twelve, I wrote my first "book," all handwritten. I wrote during rainy days in gym class when we all had to stay in the locker room and sit on benches. I had a small cult following of friends who waited for me to finish each page which I would then pass down the row. When I got a typewriter for my thirteenth birthday, I typed up my "masterpiece" and put it in a 3-ring binder then hid it away. The story was actually quite silly. Having a typewriter, however, made it possible for me to write even more, which I did on almost a daily basis.
But, as happens to many young, aspiring writers, reality grabbed me and when I graduated from high school and headed to college then into the workforce, the dream of becoming an author washed away. It wasn't until I turned 62 and experienced my 3rd job layoff, that I decided to try and make my writing dream come true.
Writing has since become an addiction to me, and I'm finding that ideas for numerous scenarios and characters keep flooding my brain, with the characters screaming, "Write about me! Write about me!"
And, that's what I intend to do. 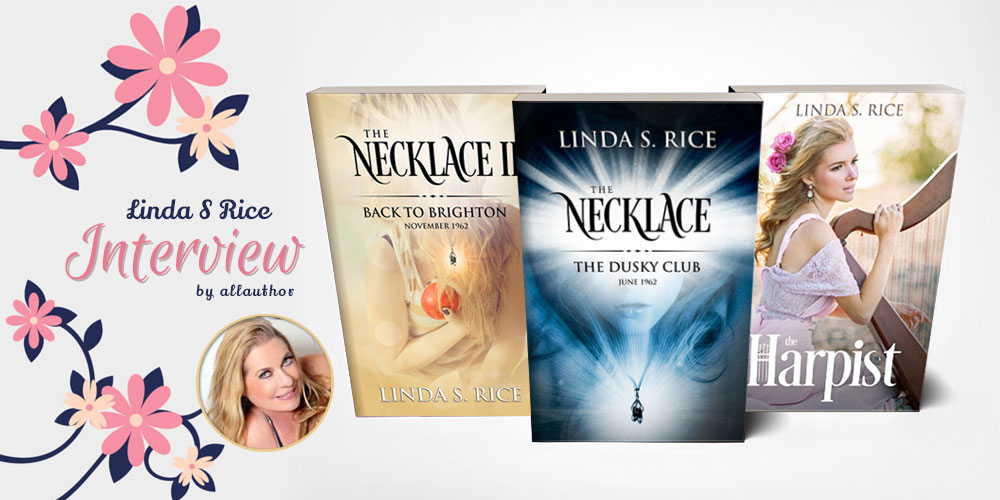 "Author Linda S Rice has always been a story-teller and was invited to a lot of slumber parties as a young teen because she had an uncontrolled imagination and provided a lot of entertainment to her friends as a story-teller. Having started working in the banking industry, it wasn't until she lost her third job in 5 years that she decided to write at age 64. Linda loves to walk/hike with her headphones on listening to music and walking to the beat. She also loves to cook and read. In her younger years, she was a ballerina and she still often spins and twirls around the house. The author likes her main female character to be feisty, self-assured, confident, rebellious, and stubborn. "The Necklace VII - London, June 1815" is her next book that is under work. Linda believes that not all romantic relationships have the happily ever after and a romance novel/story can still have love and romance without the Happily Ever After and still be called a romance. Writing has become an addiction to her, and she is finding that ideas for numerous scenarios and characters keep flooding her brain."
Which was your favorite story from the ones that your mother read to you?

Madeline by Ludwig Bemelans. I loved the rhyming of the story. I had it memorized by the time I was 4-years old.

Which jobs did you work before you finally decided to become a full-time writer? What impact have they had on your writing?

I have always been a story-teller and was invited to a lot of slumber parties as a young teen because I had an uncontrolled imagination and provided a lot of entertainment to my friends as a story-teller. When I began working in the banking industry my dreams of becoming a writer were set aside. It wasn't until I lost my 3rd job in 5 years (jobs were sent overseas) that I decided to write at age 64.

What are your hobbies apart from writing and reading?

I love to walk/hike with my headphones on listening to music and walking to the beat. I also love to cook, although I'm far from being a gourmet cook. And, I love to read. In my younger years, I was a ballerina and I still often spin and twirl around the house.

What is your one rule of writing that you strictly adhere to?

I don't have any strict rules. I just let it come to me and allow my characters to write the story. I've tried the "plotter" method of writing an outline and it doesn't work for me. I'm what is known as a "pantser," meaning I write by the seat of my pants. And, it might sound rather far out but I'm quite certain that my writing is channeled. Sometimes I will write for an hour or two then have to go back and read what I wrote because I don't remember what I wrote.

Do you plan to publish your “masterpiece” that you wrote when you were thirteen?

Ha, ha. I actually have published it under the pen name of Pauline Johnston. It's a bit embarrassing. "The Pounding of My Heart."

Does your family give you any story ideas to work on?

Nope. They just come to me.

What is your ideal setting to write?

Out on the deck in front of my house I live in the mountains in the middle of a forest and it's a very peaceful and inspiring setting.

‘The Harpist’ has wonderful themes at its heart- of abuse, mental illness and infidelity- all very prevalent and real in today’s world. Do you think it was rather courageous of you to introduce these themes in a romance novel?

Yes and I was quite worried about it. I've also had some backlash. But this story came to me in a dream as if I were watching a movie. I really didn't want to write it, but as in my book series, the characters reached out to me and wouldn't let go until I wrote it. I felt as if it needed to be written to help someone or maybe many others who were struggling with these issues.

How have romance novels and their stories developed and evolved over time?

The definition of a romance novel is that it must have a happy ending. I don't believe that. I think a romance novel/story can still have love and romance without the HEA (Happily Ever After) and still be called a romance. Not all romantic relationships have the happily ever after and I don't think a romance novel should be required to have one. I've also noted that there are now many sub-genres of romance novels and the category keeps expanding.

Where do you like to set your stories and how do you make that choice?

For some reason, I have an affinity for the United Kingdom even though I've never lived there. Well, maybe I have in a previous lifetime. I'm a very visual person so I also like to make my readers feel as if they're right there with my characters and can see in their minds the setting and even smell the smells or hear the timbre of the voices.

Which of the books in the ‘Necklace’ series was the most fulfilling to create as a writer?

Probably book #6, "Snow on the Mountain." It was the end of a love story between two people who had to struggle through their partings and reunions while still maintaining their love for each other. I cried when I wrote the ending. It was hard to say goodbye to James and Susan. Book #3, "The Necklace III - London, July 1967," however, was my favorite to write because I put a lot of humor into it and two of the female characters, Joy, and Alice, were real people from my high school days. I shared what I was writing with them as I wrote it and enjoyed their laughter and feedback.

How do you like to portray your women characters? What makes them stand out?

For my main female character, I like her to be feisty, self-assured, confident, rebellious, and stubborn, which is exactly what Susan is in my book series. In "The Harpist" book, however, I wanted Brianna to be innocent and naive.

Which is your favorite romance classic to read in your free time?

I am honestly addicted to Regency romances that take place in the period 1812 to 1820 when the Prince Regent was in charge of England. The roles of men and women (in the upper classes) was very strictly defined with numerous rules regarding proper behavior. I find it fascinating. So fascinating, in fact, that I'm starting a new James and Susan series taking them back to 1815 Regency England. James will love it; Susan will not. Her stubborn and rebellious nature will cause sparks to fly!

Which is the next book that is under work?

"The Necklace VII - London, June 1815." I'm having to prep for this book as the mode of speaking is quite different...I daresay!

Have brimming questions to ask author Linda S Rice? Ask whatever you like, but keep it appropriate.
** Please note that unanswered questions will not appear on the page. Refrain from posting promotional messages.

The author, a good book and you! Contact Linda S Rice here.
** Please refrain from spamming and don’t bombard the author with promotional mails/messages. Your IP/Email address may be blocked if found doing so.