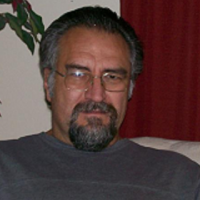 Some one once asked me, “What’s the difference between a war story and a fairy tale?” Of course, I didn’t have a clue. Here’s how it got explained to me.

Fairy tales start with “Once upon a time” and end with “Lived happily ever after.”

War stories start with either “There I was”, or “This no shit.” And not everybody lives through it, much less happily ever after.

So for years I resisted writing them down. Let’s be honest about it. There’s a lot of things a person would just as soon not remember like being covered from head to toe with some one else’s blood.

But then I hit up an idea. Take the events, and put them into a fictional characters life.

And in a few key strokes, Will Diaz was born.

The character of Will Diaz in my novel “The Lawman” is based a lot on me. Like Will, I took a degree in Astro-Physics, a career field where people don’t go to the help wanted section to get a job. No, they go to the obits. The year I got my degree, no one was in the mood to lie down and die and make room for me. So I’m now in the job market with a degree that is almost useless.

So, when my favorite uncle started hinting around that it would be nice if I paid back my student loans he gave, I went looking for a job. Fortunately, I was raised a cowboy, was physically tough, and didn’t scare easily. So one of the many job applications I put in was with the Alamosa Police Department.

Now the only thing I really knew about police work was from reading Joseph Wambaugh’s “The New Centurions”. I really doubted that I was what they were looking for, but hey, when you need a job, you need a job. Sometimes you have step out of your comfort zone.

I tested, took the physical, and went away saying to myself that it would be cold day in you know where when I got hired.

Six months later, I got the surprise of my life. They wanted me, and I was hired. Someone teased me that the reason I got hired was that I would fit into the uniforms of the guy that was leaving. I’ve a sneaking suspicion that was true.

I considered it a temp job while I waited for what I really wanted to do. Twenty years later, I hung up my badge and guns from that temp job. I never did strap on a rocket and ride it into the sky. But being a Police Officer was not wasted time, mind you. During that time, I’d held almost every position out there in Law Enforcement to include undercover narcotics and criminal investigations.

I’ve never been sorry I did it. I’ve been through things people would only read about. I really feel the job put more steel into me than I’d ever know, and it had a huge hand into making me who I am today.

I also spent eight years in the U.S. Army as a Military Policeman and served with the 1st Armored Division during the Gulf War.

Like Will, I got out of the military, and went back into civilian law enforcement. Unlike Will, found myself working for a sheriff who was a rookie I’d trained almost twenty years before. When you find yourself in that position, it’s time to think about getting out the business. God apparently thought so also, and so one day the Sheriff walked in and asked what I knew about Hazardous Materials. I answered that my secondary MOS in the Army was Chemical Warfare Defense Specialist.

He said, “congratulations, you’re it.”

Two days later I had my first natural disaster. Apparently I did such a good job of it, that the Colorado Office of Emergency Management wanted me aboard.

I then spent almost 6 years working Emergency Management, a field that can so political that I’m not surprised when disasters get totally mishandled. But I learned a lot about how government works on the state and federal level.

I also got back into modern day computers. I’d built this system that a firefighter out in the field could connect to and get information needed to handle an emergency (chemicals at site, floor plans, you name it). Today, such a system is easy. In the early 1990s, it wasn’t so simple. When I found out my job was going away, and I told my wife, she asked, “What do we do?”

I told her I’d built up this knowledge on systems and networks, so let’s hang out a shingle. So imagine if you will, someone running a computer company and hasn’t clue a what TCP/IP is.

But I learned pretty quickly. Today, I’m called an expert (translation – Somebody who knows absolutely nothing about absolutely everything) in IT Operations, Security, Virtualization, and Cloud Technologies.

But sometimes I miss police work. While I was there, I felt like I made a difference. Today, I’m often times asked to ride along with the City, County, and State officers. I always politely decline. I’m afraid if I ever did, I’d discover I miss it too much and want to go back.

And I’m way too old start doing that again.

I’ve been telling the stories of the cases I’ve worked for years, and some of the places I’ve been and done, and people have always said, “You should write a book, an autobiography!”

My answer always was, “No one would believe them. And besides, Forrest Gump has already been written”.

Either way, it’s been good writing them down. And who knows, maybe they’ll help inspire the next generations of Centurions!

Have brimming questions to ask author William R. Ablan? Ask the author whatever you like, but keep in the appropriate zone.
** Please note, unanswered questions will not appear on the page and refrain from posting promotional messages.

The author, a good book and you. Contact William R. Ablan here.
** No Spamming: Spam is an irritant to regular users or the authors. Please note that bombarding promotional mails/messages is strictly prohibited. Your IP address may be blocked if found doing so.