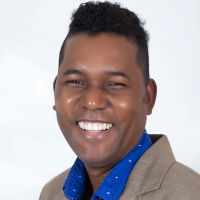 Yeral is polyglot or a multilingual person.


He has been a Bible professor for many years and teacher for several languages locally and internationally, such as Spanish, English, French, Italian, Portuguese, and Haitian Creole.

His hobbies are reading and listening to music. He is passionate for teaching, learning and starting new ministries and businesses. 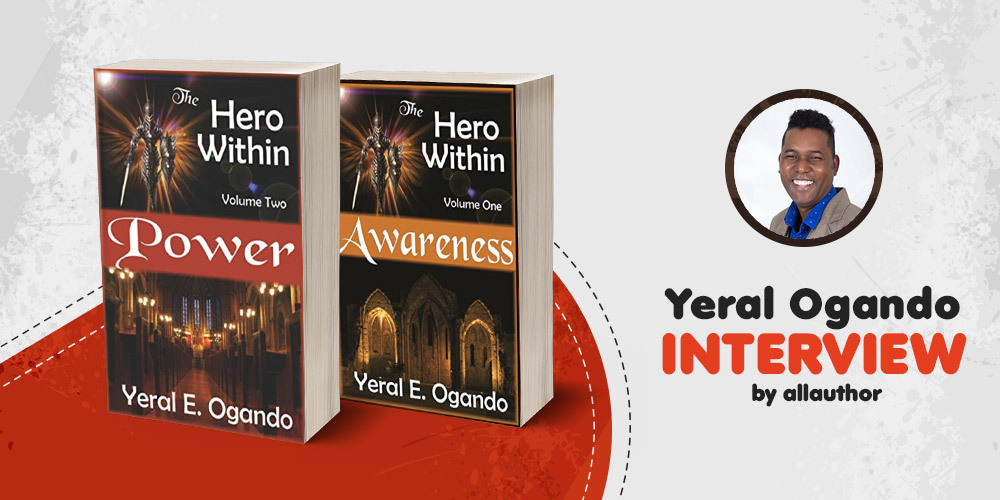 "Yeral Ogando does a fantastic job creating imagery that is easily exciting and relatable. Learning so many languages has given him a better perspective on learning new cultures. Mr. Ogando's books are excellent and powerfully communicate with simplicity and clarity a way to learn different languages. He is passionate about teaching, learning and starting new ministries and businesses."
What developed your interest in learning multiple languages?

I felt unable to help other people because I could not understand their language; therefore, I started learning one language at a time, every time I met someone in need of help.

Why did you decide to become a teacher for several languages locally and internationally?

Because I saw, how many people were struggling to learn a language and how difficult it was for them to learn it. That inspired me to start teaching and providing easier ways to learn and eventually after many years upon requests of my students; I started writing methods for others to profit from these learning techniques.

What has been the greatest life lesson you've learnt from being a Bible professor for many years?

The greatest life lesson is that people don’t want to depend on God’s grace; they always want to do something for them to feel better with themselves and pretend they deserve God’s Grace when it is indeed a Free gift (something we can never earn or deserve).

How has learning so any languages helped you shape into a writer?

It has given me a better perspective on learning new cultures and spreading my mind and heart to share what I have with others.

Haitian Creole was originally a dialect created by slaves, because they did not want their landlords (masters) to know what they were speaking about. Well, I only studied for a month to learn Haitian Creole; after learning other languages, I found shortcuts to learn it quickly and started interacting with natives. In essence, I spent many years with Haitian communities, churches and people. I realized it was a need to learn Haitian Creole for other people, even when they thought it was a difficult language, so I made it easy for them by writing Teach Yourself Haitian Creole.

How did you begin writing "The Hero Within" series?

The Hero Within Series started with my passion for the Bible, spiritual world and anime. I wanted to share a message about the reality of the spiritual world. Something that could touch and change people’s heart by reading it or watching it. So, The Hero Within Series started. There are two volumes currently, but the series has more than 5 (still working on the other volumes). Manga was one of the original thought, that is why I am publishing the Manga Version within a month.

Who inspired the character of Joe in The Hero Within?

Pastor Joseph Milton “Joe” was inspired by the idea of my first Christian Pastor and his charismatic ways to teach and minister God’s Word.

How important is research to you when writing a science fiction book?

It is crucial, since I tend to use real elements (locations) and characters from real life to portrait science fiction. People need to relate the story with something that might be familiar to them. If they research, they will have a better understanding. Researching for towns, weapons, demons and combining them with the message of the Bible is my focus and it requires a lot of research.

What is the most important thing about a fiction book in your opinion?

The engage readers in the plot so they can see themselves in the characters; thus transforming the way readers see things.

How did you come up with the title of "Conciencia: El Héroe Dentro de Ti?" How important do you think is a book title?

It is Spanish translation of the English title “Awareness: The Hero Within. I have translated the series into several languages so far.

Publishing other science fiction stories, creating Manga Version for The Hero Within Series.

I hope to make an Anime version out of The Hero Within Series. That is why I am publishing Manga version (Comics) for the current two volumes. I also hope to complete full Series within 2 or 3 years, thus publishing the remaining 4 to 5 books.

How often do you write in a week? Do you try to write a certain goal number of words or chapters a day or do you just go with the flow?

I write almost every day.

I just go with the flow; however, I don’t stop until I complete a t plot or idea.

What advice do you have to offer to the young writers everywhere?

Learn your subject very well and use what you know, your passion the things you love to share your message. Write from your heart and place yourself in the shoes of your readers if you want to touch their souls. Finally, write, write, write.

How has your experience at AllAuthor been?

It has been great. What I like the most is the social part, tweeting my books on a regular basis and promoting it, as well as the tools in the website.

Have brimming questions to ask author Yeral Ogando? Ask the author whatever you like, but keep in the appropriate zone.
** Please note, unanswered questions will not appear on the page and refrain from posting promotional messages.

The author, a good book and you. Contact Yeral Ogando here.
** No Spamming: Spam is an irritant to regular users or the authors. Please note that bombarding promotional mails/messages is strictly prohibited. Your IP address may be blocked if found doing so.