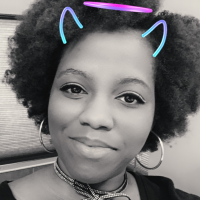 Hey there, world! Thank you for visiting my site.

My name is Yvonne Nicolas and I am an author! Felt AHH-mazing to type that.

I was born and raised in Orlando, Florida, where I spent a good part of my childhood at Disney. To this day, I'm a Disney girl. Now, I reside in beautiful Atlanta/Cumming, Georgia. Guess that means I'm still a southern gal!

I've been an avid reader since the age of fourteen. Like most serial readers, I couldn't get enough. I consumed books like I was possessed! I finished 2 to 3 novels a week. Sometimes more.

For as long as I can remember, I've had the creative itch. My creativity spanned from music to drawing to architectural design. After college, I was able to score a job as an architectural designer. It was awesome, and I loved what I did, but for some reason, my heart wasn't fully invested. Felt like something was missing. During the year of the big housing market crash, architectural firms all throughout the country suffered. As a result, they started laying off. My firm held onto me until the bitter end, but eventually, they had to let me go. I wasn't upset about it because I knew the situation, but it still sucked. Little did I know, it was a blessing in disguise.

I was always writing, even during my architecture design days, but they were stories for my eyes only. Needless to say, I didn't think my writing was good enough to share with anyone. I know many writers have this same fear. One day, my friend peeked into my slutty story file, without my permission of course. She enjoyed the story and told me I was wasting my God-given gift by keeping it myself. I figured she only said those things because she was my friend, so I brushed it off. She badgered me for months about it. Finally, I gave in. With a trembling heart full of fear, I shared my tales with the world. I was knocked off my feet when my first release became a bestseller! I thought the world had either gone crazy, or my friend was right. I have a gift for writing!

And now, here I am, in love with my imagination and the characters that emerge from it. You may not love them as much as I do. However, I promise you, they will leave a lasting impression.

I'm ever so eager to take you on this journey with me. So grab a drink, have a seat and strap in.

It's going to be a wild ride! 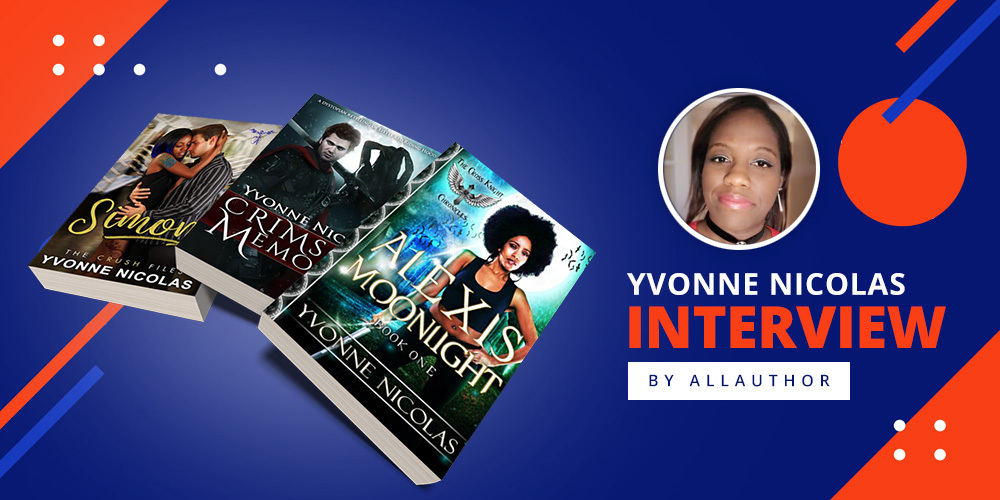 "Yvonne Nicolas was born and raised in Orlando, Florida. Her favorite childhood memory/memories are the numerous trips to Disney World with her father. Her favorite genre to read is paranormal romance and cyberpunk. As a writer, she has learned to write when the thoughts and storylines come to her, rather than force it. Writing the first book in the series is always easy for her. However, writing the follow-up books becomes a bit challenging. She is going to dedicate a whole year to her dark, paranormal romance series."
Born and raised in Orlando, Florida, which is your favorite childhood memory? What do you love the most about Disney?

My favorite childhood memory/memories are the numerous trips to Disney World with my father. And when I say numerous, I mean it. We visited the park every other weekend. I basically lived at Disney! Mickey was my neighbor. It wasn’t just fun times at a theme park; it was our time (me and my awesome dad). That’s why Disney will always have a special place in my heart.

Anne Rice! She wasn’t the first author I experienced, but she was most certainly the first author to grab my attention. And once she had my attention, she refused to let go. I don’t think I would love vampires as much as I do if it weren’t for Anne Rice. Hideyuki Kikuchi comes in at a close second for the Vampire Hunter D series.

My favorite genre to read is paranormal romance and cyberpunk. It’s difficult for me to choose just one.

For how long did you work as an architectural designer?

For about six years.

When was your first book released? Did you expect it to become a bestseller?

I believe my first book was released on April 2010 by the publishing house whom shall not be named. I was super shocked when Designing Love hit the bestseller’s list. I wrote that story while working as an architectural designer. I truly didn’t think it would do as well as it did, given that I was a new author, but I was so grateful it did.

How many books have you written in the "Carnal Diaries" series? Which is your favorite book in the series?

I’ve written four books in the Carnal Diaries series, but I’ve only published three so far.

Which is my favorite? Hmm… That’s a good question. I’d have to say Seducing an Assassin. That story started with a random image found online. I posted it on my FB fan page and wrote a passage with it. A fellow author and friend came along and added to that passage. Then I added another scene, and she did as well. Before we knew it, we had written a story.

What inspired you to write "Designing Love"? How did you come up with the book title?

I started penning Designing Love while working as an architectural designer. I loved architecture, but I loved writing more, so my mind would wander a lot. A scene for the story came to me while ina staff meeting. As soon as I got to my computer, I started writing the scene. Once I had that down, I wrapped the story around it, and Designing Love was born.

Being that the story is about an architect and an interior designer falling in love, I’d say the title fits.

How would you define your ideal book hero?

I like a hero with many layers, someone that’s not easy to decipher. I like a bit of mystery as well as a hint of darkness in their personality. My heroes don’t have to have an alpha or macho mentality. He can be gentle and emotionally exposed. All in all, I like an imperfect hero, someone with flaws, scars, and issues.

Crimson Memories is a dystopian retelling of the classic fairytale, Little Red Riding Hood. How did you come up with the idea of writing this book?

I love fairytales! Growing up, I read them a lot. I always imagined the princess or heroine was someone who looked like me, even though the story didn’t describe them that way. So when I got a chance to recreate one of my favorite fairytales, I decided to switch the gender of the big, bad wolf, as well as, represent her as a woman of color. My love for the steampunk genre crept into this story. I didn’t plan that at first, but it was a welcomed twist.

What lessons have you learned as a writer? How writing has always been your escape?

As a writer, I've learned to write when the thoughts and storylines come to me, rather than force it. Writer’s block is a real thing, and it’s an SOB. Trying to force my way through a story only makes it worse, so I step back and let my mind tell me when it’s ready to move forward. Sometimes switching over to another project helps.

I have an overactive imagination, and then there are the voices... I know I’m not the first author to admit that, so I feel no shame. Writing offers an outlet for all those ideas, and voices running through my head. That is my escape.

How did you begin writing "The Cross Knight Chronicles" series? Do you find it more challenging to write the first book in a series or to write the subsequent novels?

I wrote the Cross Knight Chronicles on a whim! The storyline literally came out of nowhere. I was at a friend’s house, enjoying wine and then boom. There it was. It started as a short story on my blog. The idea was to offer a chapter a week, but the story became so complexed, I decided to turn it into a series.

Writing the first book in the series is always easy for me. However, writing the follow-up books becomes a bit challenging. No less enjoyable though.

What are some hard lessons you learned as a new author that nobody could've prepared you for?

The hard lesson that I learned is, not everyone close to you is on your team, and not everyone wants to see you succeed. It's a sad lesson to learn, especially if you learn it the hard way, like I did.

When is writing hardest for you? What do you do to pick yourself up during those moments?

Oh boy! I hate to admit this... writing is hardest for me when my kids are home. I love them to pieces, but they fleshy write blockers. They like my attention, and I love to give it to them. That’s why the majority of my writing is done during the day when they are at school, or in the middle of the night when they are asleep. I gotta get it in when I can.

Which is the sweetest fan-mail/compliment you have received from a reader for your books?

All messages and tweets I receive from the readers are wonderful and sweet. However, if I had to choose one, I’d choose a tweet I received last month. After reading Scorpion Tail, a reader expressed how much she enjoyed the tale. Then she told me I was “bae to the 100th power.” I like being bae! That filled my heart with so much joy. I was smiling for the rest of the week.

Which is the next book you are writing? When is it due for release?

I just wrapped up an IR romance. It’s due to release next month. After that, I’m headed back into the paranormal realm for the Cross Knight Chronicles and the Dragon Queen series. I'm going to dedicate a whole year to my dark, paranormal romance series'.

When did you join AllAuthor and what has your experience been so far?

I don’t remember when I joined AllAuthor, but I must say, it has been a delightful experience thus far.

Have brimming questions to ask author Yvonne Nicolas? Ask the author whatever you like, but keep in the appropriate zone.
** Please note, unanswered questions will not appear on the page and refrain from posting promotional messages.

The author, a good book and you. Contact Yvonne Nicolas here.
** No Spamming: Spam is an irritant to regular users or the authors. Please note that bombarding promotional mails/messages is strictly prohibited. Your IP address may be blocked if found doing so.