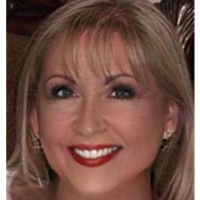 Yvonne Robertson (nee Laurenson) was born in Holm in the Orkney Islands, off the north coast of Scotland but grew up in Lesmahagow, Lanarkshire. Her father hailed from The Shetland Islands, the most northerly part of Scotland and actually closer to Norway than to the Scottish mainland. Her mother came from the beautiful county of Argyll on the west coast of Scotland. She has four brothers and one sister.
At twenty-one, she married Neil Robertson and a few years later they had two sons. They spent the majority of their married life in Kirriemuir, Angus and a few years in the beautiful village of Glamis, home of the late Queen Mother.
In 2007 they made the momentous decision to relocate to the USA. They packed up and moved 4000 miles to Atlanta, GA where they still live today. 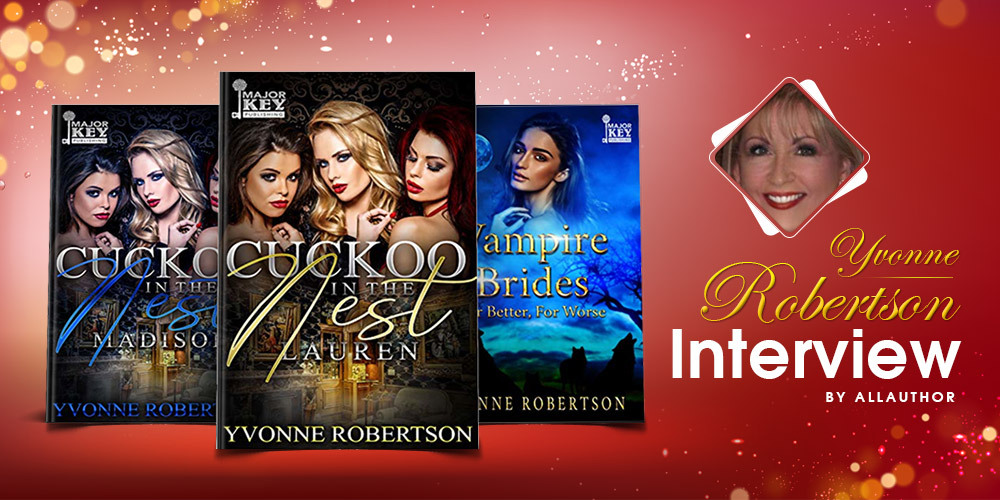 "Yvonne Robertson published a poem when she was eight about a spaceman and wrote tons of short stories. She reads and writes mainly contemporary romance and paranormal romance. Her intense and action-packed stories are well researched and very well written."
Born in Holm in the Orkney Islands, which is your favorite childhood memory?

I grew up in a family of eight, Our parents, one sister and four brothers, I am number five. I used to love sitting around the table on a Sunday eating dinner and we often played games. We were a noisy lot back then but my memories are all good.

What was your favorite thing to do while growing up in Lesmahagow, Lanarkshire?

My best friend, Jane and I were inseparable and went everywhere together. We even used to buy the same clothes and dress alike. Although I live in the US and she is still in Scotland, we are still friends almost fifty years later. I try to see her when we go back to Scotland on vacation.

When was the first time you put pen to paper and wrote something meaningful? Did you ever publish it?

I published a poem when I was eight about a spaceman and wrote tons of short stories. Notebooks and pens were my favorite thing. Later on, when I was about fifteen my high school English teacher told me I had talent and I also won a competition in college for a short story I had written. Ir was many years though before I believed it enough myself to write my first book.

My parents, Jean and Elliot, who encouraged me to write my stories and poems. My single biggest regret is that they didn't see me become a published author. I also loved Enid Blyton, I devoured her Malory Towers books when I was very young and my love of all things literary grew from there.

Love Story by Erich Segal has to be up there although it is also tragic and Pride and Prejudice by Jane Austen. I don't find it difficult to write about love at all and I am a huge romantic at heart.

Which is your favorite Vampire Brides book?

I liked writing all of them and developing all of the characters but the last one brought it all together and I finished it with a shocker, as always. Brynna was a firecracker so her story was fun to write.

Who inspired the character of Sierra Adams in "Vampire Brides: To Have and to Hold"?

Not a single person but many. She is strong, independent and feisty and I know a lot of women like that who have coped on their own, my sister, Janell, for one and several of my friends who have gone through heartbreak and bounced back stronger than ever.

How do you ensure to keep your readers wanting for more at the end of each book?

I like at least an HEA at the end of my books but I always leave a twist in the tale or a teaser of more to come. I try to bring my characters to life as much as possible and sometimes I do base them loosely on a person I know.

What is the story behind the idea of ‘Cuckoo In The Nest 3: Angel’?

Angel is the last (For now) in the series and has her own love story to tell just like her sisters Lauren and Madison. Through each of the books, we follow the sisters as they try to unravel the secrets surrounding their birth and which one of them was actually born to another woman. It all comes together in this one and we find out all of the answers......probably not the one everyone expected though!

Who is your favorite among the beautiful Baker triplets, Lauren, Madison and Angel in "Cuckoo In The Nest 2: Madison?

I actually wrote Madison first even although it is the second book so I have a soft spot for her and her love interest Mitch. Even although it was intended to be a stand-alone but the story got larger and larger and I knew I had to break it up into three different books to tell each sister's story.

How supportive and critical is your husband when it comes to your writing?

He is extremely supportive and encouraged me when I wanted to write full time. He isn't much of a fiction reader but he plods through to give me his opinions. He also boosts my ego me when things are getting tough.

I love classic literature and have Jane Austin, Charlotte Bronte, Charles Dickens, etc but I love contemporary novels too. I read and write mainly contemporary romance and paranormal romance but my book Picture Perfect also had a little psych thriller in it. I also read a lot of thrillers and may try that next.

What challenges did you face to complete the Cuckoo In The Nest series?

None really unless you count getting carried away and having to reign myself in. I loved every one of my characters in those books and have started writing another with one of the secondary characters that would have its own story but still be connected to the others. I loosely based the small town in these books on the village where my sons attended primary school. It's called Glamis (Pronounced Glams) and was the ancestral home of the late Queen Mother, Elizabeth Bowes-Lyon. Our garden backed onto the castle grounds and they would ride their bikes up and down the castle driveway. Looking back they had an idyllic place to grow up.

Which is the sweetest fan-mail/compliment you have received from a fellow writer for your books?

Someone told me recently they wished they could get inside my head and another said I couldn't write them fast enough for her. I love getting feedback and do my best to acknowledge every one of my readers because without them.....I wouldn't be a writer.

It has been awesome! I love the interaction with other writers and readers and especially love the magic tool and the great promotional materials I can create from it.

Have brimming questions to ask author Yvonne Robertson? Ask whatever you like, but keep it appropriate.
** Please note that unanswered questions will not appear on the page. Refrain from posting promotional messages.

The author, a good book and you! Contact Yvonne Robertson here.
** Please refrain from spamming and don’t bombard the author with promotional mails/messages. Your IP/Email address may be blocked if found doing so.