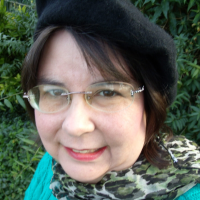 1) Do not censor your rough draft.
It is important to write what comes to you naturally. It is too easy to become bogged down in editing as you write, and very little gets written. Let your characters do and say silly things, and put in those melodramatic touches! Then editing is an entirely separate step, to be undertaken after your manuscript reaches full length and ideally after six months fallow time.

2) Start a sequel before you finish the first book.
This is a strange one, and not what people hoping to be authors of stand-alone masterpieces want to hear. However, EVERY one of my tales has begun to spawn a sequel before I was half way through. This has a number of advantages.
* You know what your characters would do next, even if you were never to write second volume. (This may help with motivation & wrapping the tale up.)
* Envisioning your characters with futures will help you flesh them out as well rounded.
* Staring a sequel may actually help you generate details of setting to go in the original story.
* The sequel is there if you ever want to write it!
* If you do write a sequel the seeds are already sewn and some minor characters and incidents that become important in future volumes have been woven into the tapestry.
* Refusing to let your mind wander into sequel territory may well stunt your vision. Therefore, even if you don't want those extra words, and the work of writing an entire second book - I advise you write a few chapters that your muse dictates when the creative juices are flowing. Definitely don't beat yourself up for starting another project before the present is finished sort of thing!

To Boost your book promotion
Feature Your Book
on AllAuthor

How AllAuthor Promotes Your Books?