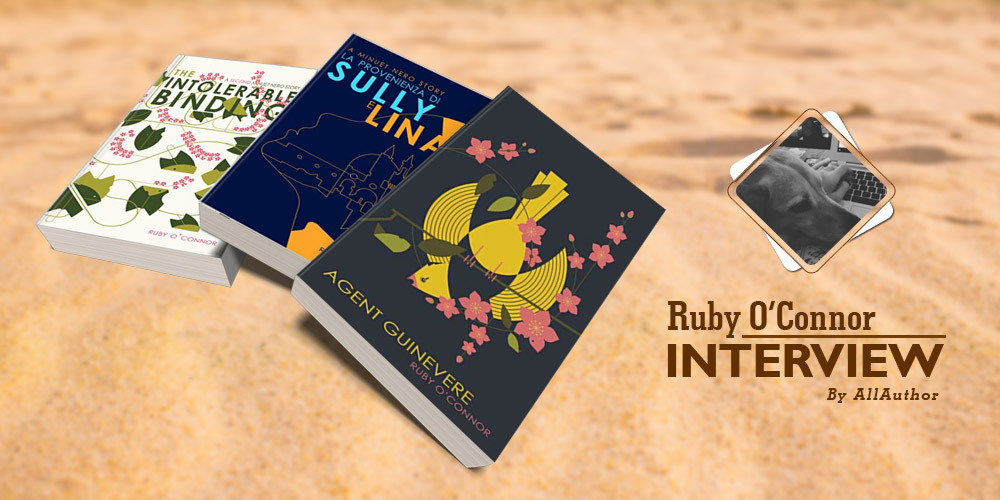 Where were you born? Since how long have you been living in Wexford, Ireland?

I was born in the United States, in the state of Georgia. I have also lived in Oregon and in Arizona, but I have lived in Ireland for five years now. I love it - I think it is the perfect place for a writer to live.

I didn't really - i think the business did. I write stories about women: spies, criminals, women who have dynamic strengths and weaknesses, who have love affairs, and although my books are not pornographic, they don't shy away from sexuality. You wouldn't call a film pornography over a sex scene, but romance does seem to be the easiest way for my work to find the audience most receptive to it. I think my stories could work for anyone, but if stories that center and focus on the desires and motivations of women is considered a niche I am proud to serve that audience. I am incredibly grateful to anyone who enjoys what I do.

Forever. I wrote my first story when I was six, and I was editor of the literary magazine and on the school paper in high school. I flirted with other things, but I've always been a writer at heart. I love the written word, and English especially. It is nothing short of magical to imagine something, put it in someone else's head and move them or inspire them. That's just amazing.

What would you say is your interesting writing quirk?

I am an obsessive compulsive, so I would guess my process is reflective of that. I build a character, as thoroughly as possible. Once I know what they have for breakfast, a favorite color, their worst memory, their favorite song, and I can hear their voice in my head, I can build the situations around them. After that, all that remains is lots of research and constructing the plot and subplots for each story.

Being a two-time Nanowrimo champion, how about any advice for staying sane during a huge writing marathon like this?

PLANNING. I have a method I have been using for years, where I build what I call a 'construct.' I imagine a story like a great tree - so I start with the story in parts (like the trunk and branches) and then I work to flesh out each individual part in layers, like dressing those branches with leaves. Each layer make a fuller story, and gives you a great opportunity to fold in plot elements for future stories. Always know where you are going, at least for the entire story and with a little discipline those 50,000 words are a breeze.

If your character, Lina could hit a reset button on her life, would she?

No. She lacks the clarity to, at this point at least. She still thinks she can right this vessel, which is one of her greatest flaws.

Who inspired the character of Yuri Vasiliev in "A Wrinkle, A Suture"?

Um...the need for a character like him I suppose? Not every character is based on someone, in fact in my experience they seldom are. In this case, he came out of the research of Russia during the period, oligarchy after the period, and what I needed the character to be to move the story along as planned. I fleshed him out from those elements, and tried to ground him to the story through first person accounts and articles from the period. What's most important about Yuri is how he's seen and what he comes to mean to the readers, and that is shaped by what I don't show as much as what I do and when show it.

Why did you decide to set Agent Guinevere in 1992?

That has a really specific answer, actually. I did an absurd amount of research for the Sophie Hollander Series, down to weather reports and television schedules. One thing that caught my attention was the the amount of conversation taking place in the UK and the EU concerning gender in the workplace, and as she was gong to be the first woman in her organization this seemed a good place to set it. To be clear, The Equal Pay Act passed in 1970, and was amended by Equal Value Regulations of 1983, and the Sex Discrimination Act of 1975 and 1986, but there was a lot of discussion in 1992 and that seemed a moment for a protagonist that was youthful and faced a future with new possibilities and unique challenges. I wanted Sophie Hollander to be a model of womanhood for her time, and that period seemed to fit perfectly.

What challenges did you face while writing your first original novella in the Minuet Nero series?

I wanted to tell a romantic story that contained no physicality. Minuet Vasiliev appears in another series I have written, and a reader told me they would have really liked to see where that character came from. I explained that to really know what makes a person, you have to go back to before they started, and show each decision that transforms them. You create a change curve, and show each choice along the way: choice, shock, adjust - and not just to your central characters, but to everyone in the universe you have created.

How did you feel about being added to the library of Dublin City University?

Overwhelmed. Humbled. Libraries were my escape as a child, so to be included in the collection of one is an experience that, like acquiring my first ISBN, was the culmination of a lifelong dream. For me, is was undeniably becoming a real writer.

How did you come up with your Instagram username, arizonacolleen?

I moved to Ireland with my husband, who I met in Phoenix. Colleen is Irish for a girl or young, so I was his Arizona colleen.

If you had a reality TV show about your life, what would your theme song be?

Oh my God, what a question! Just one? Really? This is unfair. I think of Panic! at the Disco, Kraftwerk, LCD Soundsystem, Moby, Randy Travis, Buddy Holly, and even opera and classical selections. There are just too many songs I really love, and this question is too hard! I make playlists for every story, available on Spotify, which help me set a tone and range for each work, but for this question I can only pick one.

So, I pick "Sad Songs (Say So Much)" by Elton John. But if Brendon Urie wanted to cover it for me, that'd be the best thing ever.

Do you think there are aliens on other planets?

I think it is illogical to presume that we are the only planet with life on it. I hope we discover or receive evidence to support this in my lifetime.

Can you offer any tips or techniques for how to be such an efficient word-count machine?

Honestly? Be less interested in your word count and more driven by your story. The first two Minuet Nero stories are novellas, because that served the narrative arc better. "A Wrinkle, A Suture" is a full length novel, and the next two will be as well, but don't get hung up on those numbers. Tell a compelling story, know where you are going and the words will come. Better a great short story than a bloated novel any day.

What has your experience with AllAuthor been like so far?

It has been really cool! I have enjoyed meeting other authors, and seeing my work on display has been a great motivator. I love seeing the banners, and I hope to continue building my audience and telling my stories. I am very grateful to have this community and platform, it's wonderful!

Ruby O'Connor was born in the United States, in the state of Georgia. She wrote her first story when she was six. She writes stories about women: spies, criminals, women who have dynamic strengths and weaknesses, who have love affairs. She is an activist and two-time Nanowrimo champion. 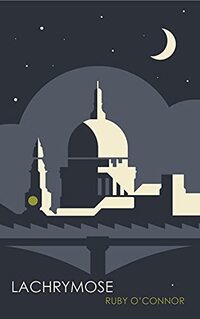 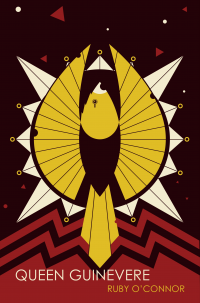 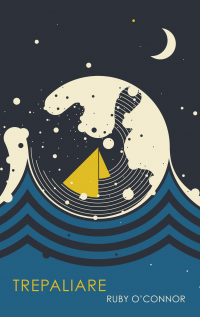 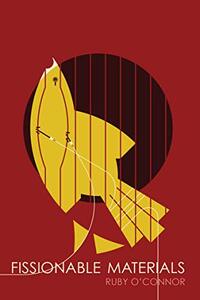 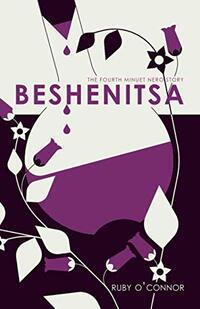 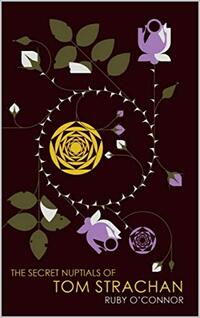 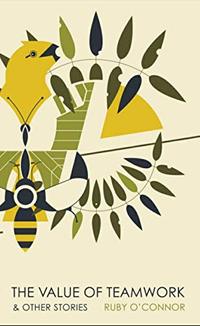 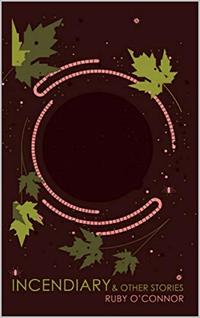 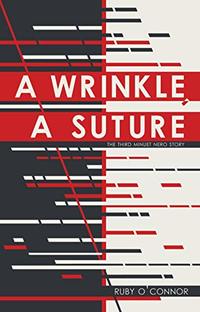 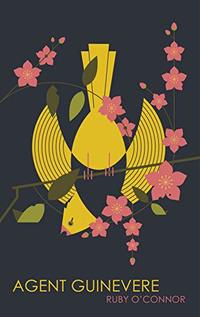 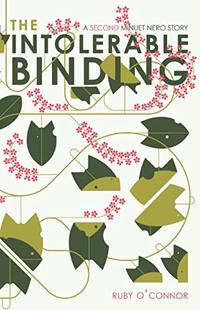 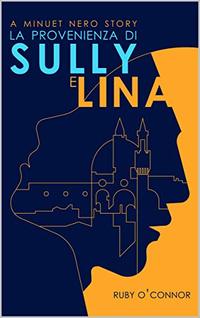