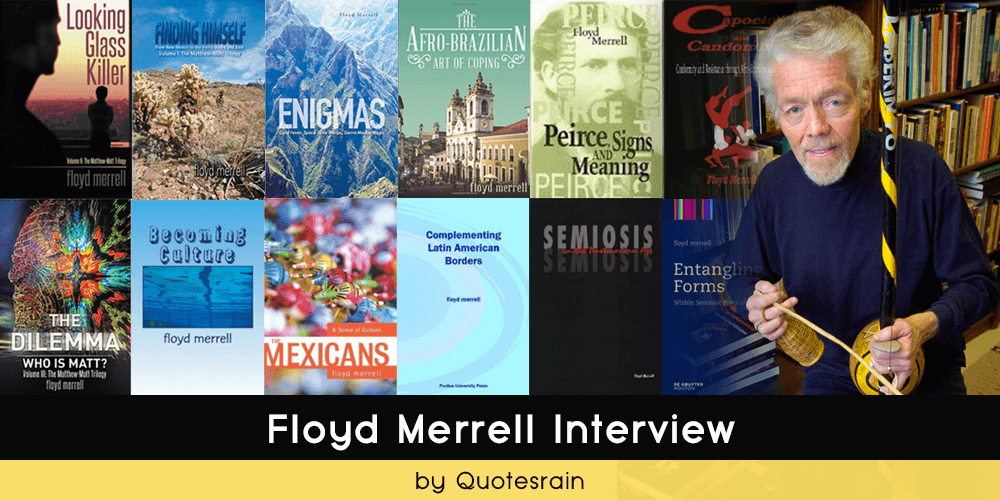 Tell us about your life and your struggles.

Floyd Merrell was born in 1937 in Virden NM and raised eight miles away in Duncan AZ, far from any large city. He received his Undergraduate degree in 1964 in Chemistry and Physics at Arizona State University, and taught at Alta Loma High School CA and Albuquerque NM from 1964 to 1970. He married Araceli Dorantes, from Mexico City. Flipped out over myriad culture differences and blends that motivated him to move into the humanities and social sciences. Returned to school and took a PhD at the University of New Mexico in Latin American Studies, 1973, and taught Latin American literatures and cultures and communication theory (semiotics) at Purdue University from 1973 to 2011. While at Purdue, he wrote 32 academic books and over 200 articles, and taught mini-seminars to graduate students in Mexico, Venezuela, Spain, Italy, Germany, Uruguay, and Argentina, and during the summer months from 1991 to 2004 taught in Brazilian universities. After retirement in Las Cruces NM, he decided to try his hand at fiction. His head found itself slammed against a brick wall. He backtracked, took an appraisal of his situation, and made another stab at it. Something eventually happened, he knows not what. His writing put itself in motion, in a frantic series of fits and starts. Failure. He tried again. Failed a little better. Step by step things began falling into place, more or less. He’s still failing. But as time goes by, he’s getting better at it.

How passionate are you about writing?

Passionate? Yes. More to the point, inordinately curious. Why? Because writing fiction helps him understand who he is, or better, how it is that he is becoming someone other than who he was becoming. A vicious circle? Perhaps. If so, then it’s him, and it’s his world. The same goes for his characters that emerge from his computer terminal, somehow. His head and heart merge into one another and through ten fingers in contact with the keys down there somewhere and his characters reveal themselves and reveal him on a monitor, as one moment merges with another one, and then another… Passion is the mystery of it all.

How long have you been writing and what inspired you to become a writer?

When in High School, he didn’t study, read a little, but on his terms and in his way, he graduated, could see no reason to go to college, his friends enrolled, so why not? However, his slovenly habits rolled on, he graduated from ASU with more or less a C average, taught high school, traveled, met his future wife, seriously thought about life, suffered through a period of strife, entered into a PhD program, discovered maybe he wasn’t a dumb klutz after all, taught at the university level, surprised himself by discovering he enjoyed reading and writing, published too much, retired, couldn’t stop writing, and the words continued pouring forth. What happened, happened. So he copes with it as best he can with what he has in his head and heart.

How did you get the idea for your first book?

After thirty-seven years in Indiana and then back home in the southwest, he thought about childhood days, teen days, and thereafter, and did what he sensed he had to do. No mystery about it. Just a long spate of bumbling pragmatism.

Simplicity. Most names are four-letter words.

Do authors in general and you in particular plan series beforehand or do they just happen?

He does considerable research as his academic past demands it, writes a rough outline while giving it much thought, and it happens to happen and then the heavy task begins.

When exercising, doing carpentry and working around the house, creating broken tile images, reading and listening to the news, idly driving around, talking to his wife, and it appears as if out of the clear blue. Choice? Better, unthinking thinking during a prolonged time of knowing ignorance.

Do you ever get writer’s block?

Do you have a “reader” in mind while writing?

No. Then he gives the manuscript to his wife, and she lets him know he’s been the victim of his imagination going against the grain of his better judgment.

Who is the first person to read the first draft of your books?

How do you get reviews? Which was the best review you ever got?

Reviews are as reviews go. His are by and large unflattering; at least he thinks so. Wait, I believe he wishes to add a footnote. He never promoted himself as a teacher or professor. He simply couldn’t do it. When he found himself under pressure to become a self-promoting animal, he occasionally gave in, and caved in, because he was horrible at the game. As an author of fiction, he reluctantly gave self-promotion another try, and quickly gave it up.

What does the word “story” signifies for you?

Telling lies, a small portion of which might possibly become plausible. The lies grow in inverse proportion to the half-truths and possible truths. If the lies are plausible enough, one stand a chance of learning from them; if not, one tends to laugh or perhaps become irate—sometimes even cry—as if it were a proper or a pathetic joke, and yet, one might still learn from it. Stories are there for one’s gain, and if no gain, then no pain, and if there’s sheer pleasure and no pain, the gain is often illusive, good for creating futile dreams and false hopes.

Do you think an author should be bound by Genre?

He studied literature for years, taught it for even more at the university level, and ended with the idea that genre, like all categories searching for a perfect fit in their most proper pigeon-hole, are an enemy of the imagining mind—or deludes itself into imagining it imagines—as it soars among the clouds.

In academia he was always writing three or more texts simultaneously; within fictions that write him more than he writes them, he cannot limit his polymorphous self to one and only one solitary, linearly definable, straight ahead direction, and zoom past the sunset with it. So yes, he’s always working on something.

Do you have a special time or place for writing?

His writing writes him as he writes his writing. Either of the two processes can occur anywhere, anywhen, while the other does its thing in more orderly fashion. And may the best process win, whichever of the two it may be.

How do you promote your work? How will QuotesRain help you in your book promotion and sales, would you like to refer this platform to your author friends?

He slobbered out his tale of woe regarding self-promotion above. It marks his pathetic weakness—or infirmity, if you will. So be it. It’s who he is, it’s what he does and doesn’t do, and he lives with it while more or less at peace with himself. QuotesRain? Whatever is their piece of cake, I heard him say, since he has hardly any idea what self-promotion is about.

He shakes his head, then slightly nods with a wry grin, and says, “Rules, regulations, and conventions numb the mind; imagination can take you where you want to go; so, strike a comfortable balance from within the middle path, and you might find yourself soaring.”

Floyd Merrell, a student, a professor, a husband and an academic is taking a stab (as he so eloquently puts it) at becoming a writer. Well, for us, he is already one and a revered one at that. Rather than being passionate about writing, he claims that he is curious like an academic and yet seems disarrayed like an artist. He believes he can discover himself through his writings but is simultaneously cynical to the belief that writing could be a noble cause. What was it that Walt Whitman said, “Do I contradict myself? Very well, then I contradict myself, I am large, I contain multitudes." 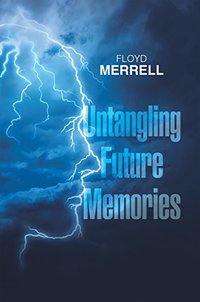 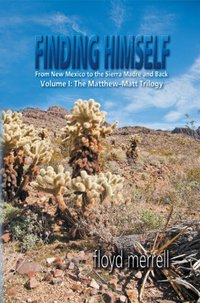 Finding Himself : From New Mexico to the Sierra Madre and Back : Volume I: The Matthew-Matt Trilogy Genre: Action & Adventure 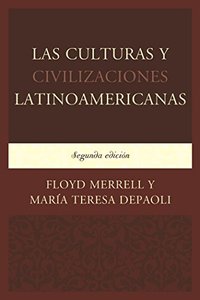 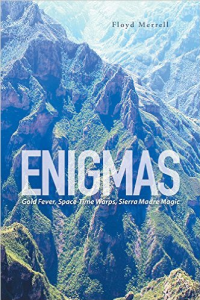 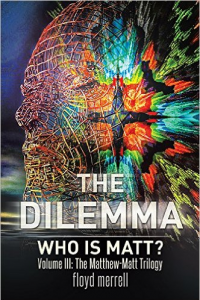 The Dilemma: Who is Matt? Genre: Thrillers, Suspense 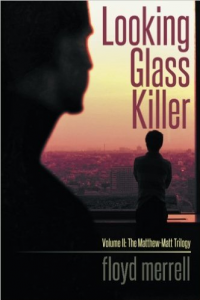 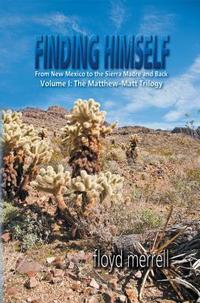 Finding Himself: From New Mexico to the Sierra Madre and Back: Volume I: The Matthew-Matt Trilogy Genre: Literary Fiction 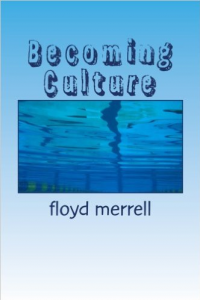 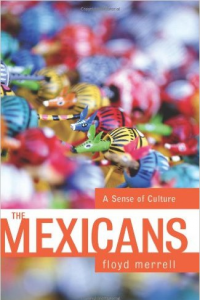 The Mexicans: A Sense Of Culture 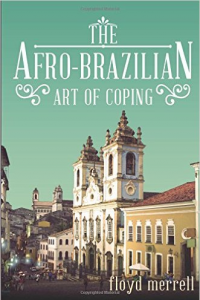 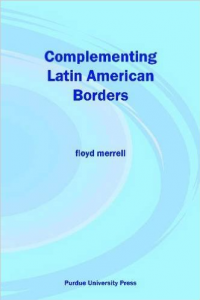 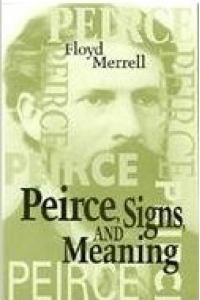 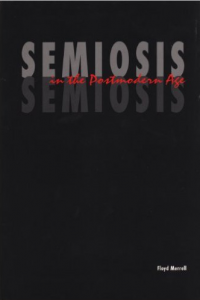 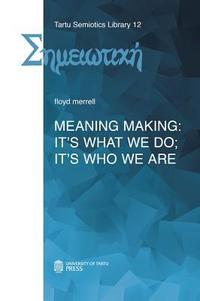 Meaning Making: It's What We Do; It's Who We Are Genre: General Nonfiction 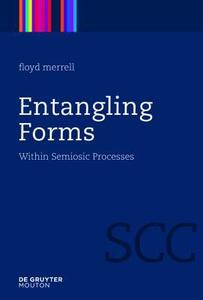 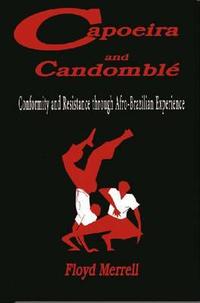 You're in the right place! We've relaunched as AllAuthor & have a ton of new stuff.

Got any questions? Get in touch by email on support@allauthor.com
© 2021 Allauthor Product of LMN Technology. All Rights Reserved. Privacy | Terms and Conditions | Contact Us
Advertising Disclosure: Please note that many links to retailers are affiliate links, which yields a commission for us. allauthor.com is a participant in the Amazon Services LLC Associates Program, an affiliate advertising program designed to provide a means for sites to earn advertising fees by advertising and linking to Amazon sites.