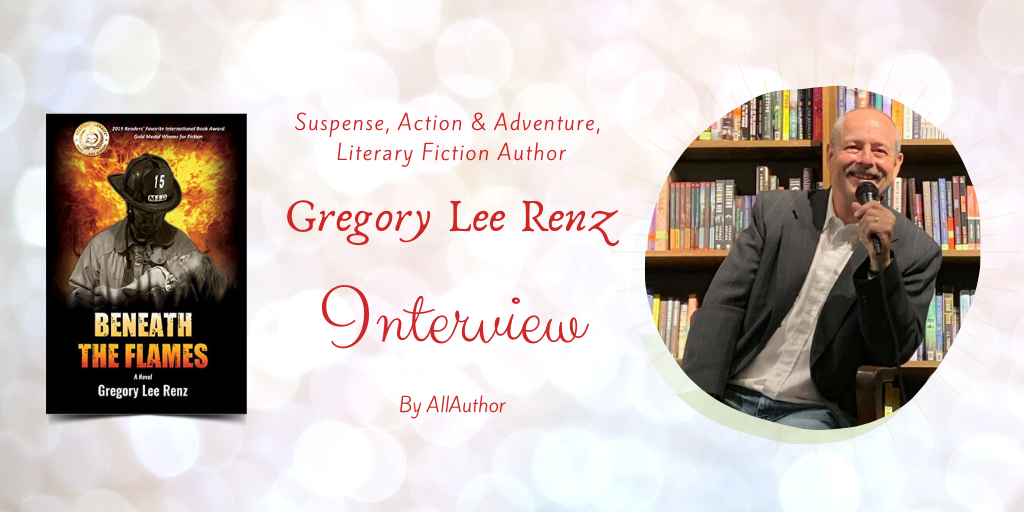 Where were you born? What did you like to do when you were a child?

I was born at the Camp Atterbury Army Hospital in Indiana. I enjoyed entertaining neighborhood kids with made-up stories and putting on plays.

As a child, what story did you want to write? Were you the main character? Who was your best friend?

I didn't think of writing when I was a child. My best friend was Martin.

When you were a child, what did you dream you'd become?

How were you involved in a dramatic rescue of two little boys from their burning basement?

I was the first firefighter to enter the basement of their burning home and found both boys unconscious and not breathing. They were both resuscitated on-scene and survived with no lasting effects. Had they been in that burning basement any longer and the results would have been tragic. The boys are now grown and doing well. There's video of the rescue on my website at glrenz.com

What was your reaction on receiving the Police Hall of Fame in 2006?

Firefighters and first-responders will always tell you we were just doing our job and don't expect any awards for this. And we mean it. So when I was inducted into the Fire and Police Hall of Fame it was truly an unexpected honor.

What kind of emotional responses did you usually received when you shared the dramatic rescue at several awards banquets?

This story brought tears to those in attendance and it continues to elicit incredibly emotional responses when I share the story at book talks. The story has even received some standing ovations.

What inspired you to trade turnout gear for a writing desk to pursue your passion - storytelling?

Over my twenty-eight-year career in the fire service, I had so many experiences and dramatic stories to share, and I worked with some exceptionally colorful characters. I was an avid reader and with all this material, I thought I might like to write my own novel. How hard could it be? I soon learned. Two little girls who lived across the street from an inner-city firehouse I was stationed at stayed in my head for years, demanding I tell their story. They were the inspiration for BENEATH THE FLAMES.

What are some things you learned after ten years of creative writing courses, workshops, conferences, and editors?

I've met and worked with some incredibly gifted writers and sadly most have never finished writing and publishing their novels. What I learned is that persistence is the most valuable asset a writer can have. Writing is hard, really hard, and giving up can never be an option.

What inspired you to type The End to the International-Gold-Medal-Winning novel BENEATH THE FLAMES?

The end of the story revealed itself to me while writing the story. It was not planned but organically revealed itself. Typing THE END has to be one of the best feelings a writer, especially a debut novelist, can experience.

Did you expect your debut novel to become the International-Gold-Medal-Winning novel?

Absolutely not. From all the advance reviews and Amazon reviews, I felt it was a pretty good story. But like most writers, I'm riddled with chronic self-doubt.

How does your wife, Paula support you in your writing career?

Paula is my first editor. She sees the pages before any beta readers or professional editors. She's my writing partner.

Since how long have you been living in Lake Mills?

We've been in Lake Mills for twelve years.

What is something that people don’t usually know about being an author?

What are you missing the most during the lock-down (covid -19)?

Speaking engagements at conferences along with book talks at bookstores and libraries. I'm a storyteller and sharing stories with a live audience is such fun.

I'm not sure how I learned about AllAuthor. When the book was published, I looked into all the ways I could market it. These days, publishers expect their authors to do most of the promotion and marketing of their books. AllAuthors does a wonderful job with marketing banners for social media.

A retired veteran fire captain, Gregory Lee Renz was born at the Camp Atterbury Army Hospital in Indiana. His debut novel, BENEATH THE FLAMES, is an intimate combination of love, race, and life as an urban firefighter. Greg does a fantastic job bringing readers into his world. Fire Captain Gregory Lee Renz was involved in a dramatic rescue of two little boys from their burning basement bedroom. 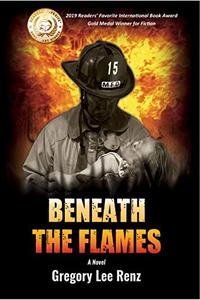