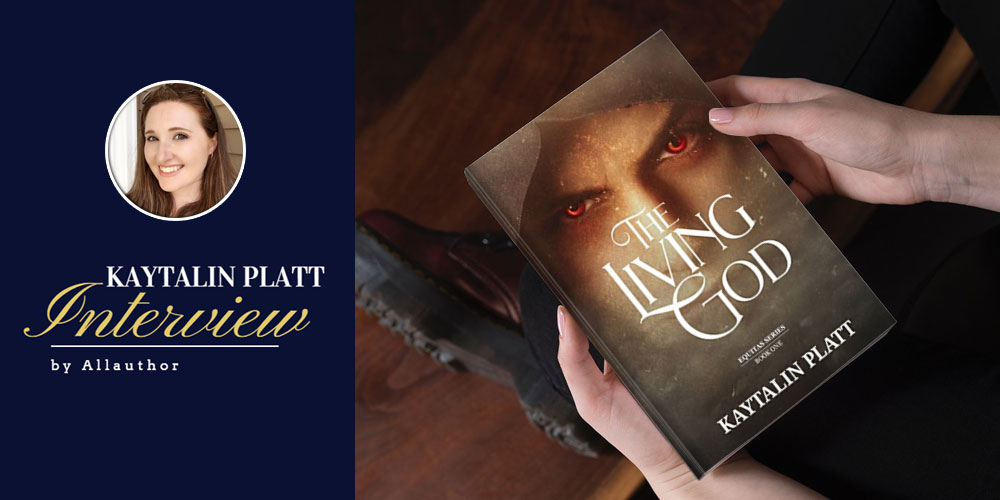 What was it like growing up in southern Alabama? How has your childhood influenced your writing?

I grew up in a quaint rural town north of Mobile, AL and went to a very small school. We had around 30 people in our graduating class. My family didn’t have a lot of money, but we made do with hard work and ingenuity. We had a farm, a labor of love and not very profitable, and I spent most of my time working on it with my dad. He had no sons, so I got treated like the boy in the family, and he taught me hunting, plumbing, welding – I’ve got an eclectic set of skills. But, I think being in such a quiet place, one that really didn’t have a lot going on in it, made me wonder about all the other places I could possibly go, some that maybe did or did not exist. It gave my imagination a place to blossom and fuel to keep imagining beyond what I had experienced to that point.

Are you still in the field of publication? How has this helped you as an author?

I have one foot in and one foot out of freelance publication. I still do publication design work here and there for previous clients, but after my dad was diagnosed with cancer and inevitably passed last year, I stepped away from freelance work. I still have the passion for it, but I realized that time is finite and, with having a marketing day job that takes a lot of time and energy, I wanted to put the spare time I do have into my relationships with the people around me and the books I’ve desperately wanted to write.

What does writing mean to you? Have you always been a writer?

Writing, next to the people I love, is the most important thing to me. It has helped me through some of the most difficult moments in my life, especially after my father’s passing. Being able to describe in words what I’m thinking or feeling, being able to express myself with it, is a saving grace. I have always been a writer and I always will be. I wrote my first short story at five or six and I’ve never stopped.

What are your favorite genres apart from Science Fiction and Fantasy?

Non-fiction and self-help. I am continuously working on growing and self-improvement. I believe we shouldn’t stop learning or evolving as individuals. If we stop exploring the world and what we can learn from it, as well as stop growing as people, then we cease to live… we just simply exist in the ever-changing universe around us.

We are all very excited about the release of your book The Living God. When does it come out? What can we expect from this story?

The original publication date was September, but my publisher, Inkshares, moved it under their main publishing imprint (also called Inkshares). Originally, it was to be published under its Quill imprint, which included a limited release in brick and mortar stores, and primarily through Amazon. But, the book received a lot of praise from editors and the staff. Based on that praise, they decided to move it into their Inkshares imprint and increase the distribution reach to all major channels. Because of that, it has gone through extra developmental edits and will receive a new cover (so the current one will change) and dedicated marketing. The new release date is March 2019.

You can expect a very character-focused experience. I've always found characters to be the most interesting aspect of a story, more so than complicated worldbuilding, economics, and political intrigue. Characters are how we get invested in those worlds, after all. The book centers around the evolution and decisions of three central characters. The choices they make (or don't make) shape the way the series progresses forward, just as our choices shape our own futures. The typical themes of prophecy and destiny so often featured in fantasy are there, but they are second to the choices of those three characters, and to the point that one begins to wonder whether destiny is pre-ordained or self-fulfilling.

What is a Rauke? Did you come up with this character yourself?

Because of the developmental edits, the Rauke’s name has been changed to Oruke. Everything has happened so fast that I haven’t had time to change the marketing materials. I did come up with the character myself, several years ago. I’ve always been fascinated by multiverse theory, the supernatural, and religion, so somewhere along the way I combined them into this otherworldly creature that exists between universes and can only survive in "our world" through a means of possession and taking a human as a host. In The Living God, there is only one Oruke we get to know, but in reality, there are millions of them and they are trapped between universes waiting to be freed.

Can you tell us about the world you created in your book The Living God? What are the major challenges related to world-building that a fantasy writer faces?

The Living God is the first book in a genre-bending series. The Living God, at first, feels very high-fantasy, but you eventually catch on to the fact that there is something different about the world… and then it smacks you in the face. I’ve enjoyed the experiment of merging two things I love, magic and multiverses, but having a book that blends genres is hard to explain, not to mention hard to market!

How did you come up with the idea for The Living God? Do you know how many books this series will contain?

The series is technically written… but when I reworked the first book, so much changed that I have to go and rewrite the others! It will be worth it in the end. The series, when finished, will contain four books. I’ve been working on it for so long that I can’t recall when the first idea came to me. I just knew I wanted to write something that I hadn’t read before and include elements that I’d rarely seen in fiction together up until that point.

How long did The Living God take to write? Are you done writing it now?

The Living God is finished and entering the final round of copy-editing. The series as a whole took ten years to write. But, in between those ten years I was putting myself through college, caretaker to my elderly grandmother, and building a career. I’m in a much more stable place in life, having figured out all the kinks that young people burdened with responsibility struggle with. The foundations for the other novels are there already, so I expect the rewrites will come along quickly.

Did you publish your book through traditional publishing platforms or did you self-publish? What was your experience therein?

Originally, The Living God was going to be published through a blending of traditional and self-publishing. I had entered the book into a publishing contest on Inkshares. The company merges crowdfunding with traditional publishing. The book didn’t win the contest, but it did come in 6th out of nearly 600 entries. Their publishing method works like this: In order to get published, you have to reach a certain number of pre-orders. The Living God reached enough pre-orders to be published under their Quill imprint, which included basic editing and limited distribution. The author, of course, was responsible for all of the marketing. But, as I mentioned, the book received such good feedback from editors and staff at the company that they recently moved it under their main imprint and it will receive the full traditional publishing treatment! It is a dream come true, really.

Do you enjoy reading? If you had to pick one book to take to a deserted island, which book would you take and why?

I love reading, though I find less and less time for it every year. I’m hoping to improve those reading numbers going forward. But, if I had to be trapped on an island with one book, it would be the Hero and the Crown by Robin McKinley. I have loved that book for as long as I can remember and it had a huge influence on my writing.

What are some of your other interests apart from writing?

Aside from writing, I really enjoy annoying my husband by guessing the ending of every show or movie we watch. Okay, that’s a bit of a joke. In reality, I love camping or working with my hands. I enjoy volunteering and helping others, as well as making art. I have a wide array of interests and very little time, so what time I do have I usually put into the people around me, nature, or writing.

Do you have a motto in life that motivates you to work harder?

I am immortal. The phrase started out as a joke. Whenever someone would tell me that I could not do something because I was a girl, or it was difficult, or dangerous, I would wave them off and say, “I am immortal.” As if whatever they said I couldn’t do wouldn’t harm me and, while I do not believe I am actually immortal, I have approached every situation since with a sort of irrational fearlessness. At its basis, it simply means that I refuse not to move forward in life because of any degree of difficulty or risk and that I will always try, even if it is likely I should fail. If we never take steps to move forward, then we are trapped wherever we’ve consciously chosen to stand.

What book ideas are you currently working on, apart from The Living God?

I have several, which is a bit of a problem. I’ve got the next three installments of The Living God series mapped out and partly written. But, I also have plans for a book called The Seven Kings of Purgatory, which involves the central character arriving in purgatory to find that Death is dead and she's been stuck in a cycle of death and rebirth for thousands of years, and The Man of Flesh and Stone, which is a bit Beauty and the Beast meets Howl’s Moving Castle. I’ve got a lot of writing ideas ahead of me, so I’ve got to get on it!

Author Kaytalin Platt grew up in a quaint rural town north of Mobile, AL that gave her imagination a place to blossom and fuel to keep imagining beyond what she had experienced to that point. Writing, next to the people she loves, is the most important thing to her. The author believes that if we never take steps to move forward, then we are trapped wherever we’ve consciously chosen to stand. She has got a lot of writing ideas ahead of her, so she has got to get on it! Kaytalin has always been a writer and she always will be. 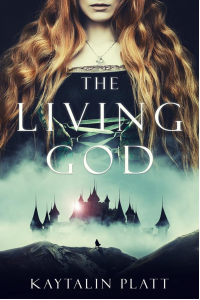