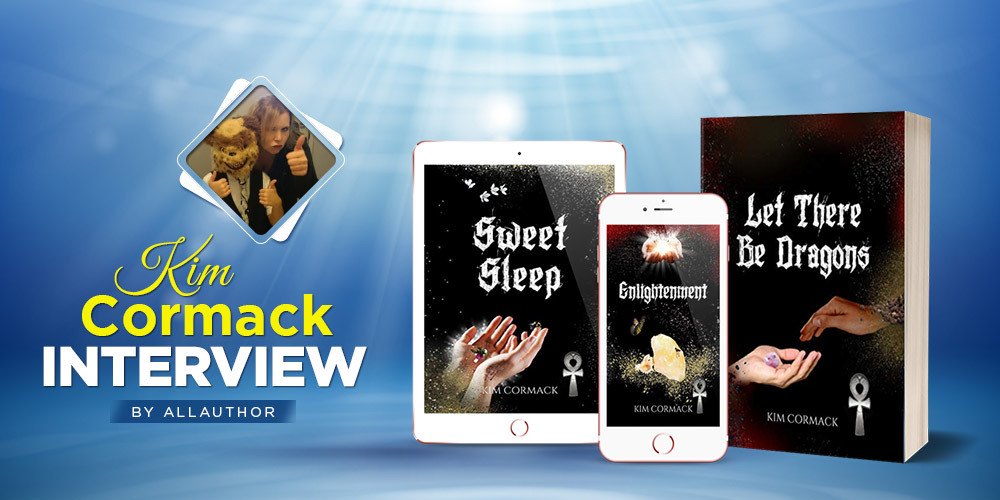 Where were you born? Since how long have you been living in the gorgeous little town of Port Alberni?

I was born in Port Alberni, B.C, I’ve lived here most of my life. I lived in Okotoks, Alberta, for a few years. My son was born in High River Alberta. We moved back to B.C when he was ten months old. He just had his fifteenth birthday, so that was a while ago. I cherish the friendships I made in Alberta.

What is the best thing about being a single mom with two awesome kids?

Being a single mom is never easy but it’s worth it. They are my good humans, I raised them myself. We laugh a lot in our household. I don’t care if they grow up to be brain surgeons, I just need them to be kind, good people who treat others with respect.

Which is your favorite place to be in beautiful British Columbia, Canada?

There are many magical places on Vancouver Island. I’m going to go with my hometown. It’s far from the perfect, it has difficulties like everywhere else, but if anyone is in trouble, we help each other. We go beyond the call of duty in this town. There’s a beautiful lake and mountains surrounding us. We used to have a higher population back when the pulp mill was in its glory days.

How would you describe your experience of working for over 16 years as an Early Childhood educator in preschool, daycare, and as an aid?”

I spent my entire adult working life in E.C.E. There’s something beautiful about continuing to play tag as an adult. We should all take a moment once in a while to see life through a child’s eyes.

What inspired you to start writing? Did your kids read your first book?

The year I was diagnosed with M.S, I had a dream about holding baby chicks in kindergarten. I woke up at one AM January 2009 and texted a children’s book into my cellphone. In April of that year, I wrote Shark Boots on B.C ferries on a trip from Vancouver to Nanaimo on the island. My son was the inspiration for Shark Boots. He wore these rubber Shark Boots for a good six months, and whenever he did something naughty, he blamed it on his Shark Boots.

How did you begin writing the darkly twisted epic paranormal romance series, "The Children of Ankh?"

I had the most brutal nightmare in October of 2009. By this point, I was keeping writing stuff by my bed. The dream started at the slightly open door and ended at the creepy lullaby in Sweet Sleep. A whole universe was born after that nightmare. Just like that, I switched genres and never looked back.

What sparked the idea for your book, "Deplorable Me"?

Deplorable Me is the third book in the C.O.A side series. It’s in the same universe of characters as the Children Of Ankh series with Lexy of Ankh is the main character. By book three, Lexy is starting to do things that make her happy without explanation. In love with Grey who’s been spelt to forget intimacy as he sleeps, Lexy is stretching the ties that bind her to her Handler by seeking pleasure elsewhere. I had Wild Thing and Wicked Thing, I could have gone with another W title, but nothing felt right. I was playing with a thesaurus and thought, Deplorable Me would take a lot of guts to use. I’m Canadian, I’m taking the word back. I play chicken with my moral compass, it’s a thing. “Do one thing every day that scares you,” is a quote beside my computer. I can almost picture Lexy raising her hand, saying, “Deplorable and proud of it. Bring it.”

Wild Thing is a spin off series from the Children of Ankh series. What inspired the plot of this story?

I rarely know what I’m doing when I sit down to write. I had a rough character outline for Lexy from the main series. I removed hilarious snippets from Enlightenment to avoid head-hopping and knew Lexy needed her own series. Wild Thing was written while waiting for release information for Enlightenment. This book deals with subject matter so dark, I wasn’t sure I was brave enough to put it out there. Staying true to the story my imagination fed me without changing ages or altering triggering traumatic events took guts. Lexy of Ankh has been described as unapologetically feral. Wild Thing, Wicked Thing and Deplorable Me are all a continuation of Lexy’s story. She’s a badass female superhero, who is stone-cold feral in her Dragon state. Dragons, in my series, usually refer to a warrior who has been so traumatised they shut their emotions off in a fight.

Can you tell us about the kind of research that goes into writing a supernatural suspense book?

Someone at Google has me flagged as a serial murderer for sure. My characters are immortal. Their souls are branded by their Clan, prohibiting them from entering the hall of souls when they die. They remain in the in-between until their mortal shells have been healed by their Clan’s Healers. When they’ve been injured fighting something, I’m looking up nutty things like, how long does it take you to die from being drawn and quartered. How long will it take someone to die if they’ve been stabbed in the liver? How long will it take you to die from________ (It could be literally anything if you’ve read the series. The Immortal Testing is like a thousand ways to die.) I look up crazy stuff like, I need a large jungle cat tranquillizer to take down an immortal. Where can I buy spray Chloroform? This week, I looked up chemicals that kill someone when mixed in a hair studio. I have fun with my magical realism.

How do you think the character of Kayn developed throughout the series?

Kayn started out as a normal girl. Her twin had an ability, but she didn’t. She was into track and field, goofy and extremely likeable. Her twin triggers a Correction by altering mortal lifepaths and Kayn is the only one in their family who survives the extermination of their family line. (Correction) A normal, accident-prone girl is thrust into an immortal life she can’t comprehend and granted a second chance if she agrees to become a sacrificial lamb for the greater good and evolves into the powerful being, she was destined to become. There are tons of laughs because being immortal doesn’t alter the fact that some people are just accident-prone.

My younger self was a songwriter with many deeply traumatizing hurdles ahead. She made sacrifices time and time again and gained wisdom in the aftermath. You don’t write a series like this without plenty of trauma to pull from. I’d tell my younger self; the pain of this life will make you stronger than you’ve ever dreamt possible. I’d tell her she’s going to learn to adapt to anything this life throws at her, and when her biggest hurdles come, the imagination she’s been forced to stifle will be what saves her.

I have The Repopulation Project, a few others on standby and tons of children’s books. I owe a few books in this universe first.

Where do you see yourself as an author in 10 years time? Are there any goals you hope to accomplish by then?

M.S is a day to day survival thing. I try not to think too far ahead or want anything. I need to be happy where I am with what I have. Right now, I have three working fingers, I’m hoping that doesn’t get worse so I can keep doing what I love. If we’re talking dreams, I’ll go with a large publisher so there would be financial backing behind the series. Maybe a T.V series? It would have to be produced with no fear and a wicked sense of humour.

I’m down the rabbit hole writing, Tragic Fools, book five in the Children Of Ankh Series. I’ve been laughing my ass off or genuinely traumatised every day while writing, it’s going to be awesome. For those of you who want to catch up, it goes, Sweet Sleep, Enlightenment, Let There Be Dragons, Handlers Of Dragons, and Tragic Fools. I have no plans to stop writing in this universe any time soon, I’m having too much fun.

What do you like the most about AllAuthor? What products or services do you wish we carried?

Affiliate marketing would be cool. No financial gain for the author, just All Author credit for cross-promotion. Maybe a reviewer’s list to do book giveaways on? Bloggers, vloggers, podcasts or authors on any format willing to participate in a tour sign up list or post exchange?

I love the gif maker. A quiz maker would be cool. Charge a ten-dollar fee to use it on the same schedule as the other products. Authors are nickel and dimed to death, they don’t want to pay per month to own the program if they’re only planning to create one quiz, but I bet they’d try it if it was a marketing option on your site. I know, I would use a quiz maker. I’d also like to be able to switch out the background and alter the format of the question gif maker. Maybe have one blank one where you can switch out each prefilled line? A flipbook gif maker for advertising would be cool. Author’s could embed the coding into their website or blog. If you could read five maybe even ten pages and link from the author’s website back to their Allauthor account, it would drive traffic to your site. I should stop, I’ll be sending ideas all day.

Kim Cormack is a wonderful author, and her fantastic personality shows forth in her books. Kim has a talent for building up the tension and creating a tone throughout the novel that makes readers want to stop time and just read. She has a great way to tap into the dark sense of humor and make jokes about murder sprees. 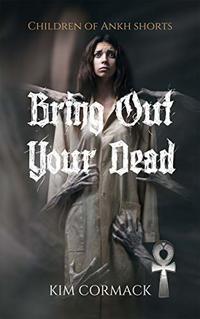 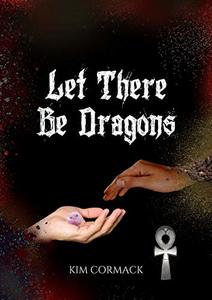 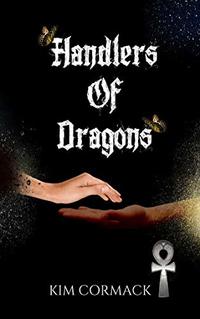 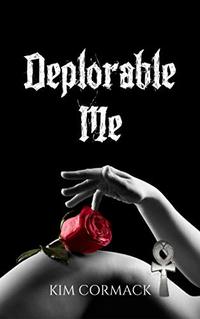 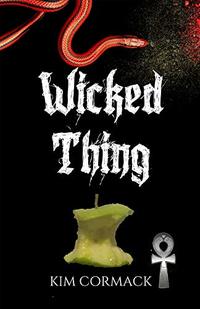 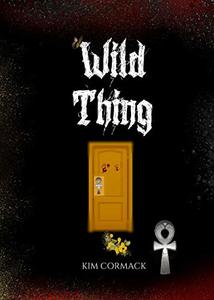 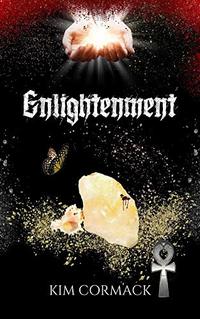 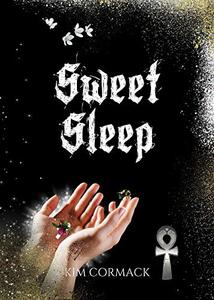