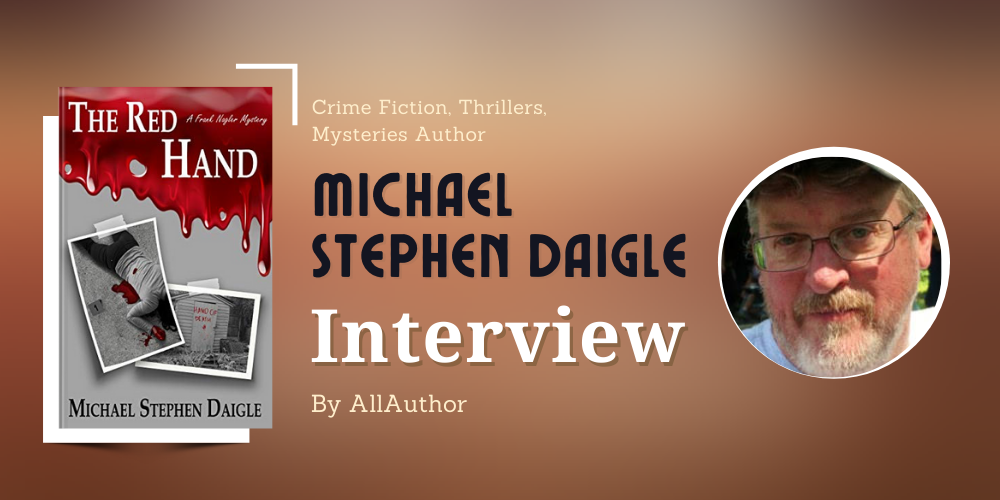 How would you describe your childhood while growing up in the Northeast U.S.?

I moved a lot when I was growing up, a pattern that continued into adulthood. My father was at the end of his military career when I was born and we lived near Boston, Mass. for a while. Then my parents bought an old tourist hotel in a small town in Maine and we lived here for several years until they divorced. We moved to New York state, and I attended college there, before moving back to Boston after college. I lived around eastern Massachusetts for decade or so, before heading back to Maine for a job, then to New Jersey. Many short stories I have started or completed reflect this footloose life. Frank Nagler, my cop hero in the series of that name is a loner, which also reflects that upbringing.

What is an early experience you had that made you realize your love for literature and writing?

My inability to write song lyrics for my high school garage band. So I wrote short stories instead. One of the first stories I wrote was about a little band that traveled using a school bus. When the Partridge Family TV show premiered, I thought my writing career was over.

When did you start writing seriously?

I was always writing something. In college I managed to get a degree in part because I could string words together. There was no “ah-ha” moment. I just started writing.

What hobby do you miss most from your childhood? Why?

Playing baseball every day and playing in our band. Baseball was what we did. We played in yards, in streets and eventually on fields. We could play with three people. The thrill of chasing down fly balls still sticks. The band at the start was three kids on the porch of my mother’s house. We were, of course, some of the millions of U.S. kids who wanted to be the Beatles. We got pretty good, but were too young to play in bars, so we played high school dances and parades and the like. It was just the playing, the experimentation and the creative energy that made it work.

What inspired you to write your first novel at the age of 22?

The first book I wrote, “Welcome to Gokey Manor,” was based on a summer during college I lived in a boarding house in Syracuse, N.Y. Typical coming of age stuff. I showed it around, but because of youthful ego and moving a lot, I didn’t follow up. I read some of it recently and it’s not as bad I thought. It’s salvageable. The trick is to maintain that vision of a 24 year old and not a story revised by age.

How did you create the idea for your book "The Swamps of Jersey"? How long did it take you to come up with the name/title?

“Swamps” emerged from the effort to re-write “A Game called Dead,” which had been drafted years before. The title came easily because the opening crime of the story is a murder that takes place in a swamp, The Old Iron Bog. The swamp was also a metaphor for the political and police corruption that permeates the story. The story changed after a real-life event. I was a reporter in Dover, N.J., and I had a conversation with the real mayor about the town’s economic outlook. He yelled at me, as usual. I went to the central park and watched the scene. People were painting houses, fixing streets, repairing the library, and I thought. “There’s more here than meets the eye.” So I wrote newspaper story about that. The thought returned, though, in the voice of a woman, who became Lauren Fox, the quiet hero of that book. I recreated that bit in the actual book, with detective Frank Nagler recalling Lauren’s phrase as he figures out what the clue meant.

When writing "A Game Called Dead", what kind of people did you meet or talk with?

For the first draft of “Dead,” which I wrote when I was 24, I just wrote it. I had never written a mystery/thriller before, or written anything for that matter. I had read a few Los Angeles noir stories but was not what you’d call a fan. It was just the challenge of writing a story with complication and characters. One basis for that story is the John Updike “Rabbit” stories where the connection between the town and the main character is tightly drawn. Later, when I rewrote it, I had been a newspaper guy for decades and just had grown up as a person and a writer. The second version of the story reflects those changes.

Which book took the longest to write in The Frank Nagler Mysteries series?

The last book in the series, so far, “The Red Hand,” took the longest to write. I had planned to write a prequel to the series, and thought, well, how hard could it be? It was hard in part because I knew everything that was supposed to happen, and in what order. It was like note-taking. I had to rethink the entire process, which added six month to the work.

What are some things you do to clear your mind and help you concentrate when you write?

I’m a news hound, so I begin the day by scanning the Internet for news. Try to get it out of the way. Thanks to writing on newspaper deadlines, once I sit down to work it comes quickly.

Do you often get book ideas at random moments? Or do you have to take the time to sit down and think about what to write next?

I do both. Since the Nagler books are a series, the challenge is to make them have a “today” feeling, so I try reflect such happenings in the story. For example, the current work in progress involves a gang whose origins go back to the early labor/management battles in the U.S., but in modern times has become something of a terrorist organization.

After appearing at a book fair, I received an email from a woman who had purchased all three books out at the time. She said she had read them back-to-back- to-back. That was astounding.

How much of your time does writing take? Or how many hours in a day and days in a week do you write?

I don’t set a schedule to write, but generally write every day. It’s a habit, and one reinforced by my newspaper career, when I went to work daily anticipating that I would write something, and often many things.

Looking back at your first novel, how do you think you've grown as an author since then?

When I started writing books I was winging it. I had no formal training, had not studied fiction writing, but just had the confidence that I could do it. All stories have a beginning, middle and an end. How you get there is a matter of choice. All these years later I have studied the craft, spend years writing and grown as a person, all of which is reflected in the work.

I have probably fifteen or more ideas kicking around, from short stories to novels, non-mystery stories. I also have ideas for the next Frank Nagler mystery. One novel story is called, “The Year the World Came to Mount Jensen, Maine.” It is about a group of billionaires trying to buy a small Maine town. It involved haves and have-nots, family conflicts, and kids who stage a paintball revolution.

What has your AllAuthor experience been like so far? What are some highlights?

I am grateful to AllAuthor for the opportunity to expand potential markets through the several programs that are offered. This interview is a splendid example of a way to expand my ability to discuss my work and writing in general.

A writer and journalist, Michael Stephen Daigle has had an award-winning career in journalism. One of the first stories he wrote was about a little band that traveled using a school bus. Having published multiple novels in the crime fiction and mystery genre, Michael is the author of the award-winning Frank Nagler Mystery series. His characters are strong and convincing, and the plot is unpredictable, with sudden twists that take the reader by surprise. 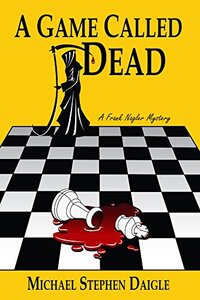 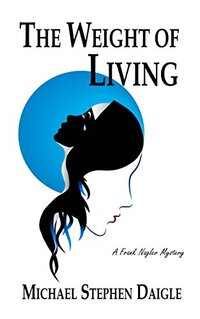 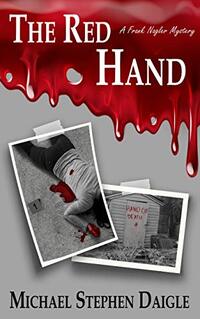 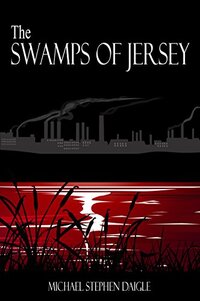 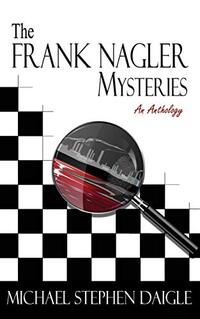