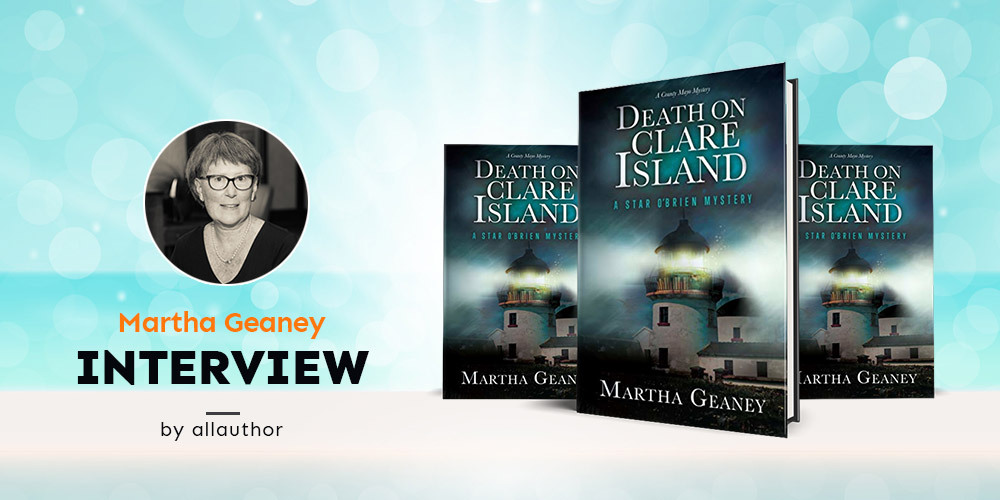 Where did you grow up? Do you think your background has colored your writing in any way?

I was born in New York City and lived in the Bronx until I was eight years old. Then, my parents moved our family to a small town – Lincoln Park – in New Jersey. When I was sixteen years old, we visited Ireland on a family vacation. I remained behind to attend boarding school in County Mayo, Ireland.

Yes, my background has influenced my writing. My parents are both from Ireland. I’ve been visiting there since I was four years old. I love the people, the culture, and the beauty of the landscape.

Who or what first got you interested in Mystery genre?

I have been reading mysteries since I was a pre-teen. Like most people my age, I had all the Nancy Drew books. After I read them, I borrowed my brothers’ Hardy Boy books and read them. I love trying to solve the puzzle that a mystery presents.

I have been writing most of my life -- just not fiction. I have a Ph.D. and so published a dissertation and journal articles. Several years ago, I decided I wanted to try my lifelong dream of writing mystery novels. So, here I am. It has been a joy and a learning experience. I am always taking courses, participating in writer groups, and seeking to make my fiction writing as good as I can.

What is the most ideal setting for you to write in?

Ideally, I would have a writing cottage where I can be alone for long hours. However, I have a small writing nook in a spare bedroom where I do most of my writing. I also write at my kitchen table so that I can be accessible to family members.

What inspired you to start writing the Star O'Brien mystery series?

When I decided to write fiction, I knew I had to set my novels in Ireland. In addition, I love and only read mystery novels that feature strong female sleuths. So, naturally, I decided upon the fiercely independent amateur sleuth, Star O’Brien.

How much time do you spend while "location scouting" trips to Ireland?

I try to visit Ireland several times a year. The places in my books are real. They are places I have visited often.

How was the idea for "Death on Clare Island" born?

One beautiful summer day, I took a ferry to explore Clare Island. During the day, I walked along the various walking trails, enjoying the view of the sea and the landscape. A “what if” idea formed in my mind. What if a strong female information broker, Star O’Brien, was on the island looking for her mother, who’s been missing since Star was six. Then, what if Star is pulled into solving the death of a young artist who is found on Clare Island’s beach.

Who inspired the character of Star O'Brien?

A trip I made to Achill Island one year was the inspiration for the name “Star O’Brien.” There is a gem stone found on one of the mountains on Achill that is called “Star”. I bought a pair of earrings with the gemstone and decided that would be a good name for my female protagonist. I chose O’Brien for a surname because of the initials that Star’s name makes: “SOB”. I don’t mean this in a profane way – just as a way to define the character as fiercely independent and persistent.

I write for female readers who fall into age groups over the age of 60. My readers love a strong female amateur sleuth as well as the setting for these Irish cozy mysteries.

This can be tough because as a new fiction writer, positive feedback is so appreciated and critical to my success. Once in a while a reader will give a low star rating on Amazon and Goodreads without saying what he/she didn’t like. I try to ignore those ratings because there is no reason given for the rating. Instead I focus on the five-star ratings I’ve received and the readers who like my work.

What was the most helpful tip you learned after reading "Guide to Writing A Mystery Novel"?

Yeah, I like this book because it clearly set out and described many examples of the components that go into writing a mystery novel. I especially liked the chapter on naming your characters and thinking about the associations you want readers to have with the name of the character. I am using this tip in the Star O’Brien book that I’m currently writing.

The characters are critical – especially the protagonist. In my novels, Star O’Brien is fiercely independent. She is also a voice for the dead, the missing, and the lost. The reader has to identify with the protagonist’s journey and search for goodness and truth. Then the supporting characters in the series are also important. I’ve created a character – Aunt Georgina Hill – whom many readers write to say how much they like her.

My goal is to develop a following of Star O’Brien fans who cheer her on through her journey. The story of my success is still being written.

How much time are you spending with your schipperke, Turlough during quarantine? How do you usually keep yourself busy?

I spend many hours with my schipperke, Turlough. One morning a week, he and I go to an agility practice field where we go through a premier level agility course which includes weave poles, jumps, tunnels, and various other obstacles. We also walk about two miles each morning. The rest of my time is spent writing and taking care of my home and husband. He’s had a stroke and is visually impaired so he requires my care.

AllAuthor provides weekly banners that I can use to post to my social media accounts. I really appreciate all the authors who are on the AllAuthor platform. It’s a place to support each other as well as tell our stories to readers.

Author of the Star O'Brien mystery series, Martha Geaney has entered the writing world with her debut novel, Death on Clare Island and is all set to create records with her gritty and beautiful style of writing. Her books are a perfect combination of spine-chilling mystery, excellent writing, and in-depth character development. Martha Geaney has a very sophisticated writing style that can only be experienced by reading her book. 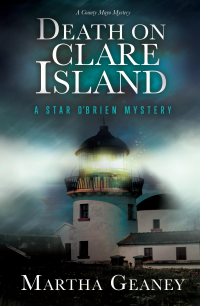