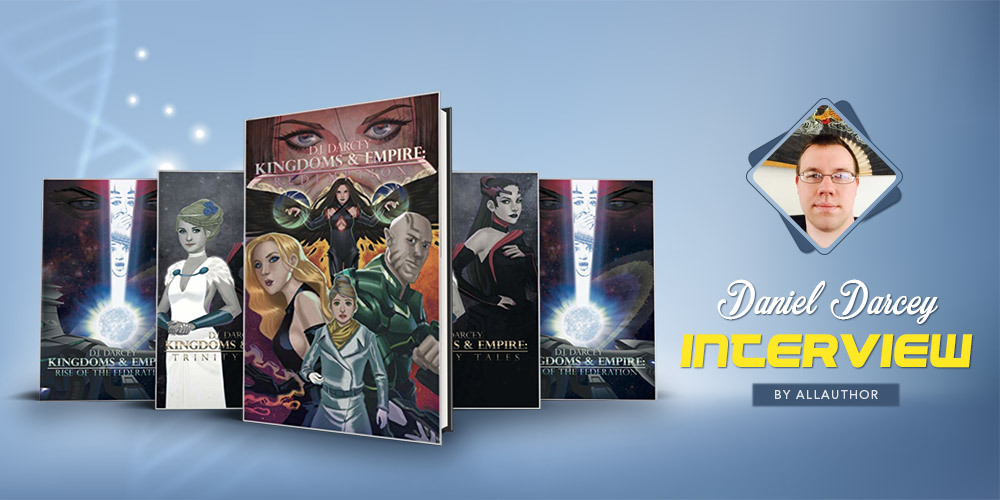 Tell us a little bit about your childhood and where you grew up.

Well I was born in Monterey California. I then lived in Detroit Michigan for a few months, and then my younger years in Las Vegas Nevada, My teenage years in Sacramento California. I went into the Navy in Great Lakes Illinois, I eventually ended up in a town north of Seattle Washington.

At what age did you write your first piece of writing? What does your family think of your writing?

I’d say I got the first inkling of writing during my high school years. We were studying the different genres of stories in English class. Also I hated English but it ended up being one of my best classes. I wanted to see what would happen if I fused to unnatural genres together. Traditional fairy tales and contemporary science fiction. At first this was a project I did in private. And when I enlisted in the Navy I continued writing in my free time to take my mind off the boredom. Major rewrites and new ideas came during this time. And I eventually became confident enough to let others read with I wrote.

What other things do you enjoy doing in your free time apart from writing?

What does reading, writing, and literature, in general, mean to you?

Its an art form that I can do. Since I cannot draw, I can write.

What is your ideal setting to write? How often do you get the chance to write in it?

In my room, but also in a private place. The amount of time I spend on writing varies from day to day. I like to listen to music to help me write and inspire to write a scene.

How did you begin writing the Kingdoms and Empires series?

The beginnings of Kingdoms and Empires I would say truly began during my high school years as I started to imagine a clash of genres. But as for writing that started during my time in the Navy. It took me in all 16 plus years to fully develop the story so far. In a way I’m still working on the surrounding story. Kingdoms and Empires series is still on going, but the core 4 novels are finished and available for enjoyment.

What draws you in the most about science fiction? When and how were you first introduced to it?

Science Fiction is a window in so many possible futures. Both fantastical and scientific. Star Trek was my very first introduction to science fiction. More specifically Star Trek the Next Generation. I was very little at the time and I enjoyed the music and wisdom that Star Trek gave about a more positive future.

Who inspired the character of the beautiful and wise Princess Asora in "Kingdoms and Empires: Dark Rage?"

Princess Asora was originally an amalgamation of Disney Princesses and Starfleet Captains from Star Trek. Then i tweaked her personality further and made her more unique. I also wanted a Princess that was more wise then beautiful, but also tough like a Marine. She was a lady that could fend for herself, but at the same time needed her friends. She has a number of flaws that make her more believable. And I wanted a character that was believable. Asora gets angry, impatient, and at times intolerant. She is still young and is developing and growing as a character.

If you had to choose any one among the Utopian Kingdom and the Darkcon Empire, who would you choose to support in the war? Why?

This is a question that Princess Asora confronted at one point. I would say the Utopian Kingdom. It has the most resources and is able to be bent. Countess Marien, Asora’s mother holds enormous power and the Utopian Kingdom is a union of states like how the UK is. The kingdom needed better leadership and Asora understood that. Also later on its found out that the Utopian Kingdom had a very ancient alien defense system that slowed down a new alien superpower, the Federation. While I love the Darkcon Empire and they deserve better, they need a too vast a reform that would have been deadly to most nations. And that their leaders tended to eventually go mad. Darkcons liked to fight too much and so much resentment can drag down a nation psych.

How did you begin writing your book, "Kingdoms and Empires: Trinity Tales”?

Trinity Tales was meant to fill in the gaps between the novels Rise of the Federation and Redemption. Trinity Tales was also a continuation of Rise of the Federation. The second novel was very long and I cut out three subplots that were actually important to the story overall and made them into a single novel on their own. It also gave a what if scenario. That what if scenario was: What if Asora joined the Federation. I played with this scenario for nearly a year before I settled on a possible outcome. Alternate timelines are both fun and confusing all in one.

If I ever did come up with writers block I’ll usually leave the work alone for a few days. Then I will think of what kind of music that match the scene in the chapter.

What are some of the things you know now that you did not know when you first started writing?

Advertising is super expensive and that there were many alternatives to getting a novel published. Getting a book out into the world is not expensive at all as I found out years later. But still advertising is expensive.

This is how a met my girlfriend. She is an avid book reader and reviewer. She read it and this was the first fantastical science fiction that she ever read.

Which is the next book you are writing? What are some goals that you wish to accomplish with this book?

I am currently working on 3 prequels for the Kingdoms and Empires series. I go back in time before the core 4 novels. The first prequel novel revolves around Asora’s mother, Countess Marien and the biting origins of the various peoples in the Utopian Kingdom and Darkcon Empire. And it explores where they all are int he universe and when. This novel is almost done, it needs editing. The second prequel novel is about the Federation and Pro-Counsel D’var and what life is like in the Federation. How its systems worked and culture. This novel is currently being written. The third prequel novel I am currently plotting out. This one goes further back in time to the creation of the Utopian Kingdom, and the Darkcon Empire. The events that lead to the Great Sundering which was the Utopian Civil War that lead to the creation of the Darkcon nation. And the Great War that took place thousands of years later between he Utopian Kingdom and the Human Consortium. The Utopian Kingdom is a magical fantasy nation, and it has serious problems fighting technologically advanced foes like humans and much later the Federation.

I do plan a series of sequels novels foe the Kingdoms and Empires Series. These are still in the planning stages. Once the prequels are finished and published, I will start serious work on the sequel series. 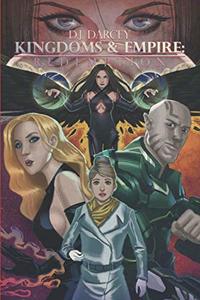 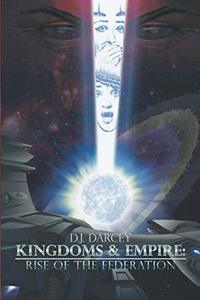 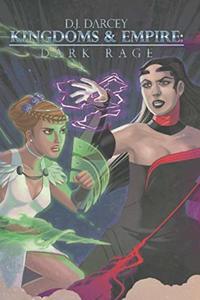