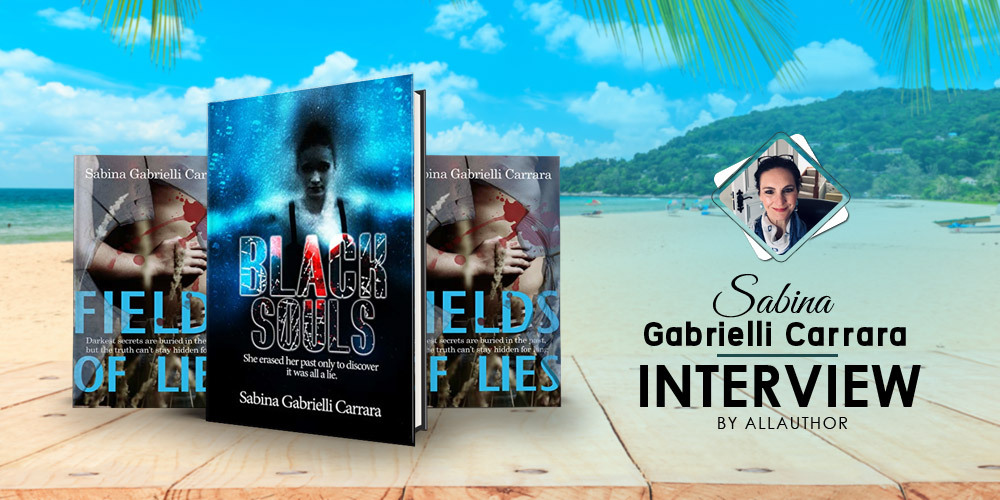 What do you miss the most about your childhood?

The total unawareness of other's judgement.

When you were growing up what was your dream job? Is any part of that still true?

Writer since I read Little Women when I was around 7.

Do you think holding a degree in History and Philosophy has helped you shape into a writer?

Maybe not directly but for sure it shaped my mind and taught me to look at things in deep and with imagination, that sure it is a plus when you have to shape characters and scenes.

What encouraged you to quit your job and go back to writing?

To be honest, my job was quit before I went seriously back to writing and for practical reasons due to the family, but what brought me out of my shell and made me go back to writing nearly full time was rediscovering, thanks to a diary, how good it felt.

What inspired you to write "Fields Of Lies"? What’s going to surprise people about this book?

Anything around me is an inspiration. Everyday life offers plenty of ideas, you must just listen to them. Fields Of Lies was born after driving every day the same hills I started to wonder what were the stories behind those gated houses in the area and my imagination then took over. I suppose the most surprising thing about Fields Of lies is how close to home it is. It could easily be a real story just a bit fictionalised.

What sort of person is going to love the character of Bernadette in "Fields Of Lies"?

I suppose any average middle-aged woman. Bernadette is real in her feelings and behaviours and so are the rest of the characters. They could be you or your next-door neighbour.

What challenges did you face while writing your book, Black Souls?

The idea behind Black Souls was since the beginning very clear in my mind but when I sit down to plot it I realised it was not so straight forward, practically and so it was a bit of a challenge to structure it but then it wrote itself.

What made you decide to set "Black Souls" in Ireland and Italy?

It wasn't planned but then I looked at some old pictures from when I was a teen and we were holidaying over summer in this nice town in the Dolomites and I thought.... "that lake screams for murder" and voila', Lola had to be Italian. I also liked the idea of an Italian detective, to be honest.

Who inspired the character of Shane Flynn in "Fields Of Lies"?

Shane is 100% fictional but there are some details I borrowed from a cousin of mine.

Can you provide an outline on the most effective way to develop a thriller story?

You need a dirty secret, someone who holds it and someone who threatens to expose it, sprinkle everything with some murders here and there and misleading hunts and you have your story.

What has been your greatest accomplishment as a writer so far?

Put my face out there, expose myself and feeling more proud than afraid of doing that.

If someone was going to make your life into a movie, who would play you?

Who would accept to play me I don't know but who I would like to do it are Emily Watson, Helena Bohem Carter or Kristin Davis

What do you do when you’re not writing?

When not writing I am a full-time mum of two girls and three dogs so basically I spend my time driving and emptying the laundry basket. Yoga keeps me sane in all this.

When can we expect the next book in The Seacross Mysteries series?

"The Last Witch" is already a work in progress and hopefully by summer.

How has your time with AllAuthor impacted your life and your writing so far?

I will be forever grateful to that fellow author who introduced me to it. It is a great help and a way to connect to a fantastic community of writers and readers, I wish I had more time to spend online.

Sabina Gabrielli Carrara does an excellent job of establishing tension and intrigue in her suspense books. The writer is so skillful in its plotting and characterization. Her writing is fluid, descriptive enough, focusing mostly on dialogues that connect you to the characters. When not writing she is a full-time mum of two girls and two dogs. 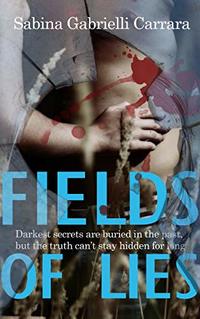 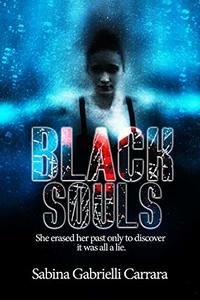 Black Souls: She erased her past only to discover it was all a lie. Genre: Crime Fiction, Thrillers, Suspense, Mysteries