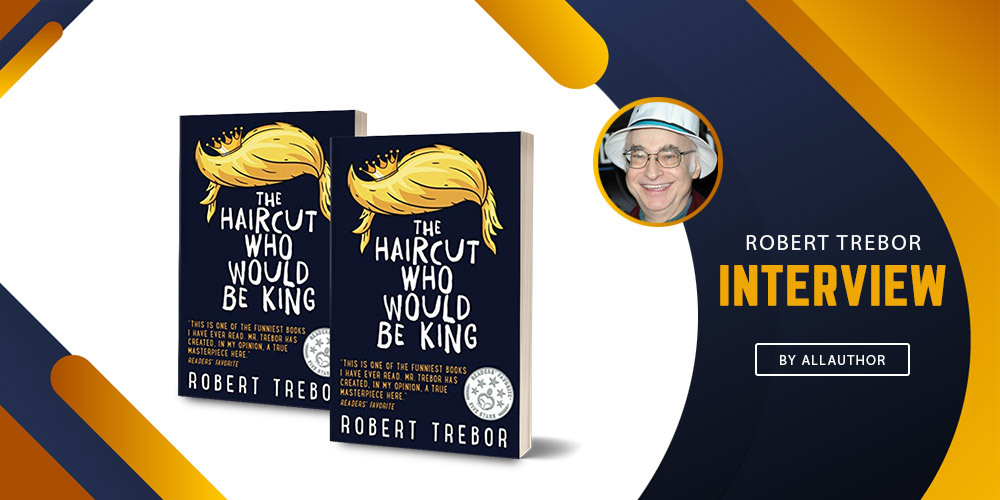 As a child, did you ever dream of becoming an actor?

From the age of 10, after seeing Jack Lemmon in The Days Of Wine And Roses, I decided to be an actor. It was more of a desire than a dream. I wanted to have the affect on others that Jack Lemmon had on me, an indelibly moving imprint.

How did you get the role of The Son of Sam in the film Out Of The Darkness?

I auditioned for the producers, the director, and Martin Sheen. It helped that I had already played Berkowitz off Broadway in "The New Living Newspaper," and a critic wrote "Producers note: when you cast the Son Of Sam film, there is nobody, but nobody except Trebor for the part. He not only looks like the killer, he really gets his twisted psychic identity."

What was the biggest lesson you learned in those 40 years of being a character actor?

Getting the role is usually the most difficult part of the job, and enjoy the work when you get it. Whatever project you take on, always give everything you can to make the work better, regardless of size, budget, or fun perks (per diem, first class travel, press attention, character merchandise, etc.)

Where do you enjoy performing the most - stage, film or television?

For the pleasure of exercising the craft and direct audience response, the stage. For salary and breadth of worldwide impact, film and TV.

What challenges did you face while playing the character of a psychopath?

There was an important technical shift in energy I had to make from playing Berkowitz during the day, and playing seven characters in the wacky Shel Silverstein comedy The Crate off-Broadway at night. Berkowitz was quiet, contained and actually had a lot of power (everybody wanted to know about him and why he did what he did). The seven characters were all comically desperate, powerless and sweating a lot. One of them, Jimmy Jackie which Shel wrote specifically for me, was a comedian who had to audition for God in order to be able to live. The concept was God thought there were far too many comedians around, and only ten would be allowed to survive.

What inspired you to start writing, "The Haircut Who Would Be King"?

The shocking, somewhat nauseating fact that Trump had been elected to the White House. I had to put that revulsion somewhere and writing a satire seemed like a good place. I laughed while writing it, and I hope readers will laugh a lot while reading it.

What are the other activities apart from writing you like to indulge in your free time?

I watch a lot of movies and go to the theatre a great deal. I also watch CNN and MSNBC about the political morass to keep me focused on the need to sell my book.

Which is the best review from a reader or a fellow author that you have read about your book?

Well, the one I have plastered on my book cover is pretty good, "This is one of the funniest books I have ever read. Mr. Trebor has created, in my opinion, a true masterpiece here."

Is there anything from the past you wish you could do differently? If yes, what is it?

I wish I could have landed an A list agent early in my career with whom I could have stayed the distance in the long run.

I hope "Haircut" sells and makes a small difference for the 2020 election. If it does, I have another book I've finished, And They Pay You For That?? An Actor's Unreliable Memoir, that I hope a publisher will pick up.

Kirkus Reviews has stated "...his engaging, charming voice creates a story that feels extraordinary...hilarious conversations from an actor's life."

What is one of the most difficult tasks involved with writing Literary Fiction?

It's all open and up to you to create the rules and boundaries in which you can play with your story. Non-fiction has research and facts that constrain you somewhat.

The book's not going to write itself. Stay at it and don't be too critical with your first draft. Just get it on the page. Get it out there, and have a trusted friend/partner to read it, who won't just blow smoke, but who'll be constructively critical.

My book's not a best-seller yet, so I don't think I have any marketing tips to share.

Maybe hire a good book publicist if you can afford it.

What are you currently working on? What are some of your upcoming books?

The memoir to which I referred in question 10. I mulling several ideas, which I won't mention here. It's always best to have completed a piece before you talk about it.

It was a referral from the ALLi site; you received the "green" sign of approval, so you seem to be doing a fairly good job.

Robert Trebor is a character actor with more than 40 years of experience on stage, film, and television. From the age of 10, after seeing Jack Lemmon in The Days Of Wine And Roses, Robert Trebor decided to be an actor. He watches a lot of movies and goes to the theater a great deal. He also watches CNN and MSNBC about the political morass to keep him focused on the need to sell his book. He hopes "Haircut" sells and makes a small difference for the 2020 election. 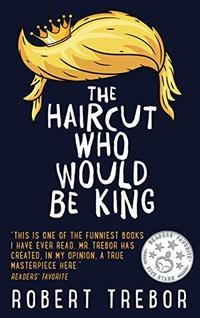 The Haircut Who Would Be King Genre: Literary Fiction, Humor