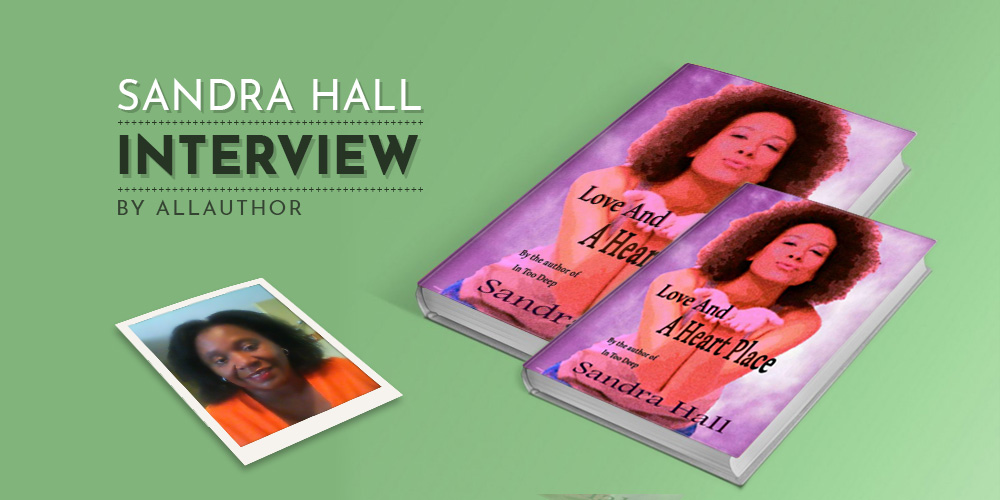 Where were you born and brought up? What is your favorite thing about the place?

I'm not sure exactly where I was born though it was somewhere in Arkansas. My family moved around a lot because my daddy was constantly looking for better jobs than working the fields. By better, I mean more money for a growing family. Around the age of five, we settled in a small town in Southeast Missouri after my daddy became a steel worker.

What I enjoyed about growing up in Caruthersville is the southern traditions mixed with country living in a mid western atmosphere. Walking around barefoot, knowing almost everybody in town was nice.

Where did you go to college? What did you study?

After high school, I didn't really know what to do. I was kind of tired of school, or rather the structure of it, so I went to the Marine Corps for two years. It was an experience and I'll leave it at that. I finally went to college in Memphis, Tennessee and did some hours studying Education thinking I wanted to be a teacher.Eventually, I quit, deciding I'd rather work full time.

When did you develop a liking towards writing? Do you remember the first piece you wrote?

Since learning to read, I was in love with reading for entertainment. In fifth grade my reading and English teacher introduced me to creative writing. We wrote comics and short stories and poems. Each week she chose stories to post in the hallway on the bulletin board, mine were usually there and that's when I realized I had something creative in me I could share with people who were interested in what I had to write. I liked knowing I could do that because I was just average in other things like cooking, designing, etc.

You worked in the United States Marine Corps. What is the most valuable thing you took away from that experience? You lived in South California for a few years. Why was that? How did you like it there?

I didn't particularly care for being in the military, but I was introduced to so much and found out what the world is really like. As a Black woman, I knew about prejudice and racism in America. In the corps, I got it right in my face and full force. However, being in South Carolina and then Southern California meeting so many people from different places and walks of life was a rewarding experience. I learned who I was and could be rather than what I was raised up to be. I loved California and stayed there after released from the Marines for several years, but after my daddy's demise something made me want to go home. Once home, I began to write like I meant it. That something told me, Sandra you know you want to be a novelist, so get to writing your first novel. My first novel was Cheap Red Wine. I was thirty nine.

All your books, irrespective of the genre, have a touch of romance. Does this stem from a bigger belief of love being a part of everything else in our lives?

I have a romantic nature and I believe in true love. Whether it lasts forever or a few weeks, it's love and should be appreciated and honored. The idea of realizing who or what you want, and going after it is adventurous and beautiful. Everyone should experience it at least once in their lives. I understand why sailors claim they are married to the sea, or their mistress is the sea. It's about the life they love and never want to give up. I write about love and try to make it an on going adventure. I don't know if I can write a story and not include romance because I don't see the point much in reading something unromantic.

Which review of your work has really warmed your heart? Which book was it for?

One book review I've gotten that warms my heart is for Just To See Him Again. It's actually the only review I've gotten for it to date but still it's special. This story was all I wanted it to be and this reviewer got it. In the review she talked to me, told me I was an artist. First time ever someone told me that! And then she said I made her cry. To make someone laugh or cry or even mad means the story touched them. And that makes it art to me. Well, I was glad to read her review because it was the first one and she told me why she loved it and thought it was beautiful.

When you write women’s fiction, how do you intent to portray your women characters in the story?

When I portray my main characters who are mostly women, I try to make them true. Every woman is not strong or even a good person sometimes, but I want her to be a woman anybody can recognize and be entertained by her actions or her storyline.

Of all the books that you have written, which one did you enjoy writing the most?

If I have to say what story I enjoyed writing the most would have to be In Too Deep. I explored how far love could take someone knowing he wasn't in the other person's best interests. This male lead wasn't the typical male for me. In other genres, he'd be classic. I wasn't trying to make the reader love him but maybe understand him as a kind of modern day Heathcliff or something.

‘Just Like My Coffee’ has an interesting storyline just like its title. How did you come up with a character like Jolene? Did someone from your real life inspired it?

In Just Like My Coffee, the main character, Jolene is part me and someone else. The way she was close to her mother, and the way she wasn't prepared for the mother's death is similar to my own experience. Jolene came from wanting to create a woman who is flawed, possibly damaged, misunderstood, and yet has enough qualities to attract a good guy and somehow keeps him attracted to something about her.

How was the plot of ‘Love and a Heart Place’ born?

The plot for Love And A Heart Place was born from another story idea I was writing and half way through I didn't like it. I had to soften up all the characters which became a complete rewrite.

Where did you get inspiration for the character of Valentine in ‘Love and a Heart Place’?

Valentine started out as this miserable person and a lot older. She was based on a family member who blamed everything gone wrong in her life on her parents. I started imagining how her life could have been different if she'd treated people nicer and exerted a little more effort into going for what she wanted. Valentine, in Love And A Heart Place, is the result of a younger woman who is headed down the road to bitterness but saw a chance for love and went for it.

Out of the three books in The Fairlight Novels Series, which one was the most challenging to write and why?

I'm loving writing The Fairlight Novels series. Of the three books, the most challenging was Come Into The Light. I introduced two new love interests just for the heck of it to see how Velvet does with so much sexual tension and not ruin her character. Also, I challenged myself to keep the characters diverse while making the paranormal world bigger and more inclusive.

Tell us about the next book you are working on.

Velvet Of Fairlight is the current work in progress. I'm really hoping to have it ready to drop by Halloween this year. And by Christmas, I should have part three of my Outlaw series completed.

Esteemed author Sandra Hall might not be sure about where she was born or what she wanted to do after high school, but writing comics and short stories each week for bulletin boards made her realize that there was something creative in her that she could share with everyone. Sandra writes women's fiction, paranormal, westerns, all with a touch of romance. Sandra relates the most to her book Just Like My Coffee's main character, Jolene. Currently, she is working on her new book, Velvet Of Fairlight which she wishes to drop by Halloween this year. From her first novel, Cheap Red Wine to progressing towards part three of her Outlaw series, Sandra has come a long way and is all set to amaze her readers. 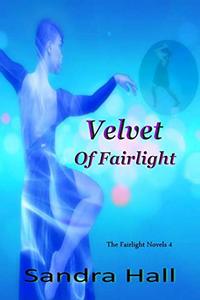 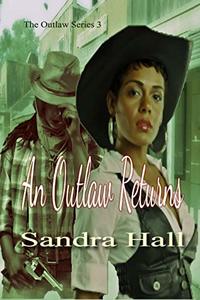 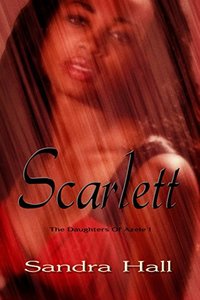 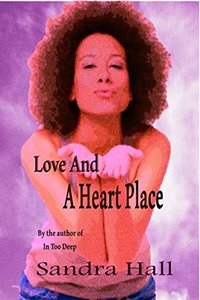 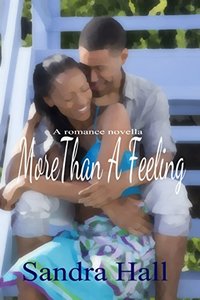 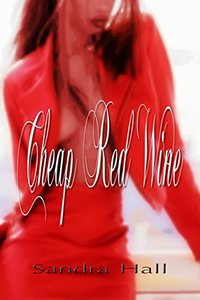 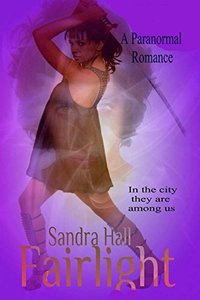 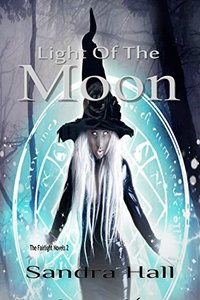 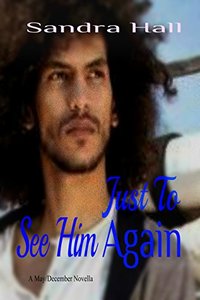 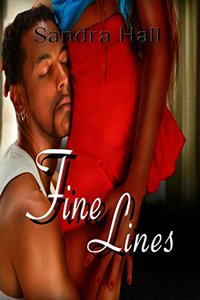 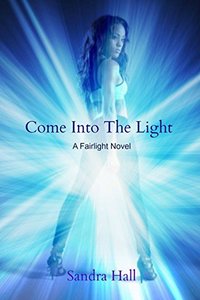 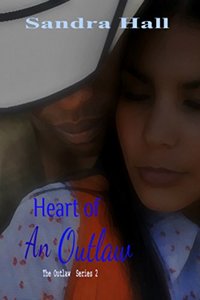 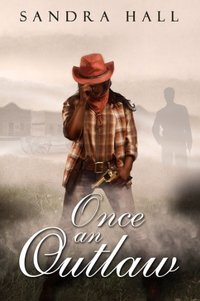 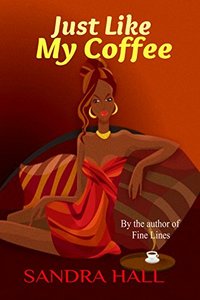 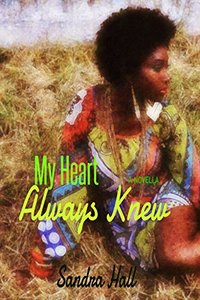 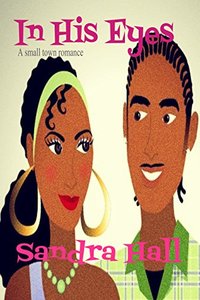 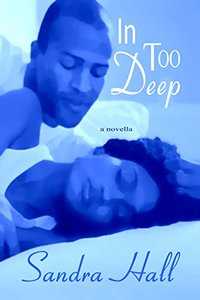