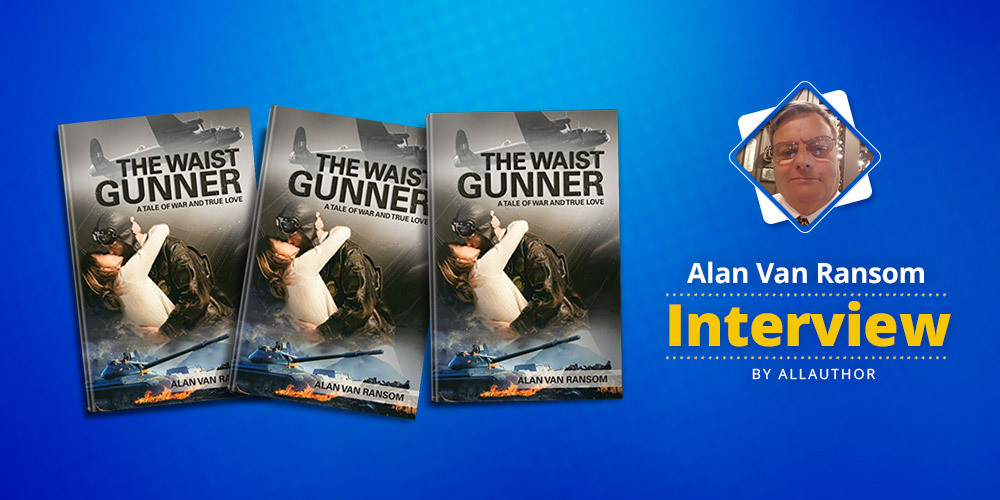 While growing up, did you use to write a lot? What was your first ever piece of writing?

I never actually wrote anything of importance until I was fifty-seven years old. In the midst of all of the thoughts of writing a novel on my own, I had written many articles as a freelance writer. These articles didn’t entail storyline material but were a process to introduce products or ideas to the readers of various websites. These articles included blog posts written by yours truly, and I even wrote articles on my own blog. I have written a significant number of pieces, but still, there was something missing. I needed to express my own feelings in a work that was inspired by and created by me. The Waist Gunner: a Tale of War and True Love was born from these thoughts. This work was released in April of 2019.

How was your love for historical fiction developed?

I have always been a big fan of machinery and weaponry, specifically the development and implementation of such equipment. All of the scenes and the use of the weaponry and equipment that I have portrayed in my writing have been brought to life through a tedious amount of research. I have a profound and very abiding love for not only the weapons of war but also the men and women who have given their lives in the protection of my family.

As a child, what did you want to become when you grow up?

I wanted to be a doctor, but that was not to be. I developed a love for writing in high school, and it’s been a part of me ever since.

What was the first piece of writing that you published? What inspired you to write it?

My first, and at this point, my only, published work is The Waist Gunner: a Tale of War and True Love. This work was actually inspired by a conversation I had with an old girlfriend. That was fifteen years ago, and the thoughts have been with me since. We had discussed the possibility of a World War II pilot crashing in France. He’s rescued by a French family and is cared for by a young French girl. They fall in love, and the rest is history. This storyline nagged at me for years until one day, I decided to write the book. It is much different than she or I had envisioned. The original concept and the finished book are worlds apart. The pilot is now a waist gunner. A young man who is on his first bombing mission. His bomber is shot down, and he parachutes, with massive injuries, into a port city on the coast of France. Love is in the air, as the sub-title would indicate.

Incidents from our personal lives inspire a lot of our writing. Tell us about one such event from your life that became a part of one of your stories.

My father inspired many of my thoughts in the writing of The Waist Gunner Series. My father was a member of The United States Air Force, and therefore I was a military brat. He was part of the Mobile Communications Squadron and the times I spent with him on the base was more than enjoyable for me. He showed me many pieces of equipment, and this sparked a love for the machinery and weaponry that I now write about. My father passed away earlier this year (2019), and I have included him as a character in the second book of the series. (The Waist Gunner: All is Fair in Love and War)

Which writer do you look up to, and why? Which is his/her favorite book of yours?

Strangely enough, Zane Grey is on top of the list of my favorite authors. I’ll explain why. Zane Grey knows how to paint a picture of a character’s surroundings. I have always admired that in an author. My favorite book was The Last Trail, which was released in 1906.

Your latest book, The Waist Gunner: a Tale of War and True Love, has been praised a lot. What inspired the story of the book?

As mentioned before, I have a love for the study of weaponry that was developed early in the 1900s. This equipment and weaponry have been improved, but the necessity for the development and the root of all that is modern had to have a beginning. This love of development has inspired all that I write, along with the teachings of my father. My father not only showed me the equipment but also explained the functionalities in detail.

Who is the first person to read the first draft of your book?

My Aunt Evelyn Scarboro was the first to read any of my writing on The Waist Gunner. She encouraged me in my book. I am forever grateful for her feedback.

A nineteen-year-old Bill McLaughton, a US military waist gunner, has a persistent nightmare, one that he can’t figure out. How difficult is it to bring such characters to life?

The development of a character is much like having a dream. The visions in a dream are sometimes challenging to assemble as a cognitive reality. The character must have a set of boundaries that will establish the outcome and will result in a difficult task in weaving the plot. Everything that a character either does or says will become part of the ultimate scheme. Avoiding unnecessary dialog and actions is like walking through a minefield. Being careful in character development is the ultimate goal.

What are the biggest challenges that you have faced as a writer of historical fiction?

Research is a given. I have spent just as much time researching the intricacies as I have in the writing of the manuscript.

A memoir would be difficult for me to write. I just don’t think that I could truthfully write about my own life in a perspective that would be believable. Embellishment is my ultimate downfall and it would show in my writing.

What are some of the other things you are passionate about apart from writing?

I like to bowl, shoot pool, assemble jigsaw puzzles, play a few rounds of putt-putt golf, and a wide variety of other similar activities.

Always spend time thinking about the book. Many hours of piecing the story together even before you begin writing anything, and that includes the outline. Jumping into an account without the foggiest thought of plot assimilation is a detriment to the whole idea of writing. Once the thoughts have run their course, it is time to start the outline. Be sure the framework is comprehensive. Even the smallest feats of the characters will be essential to document. With that being said, it’s ok to color outside the lines. You can change the storyline, or add to the story as you go along, but be sure to document this in the outline, even if it’s after the fact. When you begin writing, you will be in draft mode. It’s going to be ugly. Don’t worry about this. First drafts are always in need of cosmetic surgery. You’ll probably end up having to read (and edit) your own work a dozen times before you have something to present to your editor.

I am currently writing a sequel to The Waist Gunner: a Tale of War and True Love. The second book in the trilogy will be titled: The Waist Gunner: All is Fair in Love and War. In the first book, Alexandre is a clairvoyant who is dedicated to taking care of his family. In the sequel, his clairvoyance goes further than what I had initially planned. The full sequel will delve very deeply into the supernatural. I’ve experimented with proofreaders as I plod along with the writing, and they all seem to think it’s not far- fetched. I certainly hope that all of my readers feel the same when the product is finished.

How has been your experience of working with AllAuthor? Would you recommend it to your author friends?

AllAuthor has been a boon for getting my work out to the public. I’m a featured author, and it would be my sincerest recommendation for you, as an author, to become featured. The cost is very reasonable and I can’t imagine that I won’t be renewed next year. A sincere thanks to all of my friends at AllAuthor.

Alan Van Ransom developed a love for writing in high school, and it’s been a part of him ever since. He has always been a big fan of machinery and weaponry, specifically the development and implementation of such equipment. He has a love for the study of weaponry that was developed early in the 1900s. His first book, "The Waist Gunner" is very well detailed from start to finish. 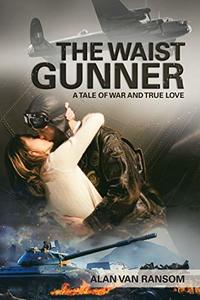