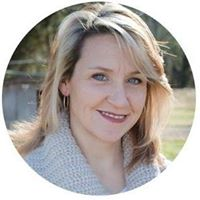 Kelley Griffin is an author, mom to five sons, wife to a marine and a teacher to tiny humans. She pens Romantic Suspense and YA Suspense stories with rich characters and nonstop action.

When she's not barricaded in her office writing you can find Kelley playing cards, inhaling campfires and acting goofy.

Check out her webpage at www.kelleygriffinauthor.com

"Kelley L Griffin was first and foremost a voracious reader as a child. She didn’t dream of becoming an author until her grandma died. Griffin's ability to create intriguing and credible characters is what brings her stories to life. Kelley has a way of making her imperfect characters truly perfect."
Tell us a few things about your early life or childhood. Who was your role model as a child?

I was a tree-climbing, book-toting tomboy who was convinced I’d be tall like my dad (didn’t happen). My role model has always been my mom. She’s smart, snarky, driven, kind, and funny as crap. She makes me strive to be better all the time.

Did you ever dream of becoming an author? What were your dreams during childhood?

I was first and foremost a voracious reader as a child. I began early knowing my letters and sounds at three and reading by 4. I didn’t dream of becoming an author until my grandma (who was a writer) died.

I love the HEA. I love seeing two characters battle all odds of staying alive, while finding their soulmate in the process. The challenges, for me, are procrastination and sex scenes. No lie.

What kind of research did you do, and how long did you spend researching before beginning the book, "Binding Circumstance?"

I actually research as I go. I wanted Leslie’s career as a costume designer to be authentic, so I did follow some internet rabbit holes to dig out information.

How did you begin writing the Kirin Lane Series? How many books do you plan to write in this series?

Kirin stumbling into an elevator and into the hands of the enemy came to me in a dream. Her snark, her absent father issues, and her graceful ability to randomly fall down—all stem from me. Hmmm…how many books? You’ll have to wait and see 😊

I borrow the names of my characters from people who’ve made an impact on my life, but their personalities are a culmination of all those who’ve touched me. I’d say Kirin from the Kirin Lane Series is probably the closest to me. We have so much in common and she was the first character I ever penned.

What inspired the plot of "Entangling"? Do you find it more challenging to write the first book in a series or to write the subsequent novels?

Entangling started off with a dog eared Marine Corps Field manual left to the main character, Kirin, by her estranged father. The book itself is real and sat on a shelf in my house for years. The idea came to me….what if the book had clues buried inside to solve a murder. I find it most challenging to get back into a character’s mind, once I’ve left the series to work on another book. I have to almost re-read the first one, in order to get back inside of their heads.

What are some great books you've read recently and who wrote them?

With writing, marketing, editing, etc. I have several on my nightstand and my TBR pile, but haven’t read for pleasure in many moons. But, some of my favorite authors are Nora Roberts, Jill Shalvis, and Susan Mallery.

Who inspired the character of costume designer, Leslie Carroll in "Binding Circumstance"?

Nobody. Weird, huh? I don’t know any costume designers, but I know when I began writing Leslie, she was a seamstress and sewing in her dining room (that scene was cut, but for me it’s where she began.)

What is some common marketing traps a lot of new authors fall into? Any advice on how to avoid them?

I’d say one trap is thinking that you need to do it all and spreading yourself too thin. Pick three or four avenues and concentrate on those. Also, the sell, sell, sell approach doesn’t work. Make connections with people. That is more fulfilling and it works.

Are you friends with other authors? If so, how have they helped you in your journey as a writer?

Gosh yes. Writing is so solitary. You need a good core group of writers to be successful. Ones that will lift you up when you receive rejections (and you will) and celebrate even the smallest of victories.

I wouldn’t write forensic crime. I don’t know enough about it and I feel like that genre has such an awesome following of people who are passionate about it. I wouldn’t be able to do it justice.

What are your plans for the future? Where do you see yourself as an author in 10 years’ time?

Oh, I like this one. I plan to churn out at least 2-3 books per year from now on. I’d like to have at least 25 for sale within the next 10 years. My goal is to be a full time writer of Southern Romantic Suspense.

Tell us about the next book that you are working on.

Currently, I’m tweaking and finishing the 2nd book in the Kirin Lane Series, pitching to agents a new paranormal romantic suspense entitled—Unequal: Book One in the Casey King series about an anti-autism vaccine causing mind reading abilities and one young woman’s journey to escape the hands of the government and learn how to wield her power. And, I have a YA romantic suspense about a lacrosse player who’s mom and grandma go missing while at a tournament and he must follow the clues to save them.

I have used a few. But, honestly, I like how AllAuthor has free tools to help you promote yourself and they send out promotions for you. It’s reasonably priced and well worth your marketing dollars.

Kelley L Griffin
It’s raw and real. I’m on odd bird that’s not usually a fan of poetry, but this. This collection is thought provoking and heartfelt.

Have brimming questions to ask author Kelley L Griffin? Ask whatever you like, but keep it appropriate.
** Please note that unanswered questions will not appear on the page. Refrain from posting promotional messages.

The author, a good book and you! Contact Kelley L Griffin here.
** Please refrain from spamming and don’t bombard the author with promotional mails/messages. Your IP/Email address may be blocked if found doing so.